When visiting some Lingnan-style architectures such as the Cantonese Opera Art Museum, Nanhai God Temple and Foshan Zumiao Temple, have you ever noticed various pottery sculptures standing atop those buildings? They are the ceramic artworks of characters of traditional Chinese operas, flowers, birds and animals as well as pavilions.

When visiting some Lingnan-style architectures such as the Cantonese Opera Art Museum, Nanhai God Temple and Foshan Zumiao Temple, have you ever noticed various pottery sculptures standing atop those buildings? They are the ceramic artworks of characters of traditional Chinese operas, flowers, birds and animals as well as pavilions.

Actually, most of these sculptures were created by He Zhanquan, an inheritor of Ancient Ceramic Roof Tile Ridge Forming Techniques from Zhongshan. So far, He has been engaged in this industry for over 40 years. The techniques have recently been included in the eighth batch of representative lists of provincial intangible cultural heritage items as well.

Different from ordinary potteries, ceramic roof tile ridges are a combination of dozens or even hundreds of ceramic works, usually with a total length of about 20 meters. They are mainly applied to decorating the roofs of Lingnan-style buildings, enjoying great popularity in China's Lingnan region and Southeast Asia in the Ming and Qing dynasties.

"Making ceramic roof tile ridges is like sharing a story," said He. "For me, they are fabulous artistic synthesis." 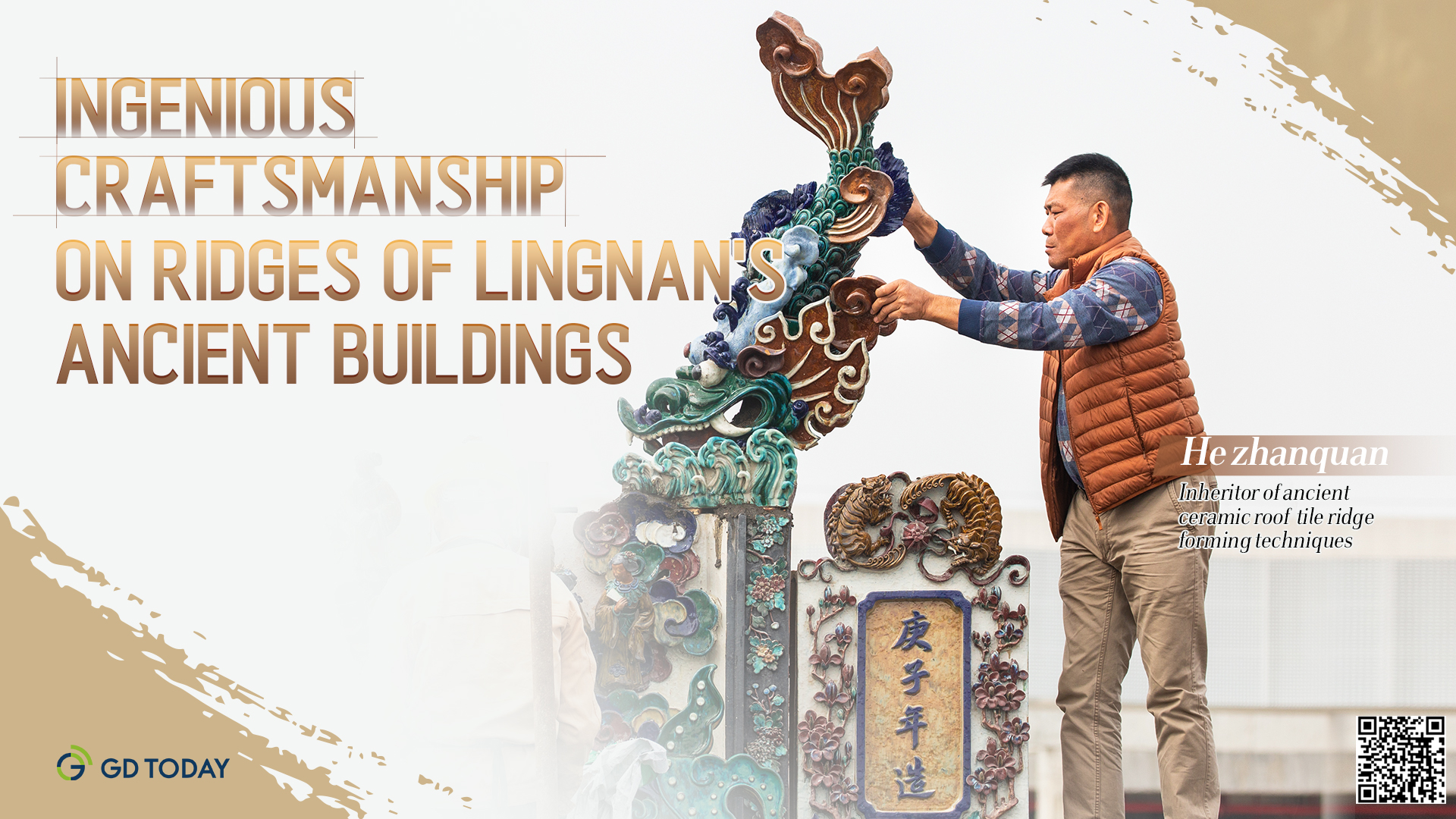 Passionate about ceramics since childhood, He Zhanquan had learned from Foshan's famous craftsman in the field of pottery figurines from the age of 17. Guided by these masters, he got the techniques of making traditional Lingnan-style pottery figurines.

According to He, it usually takes almost a year to restore or create a 20-meter ceramic roof tile ridge. The craftsman needs to take a lot of elements into consideration such as chromatic aberrations and the specific identities of the characters in the original Chinese operas. They also need to refer to numerous related reference materials. 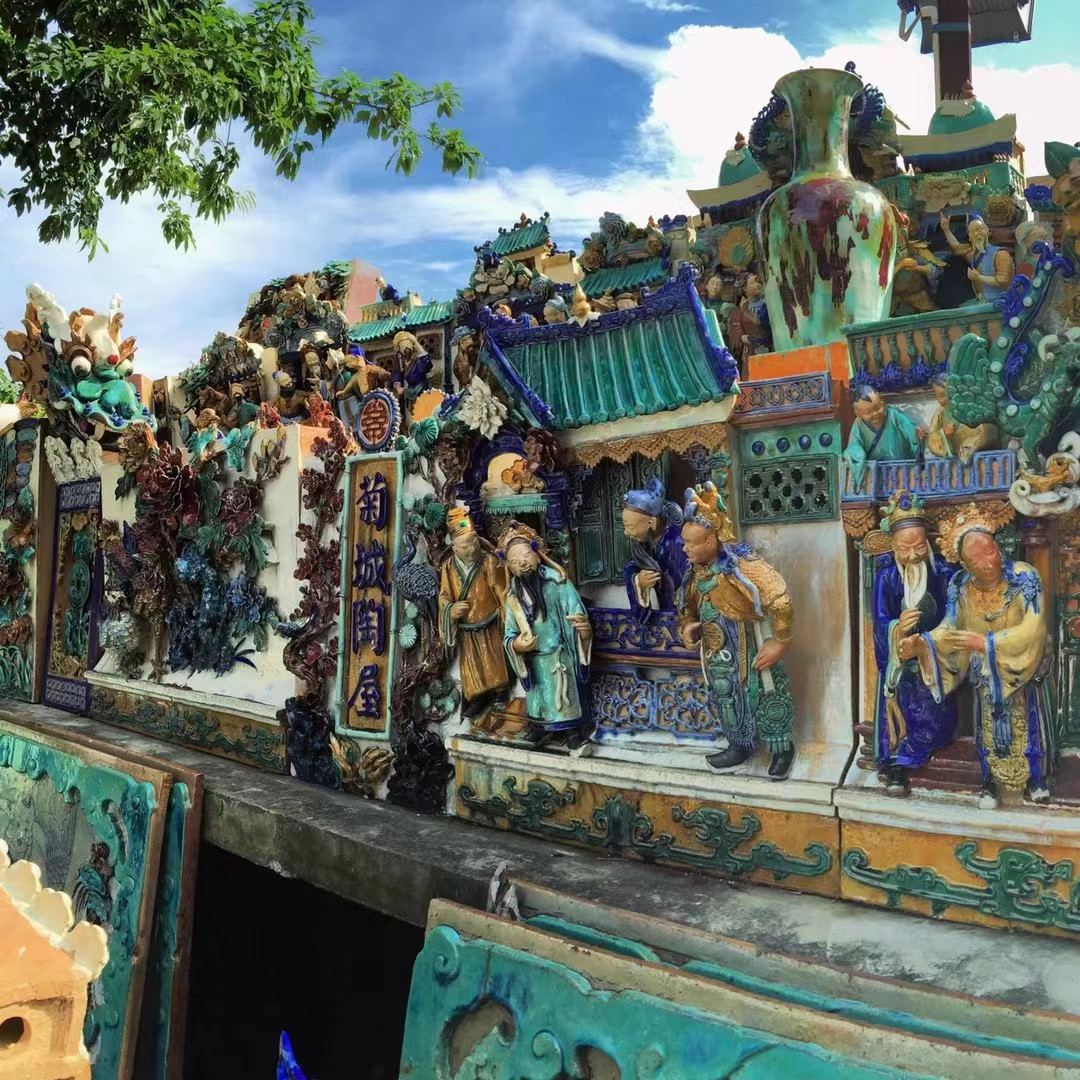 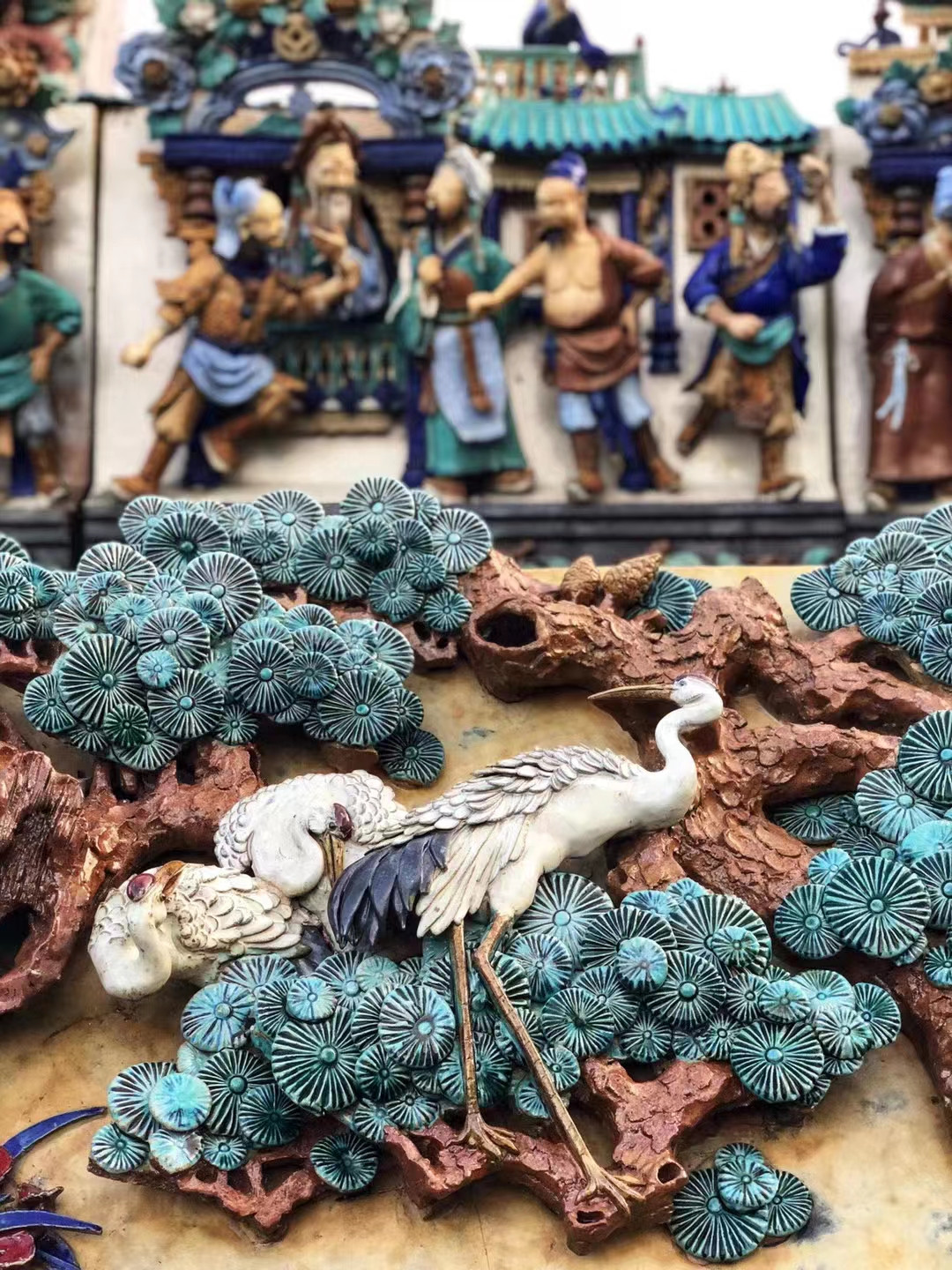 In 1983, He Zhanquan established his own studio in Zhongshan's Xiaolan Town, named Ju Cheng Tao Wu. Up to now, the studio has undertaken more than 40 restoration and construction programs for the ceramic roof tile ridges of both ancient and new buildings in the Guangdong-Hong Kong-Macao Greater Bay Area.

For years, He Zhanquan keeps using the traditional minerals and plants to make the glaze, arranging the experienced craftsmen to control the temperature of the kilns, so as to ensure the natural brightness of the glaze. 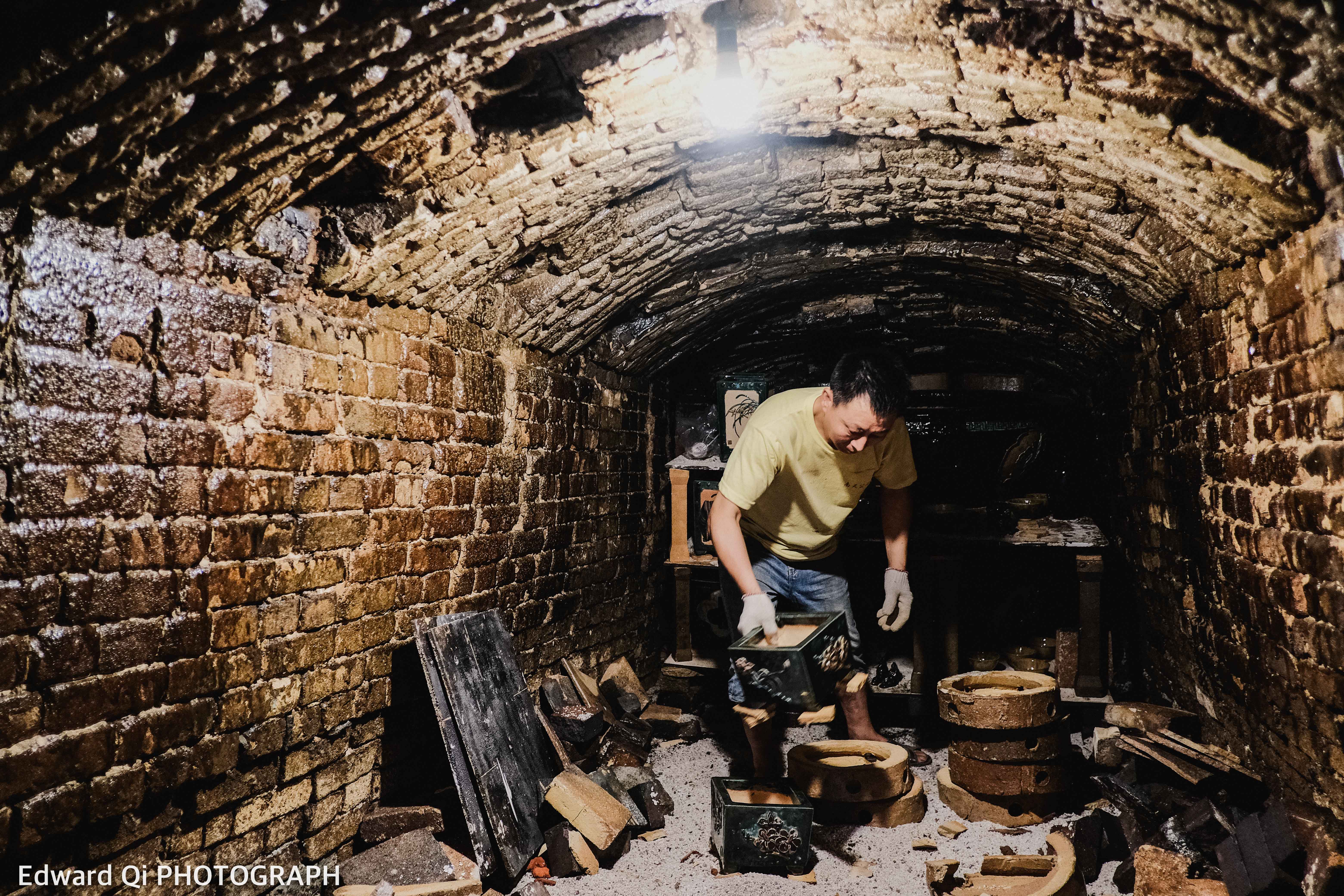 A potter prepares to take the ceramic works outside the kiln. (Photo provided to Newsgd.com)

As He Zhanquan pointed out, roof tile ridges are exposed to the sun and rain since they are placed atop the buildings. Therefore, minerals and plants recommended in the ancient recipes together with high-temperature kilns are necessary to prevent the color fading.

To create a cultural symbol for the current time

He Dazhi, the son of He Zhanquan, has been exposed to the pottery culture from his childhood and learned ceramics from his father. He went abroad to the University of Sydney to major in visual arts. After graduation, he came back to work in his father's studio, endeavoring to make full use of what he has learned abroad to renovate the products while inheriting the traditional techniques.

The father and son work together to make traditional craftsmanship follow the contemporary trends of the time. Currently, they try to integrate the workmanship of making ceramic roof tile ridges into the design of contemporary indoor spaces. They also launch some exhibitions and themed events at the studio and create some products such as pottery-made dolls, glasses, chairs and lamps.

"Based on traditional craftsmanship, we keep up with the times to follow the aesthetic standards and trends of the younger generations and the society," He said. "Only in this way can we create a cultural symbol which can represent the current time and generation."