There is a road in Guangzhou called Baqi Er Malu (Baqi 2nd Road), which was named after the Baqi guild hall nearby. However, even locals who have lived in Guangzhou for about 70 years have never seen it. Whether the guild hall ever existed in Guangzhou has gradually turned into a mystery.

There is a road in Guangzhou called Baqi Er Malu (Baqi 2nd Road), which was named after the Baqi Guild Hall nearby. Baqi Guild Hall is an area for Manchu people (one of China's ethnic minorities) living in non-local places to reunite and have various exchanges. However, even locals who have lived in Guangzhou for about 70 years have never seen it. Whether the guild hall ever existed in Guangzhou has gradually turned into a mystery. 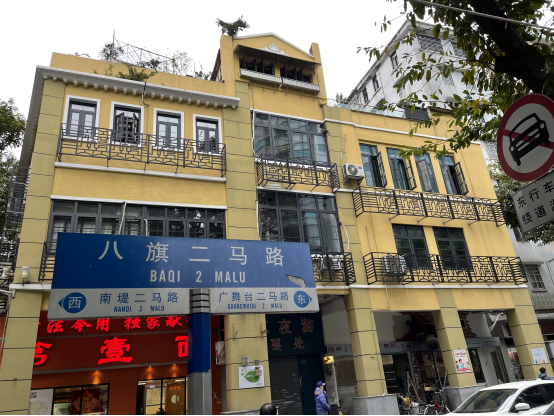 In recent years, there has been a lot of buzz about the existence of the guild hall among people who are enthusiastic about the Manchu culture. Its remains were finally found in Shenshan on the outskirts of the city, with the name "Fengzhidong Baqi Guild Hall" engraved on a stone plaque.

In the Qing Dynasty, most of the Baqi Guild Halls were built in different parts of the country, and their names varied according to the builders. Most guild halls took the name of a certain province as the prefix and were prefixed with the attribute of "Baqi". Therefore, the Fengzhidong Baqi Guild Hall was built by Manchu people from Fengtian, Zhili and Shandong (all Chinese places).

Unexpectedly, in 2020, during the epidemic prevention period, another Baqi Guild Hall was found on Guangzhou's Haopan Street through written records.

A copy of "Overview of New Guangzhou" published in1942 was found in the Sun Yat-sen Library of Guangdong Province. The book contains information about municipal primary schools in Guangzhou. Among them, it is recorded that the house of a Baqi Guild Hall has since become the 27th Municipal Primary School. Since many schools run by the country after liberation came from the old schools before liberation, the current Haopan Street Primary School may be the old 27th Municipal Primary School, which was once a Baqi Guild Hall. 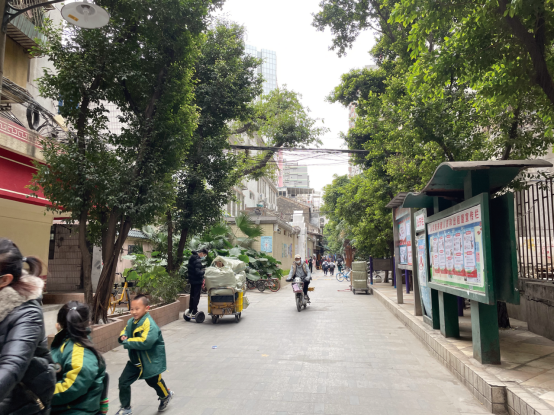 In order to improve the situation during the period of the Republic of China, many old public properties, such as temples, ancestral halls, academies and guild halls, were turned into schools. For example, the Guangxiao Temple, the Yuanmiao Temple, the Chen Clan Academy, the Mingda Academy and the Chaozhou Guild Hall were turned into schools. Except for the Guangxiao Temple and the Chen Clan Academy, all others are still schools today.

Haopan Street in the Qing Dynasty was a waterway. It was once a prosperous place for commerce. Businessmen from all over the country had built their guild halls there. Therefore, it is not surprising that the Manchu people from different provinces had also built a Baqi Guild Hall there too, just like the people from Fengtian, Zhili and Shandong who built the Fengzhidong Baqi Guild Hall near the Baqi 2nd Road. The Fengzhidong Baqi Guild Hall was built during the reign of Emperor Guangxu (1871-1908). The guild hall on Haopan Street may have been built earlier than that. Who built it? When was it built? What's the scale? What's the relationship between the Fengzhidong Baqi Guild Hall and the guild hall on Haopan Street? These questions remain unanswered.