Starting from now on, you will be able to enjoy wonderful symphonies presented by the Guangzhou Symphony Orchestra during your journey when taking the Guangzhou Metro Line 18.

Starting from now on, you will be able to enjoy wonderful symphonies presented by the Guangzhou Symphony Orchestra during your journey when taking the Guangzhou Metro Line 18.

On the morning of January 24, the Panyu Square station of Guangzhou Metro Line 18 was filled with joyful music — a special performance by the "Brilliant Brass Quintet" from the Guangzhou Symphony Orchestra (GSO). 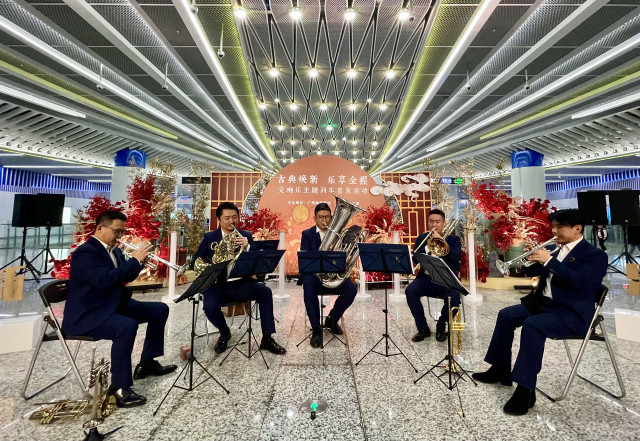 Here, Guangzhou Metro and GSO held a symphony concert and the debut ceremony of the symphony metro train. This is the second event of Guangzhou Metro's 2022 "Wonderful Journey of Cultural Subway" Activity Series, as well as the first themed train on Line 18, which will run until late March.

It is the first time that Guangzhou Metro has launched a "symphony train". Passengers can scan the QR code on the train, read the guiding page, and listen to the specially selected live recording of the GSO.

Taking the Chinese zodiac as the creation background, the visual design of the symphony train includes 12 world-famous classical musicians and composers corresponding to the zodiac, integrating the symphony with the traditional culture of the Spring Festival. 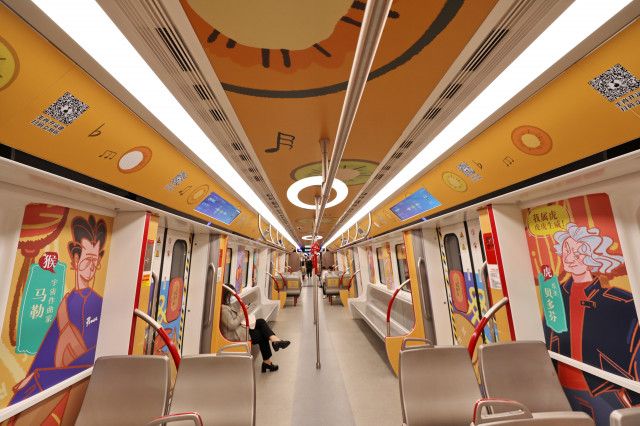 In 2022, Guangzhou Metro is going to hold an influential cultural event every quarter and a special cultural activity each month, presenting a cultural feast throughout the year, so as to attract passengers' attention to traditional culture and further strengthen the diffusion of fine traditional Chinese culture, red culture, Lingnan culture and Cantonese culture.