"The core of building a global community is love,” said Hatoyama Yukio, former Japanese Prime Minister. “In addition, mutual respect is another important factor for the community.”

"The core of building a global community is love,” said Hatoyama Yukio, former Japanese Prime Minister. “In addition, mutual respect is another important factor for the community.” 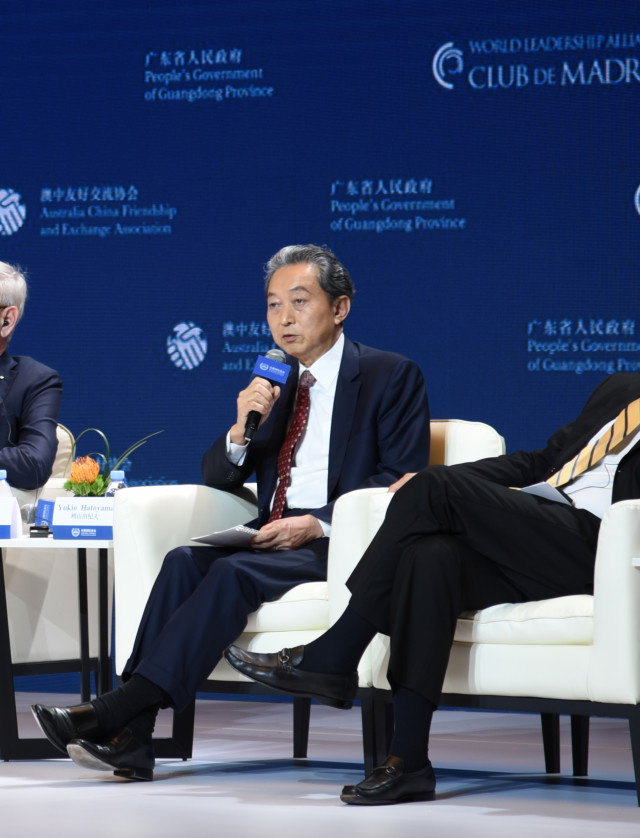 On the occasion of the 50th anniversary of normalization of China-Japan diplomatic ties, the former Prime Minister shared his views on Sino-Japan relationship with GDToday during the 2021 Imperial Springs International Forum.

2022 marks the 50th anniversary of normalization of China-Japan diplomatic ties. However, it seems that a shadow is cast over the bilateral relationship by former Japanese Prime Minister Shinzo Abe, due to his recent erroneous remarks on Taiwan.

As far as Mr. Hatoyama is concerned, the action that the Japanese Government has taken was highly depended on the US’s decision. He is afraid that the high level of dependency between Japan and the US will cause a negative impact on Sino-Japan relationship. 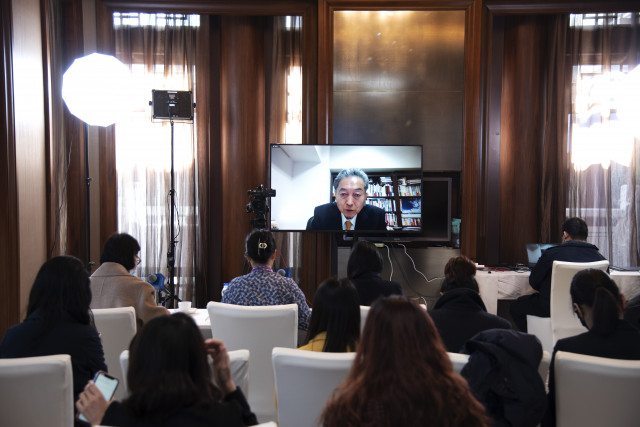 Mr. Hatoyama indicated that Mr. Abe’s remarks on Taiwan issues reflect that Japan has intensified its strategic ties with the US.

"Japan and the US should understand the 'One-China Principle' and made correct decisions on Taiwan issues rather than inciting and supporting the ideology of 'Taiwan Independence'". Mr. Hatoyama stressed.

"In fact, a great number of people in Japan have realized that the Sino-Japan relationship cannot be continued to worsen," said Mr. Hatoyama. "Especially in the field of economy, in fact, trade volumes between China and Japan have exceeded the volume between the US and Japan."

In order to get the relationship back on track, Mr. Hatoyama has devoted himself to civil exchanges between China and Japan. Furthermore, in his opinion, youngsters in Japan have misunderstanding on World War Ⅱ, because of a lack of education on the real history.

"I have been to Nanjing and Chongqing for visiting the Memorial Hall of the Victims in Nanjing Massacre by Japanese Invaders and the ruins of the Chongqing bombing Massacre," he said. "I hope that more Japanese youngsters can learn the atrocity that the Imperial Japanese Armed Forces perpetrated during the aggression against China through my practical action."

Formed by 9 cities in the province of Guangdong and 2 Special Administrative Regions, the Guangdong-Hong Kong-Macao Greater Bay Area (GBA) is one of the most open and economically dynamic regions in China.

Statistics showed that the GDP of the Greater Bay Area amounted to around 1,668.86 billion USD in 2020.

In September this year, China released two plans for the Guangdong-Macao in-depth cooperation zone in Hengqin and the Shenzhen-Hong Kong Modern Service Industry Cooperation Zone in Qianhai, in a bid to spur the development of the GBA and enhance free flow of factors as well as cross-border collaboration.