Pakistani Ambassador to China: Architects of multilateral systems now seek to undermine it

The virus “has brought the entire world to its knees”, said Moin ul Haque. He furthered that this is the time when global solidarity and multilateral collaboration are most needed, but it seems that the countries who built the architecture of today’s multilateral system are now seeking to undermine it.

The virus “has brought the entire world to its knees”, said Moin ul Haque, Ambassador of Pakistan to China, reflecting on the ongoing war against COVID-19.

“Our economies have been shattered. Our way of life and way of work are not as they used to be.” He furthered that this is the time when global solidarity and multilateral collaboration are most needed, but it seems that the countries who built the architecture of today’s multilateral system are now seeking to undermine it. 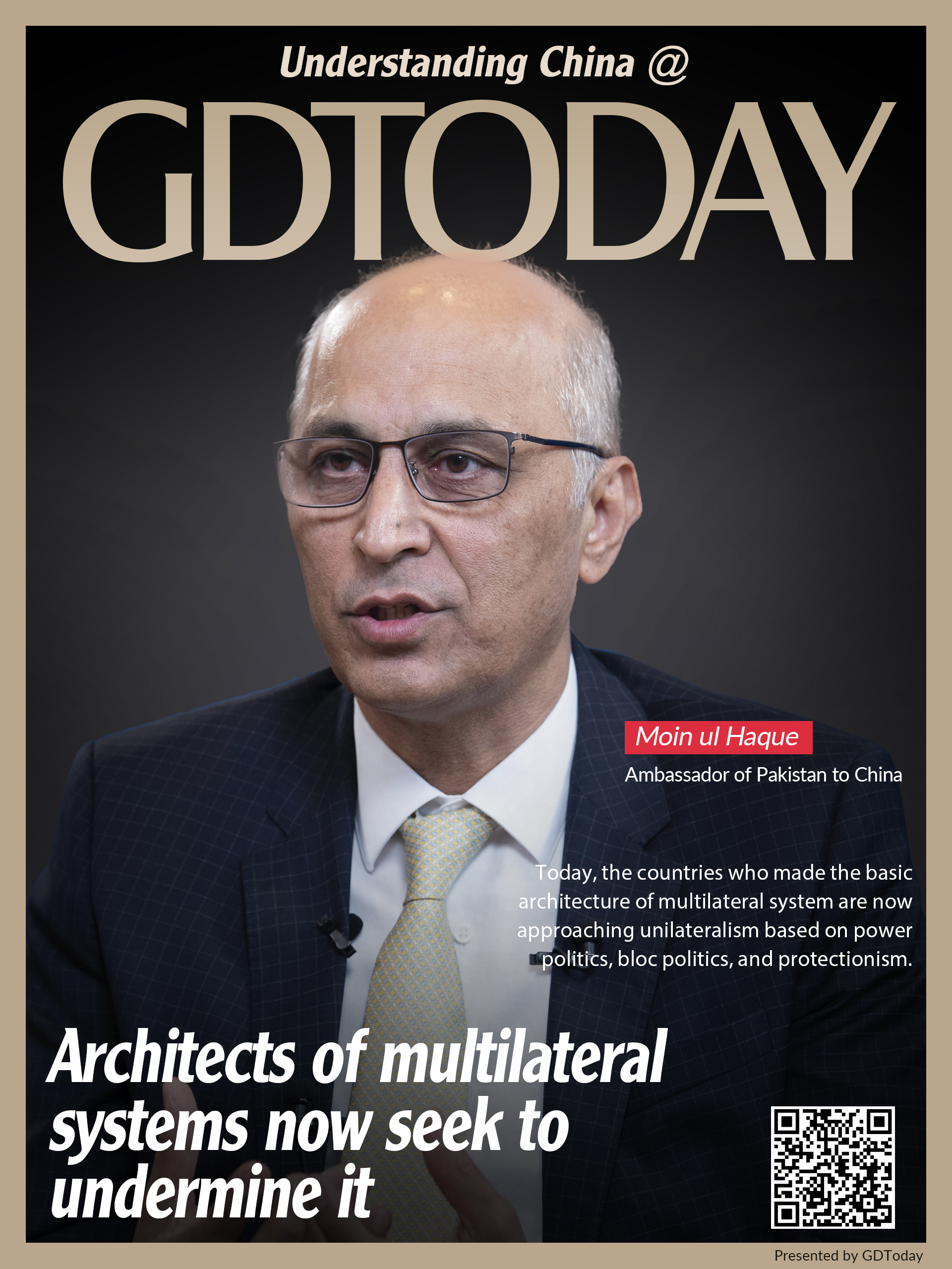 The United Nations was established on the ruins of World War II, laying the foundation of the multilateral system in the world, with the aims of maintaining international peace and security, protecting human rights, delivering humanitarian aid, promoting sustainable development, and upholding international law.

However, at this moment when the world is again undergoing unprecedented changes, such as pandemic, climate change, and extremism, the multilateral system is being challenged and weakened.

“Certain countries are now heading towards approaches which are unilateral, based on power politics, bloc politics, and protectionism,” Haque pointed out.

He called on international community to uphold “a very strong multilateral system where countries, on the basis of equality can work”.

“We can’t have a system of elites,” he stressed, where a few countries can impose their will on the others. We require “respect for other countries, for their cultures, for their historical past and experiences, for their development”.

China, voice of responsibility in fight against the pandemic

From the perspective of Haque, “China has been a voice of responsibility in multilateral system”, and it has played an important role in the World Health Organization, in terms of controlling and preventing pandemic and helping developing countries.

He spoke highly of China’s fight against the pandemic. “I’ve been here for almost 14 to 16 months, and I have been traveling around many parts of China. I can do that because it is now the safest country in the world.”

He shared his experiences of visiting Wuhan, Hubei province, which was once the epicenter of the COVID-19 outbreak in China last year. “I was there this year when Wuhan celebrated, on 8 April, the one year of coming out of the lockdown. And people were very happy at that time. They have not had a single case since last year.”

Besides controlling the pandemic domestically, China has also been helping out other countries and has provided over 1.8 billion doses of COVID-19 vaccines to more than 120 countries and organizations.

In economic terms, Haque believes that the Belt and Road Initiative (BRI) and China-Pakistan Economic Corridor has boosted the social economic development and employment, fostered poverty alleviation, as well as improved people’s living standards in Pakistan and other related countries, which prepared them for the economic fallout from the pandemic.

“So we were there already when the pandemic hit us. We were able to withstand that pressure because of the dividends that we have accrued from the BRI,” said Haque.

He hopes such mutual support between countries will continue, and the international community can share their resources and experiences “to fight not only this pandemic, because we can foresee more crisis there will be in the future in the public health sector.”

“We need to work together and help each other in this extremely difficult times,” said Haque.