China respects counterparts while some countries always impose inappropriate system to others: Ambassador of Malta to China

"True multilateralism comes from the true understanding of people and each other's cultures, each other's histories, and each other's backgrounds." John Aquilina, the Ambassador of Malta to China, shared his point of view with GDToday at 2021 Imperial Springs International Forum.

"True multilateralism comes from the true understanding of people and each other's cultures, each other's histories, and each other's backgrounds." John Aquilina, the Ambassador of Malta to China, shared his point of view with GDToday at 2021 Imperial Springs International Forum. He stressed that global issues cannot be resolved within the boundaries of any one nation or one state. "We need a global strategic vision to resolve many challenges." 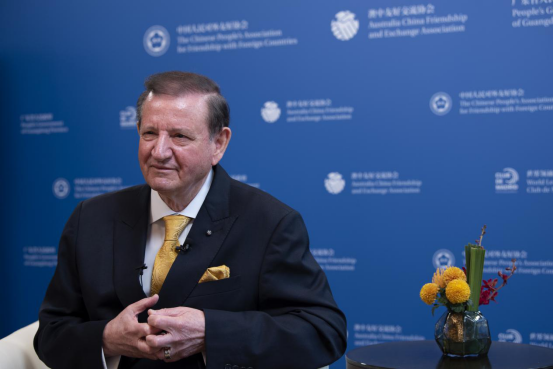 As Chinese Vice-President Wang Qishan said at the forum, the world is at a new crossroads, and the international community needs more than ever to build consensus, strengthen confidence and promote common development.

Mr. Aquilina believes that people gather at this forum to find answers. He indicated that the biggest global challenge facing the world is coronavirus and commended China's role in this respect. "The only answer to resolve coronavirus is to vaccinate the world," said Aquilina, "President Xi Jinping promises to donate and contribute one billion doses to Africa over the coming years. It's an incredible commitment, which shows China's concern to resolve the COVID-19. "

As the first country that proposing to make COVID-19 vaccines a global public good, China has provided more than 1.8 billion doses of vaccines to more than 120 countries and international organizations, of which about 180 million doses were provided to Africa, covering almost all African countries.

In October this year, the government of China has also issued an action plan to peak carbon dioxide emissions before 2030.

According to the action plan, by 2030, the share of non-fossil energy consumption will be around 25 percent, and carbon dioxide emissions per unit of GDP will drop by more than 65 percent compared with the level registered in 2005.

In addition, a promise has been made that China will achieve carbon neutrality by 2060 and fully establish a clean, low-carbon, safe and efficient energy system, with energy efficiency reaching an advanced international level.

"This is a huge commitment by China," said Mr Aquilina, “that is a combination of the whole of Europe changing its production of energy. What a huge undertaking China is making in this regard!”

However, despite the efforts of China, there are still some negative voices from western media. "The media can only present a small version of what the situation really is, and it cannot make people really feel or understand what happens," Mr. Aquilina commented.

"There's no greater fear than fearing the unknown." In his mind, those who are outside China fear and misunderstand China because they still have poor knowledge of the living standard of China and how Chinese people feel and work, as well as what they aspire to do.

2021 marks the 100th anniversary of the founding of the Communist Party of China. In this year, the promise of building a moderately prosperous society in all respects were realized, and more than 100 million people, as well as 832 impoverished counties in China have shaken off poverty.

The Guangdong-Hong Kong-Macao Greater Bay Area (GBA), where the forum took place, is one of the most open and economically dynamic regions in China.

In September this year, China released two plans for the Guangdong-Macao in-depth cooperation zone in Hengqin and the Shenzhen-Hong Kong Modern Service Industry Cooperation Zone in Qianhai, in a bid to spur the development of the GBA and enhance free flow of factors as well as cross-border collaboration. 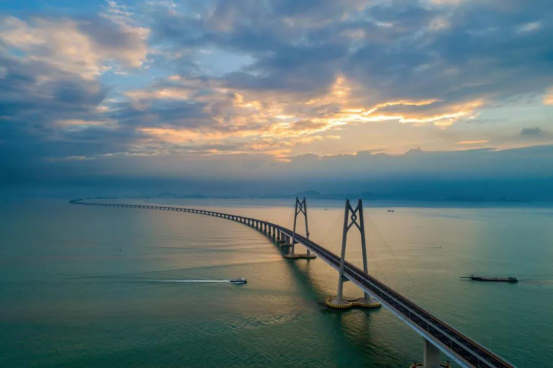 Mr. Aquilina came to Shenzhen for the 40th anniversary of the Shenzhen Special Economic Zone and was impressed by its transformation from a fishing village to a "major metropolis" and "one of the biggest and most commercially successful cities in the world".

"I think it (the GBA) is an outstanding example of what can be achieved," he said, "That's for sure that even for China, what has happened here in the Greater Bay Area is going to provide an excellent model of what can be done elsewhere."

The GBA is one of the world's four largest bay areas. According to the WIPO, the "Shenzhen-Hong Kong-Guangzhou Technology Cluster" here ranked second in the global innovation index last year.