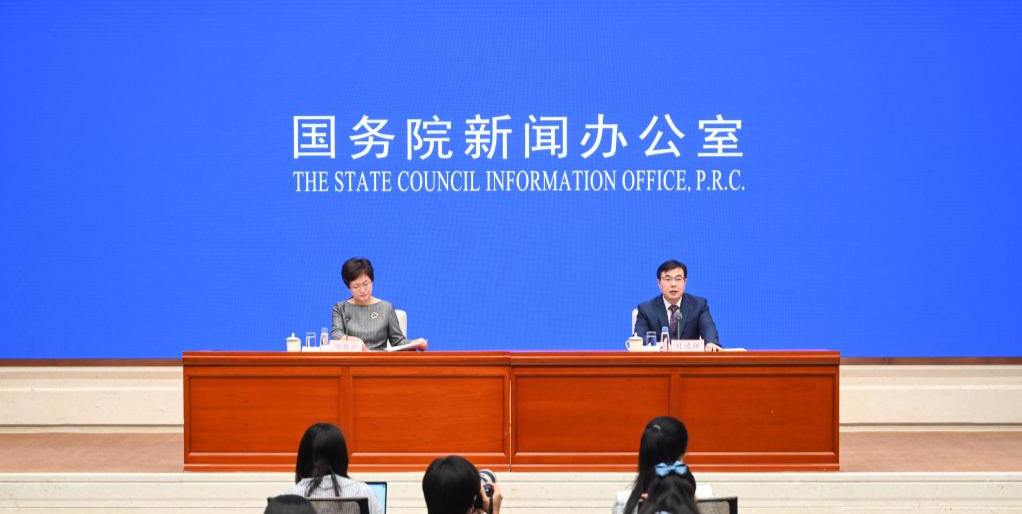 China's value-added industrial output went up 3.8 percent year on year in July and 0.38 percent over June, data from the National Bureau of Statistics (NBS) showed Monday.

Thanks to the steady economic recovery, the country's surveyed urban unemployment rate continued to drop in July, down from 5.5 percent in June to stand at 5.4 percent last month.

The continued economic recovery in July didn't come by easily as the country had to deal with sporadic domestic COVID-19 flare-ups and high temperatures in many regions, NBS spokesperson Fu Linghui told a press conference.

Fu pointed out that the Chinese economy's upgrading and transformation also pressed ahead.

In July, the output of new energy vehicles and solar cells rose 112.7 percent and 33.9 percent year on year, respectively.

In the January-July period, the added value of high-tech manufacturing increased 9 percent year on year, and investment in high-tech industries climbed 20.2 percent.

"However, the economy is still in the process of recovery with the insufficient market demand as a big constraint," Fu said, adding that the foundation for economic recovery needs to be consolidated.

Newly added social financing, a measurement of funds that individuals and non-financial firms receive from the financial system, came in at 756.1 billion yuan (about 112.16 billion U.S. dollars) last month, down 319.1 billion yuan from the same period last year, data from the country's central bank showed.

Fu expected that the household consumption will gradually recover with more sophisticated epidemic prevention and control and pro-consumption policies. In particular, the preferential policies for automobile and home appliance consumption will drive the sales growth of big-ticket items.

As the blocking points of the industrial and supply chains are gradually being addressed, key industries such as automobiles are resuming normal production, which will continue to play a supporting role for China's industrial growth.

"With joint efforts, the economic recovery momentum is expected to sustain," Fu said.