Inside Congress | How provincial congress of the CPC works?

As there is a stipulated set of procedures for local CPC congresses, through this Congress, we can closely observe how the Communist Party of China (CPC) leads at provincial level.

The 13th CPC Guangdong Provincial Congress will kick off on May 22 in Guangzhou. 905 delegates from across Guangdong are expected to attend this quinquennial event.

As there is a stipulated set of procedures for local CPC congresses, through this Congress, we can closely observe how the Communist Party of China (CPC) leads at provincial level.

Why the CPC congress matter?

Being the core of China’s leadership, the CPC holds its National Congress every 5 years, during which it sets explicit tones for the development of both the Party and the country over the following years. Under the National Congress, there are local Party congresses at provincial level, city level, and county level.

At the provincial level, the congress delegates hear and examine the report of the province’s Party committee as well as the report of the commission for discipline inspection. The congress is also a public venue for electing the next provincial Party committee, the provincial commission for discipline inspection, and the delegates to the upcoming CPC National Congress, which will be held in the second half of 2022 in Beijing. 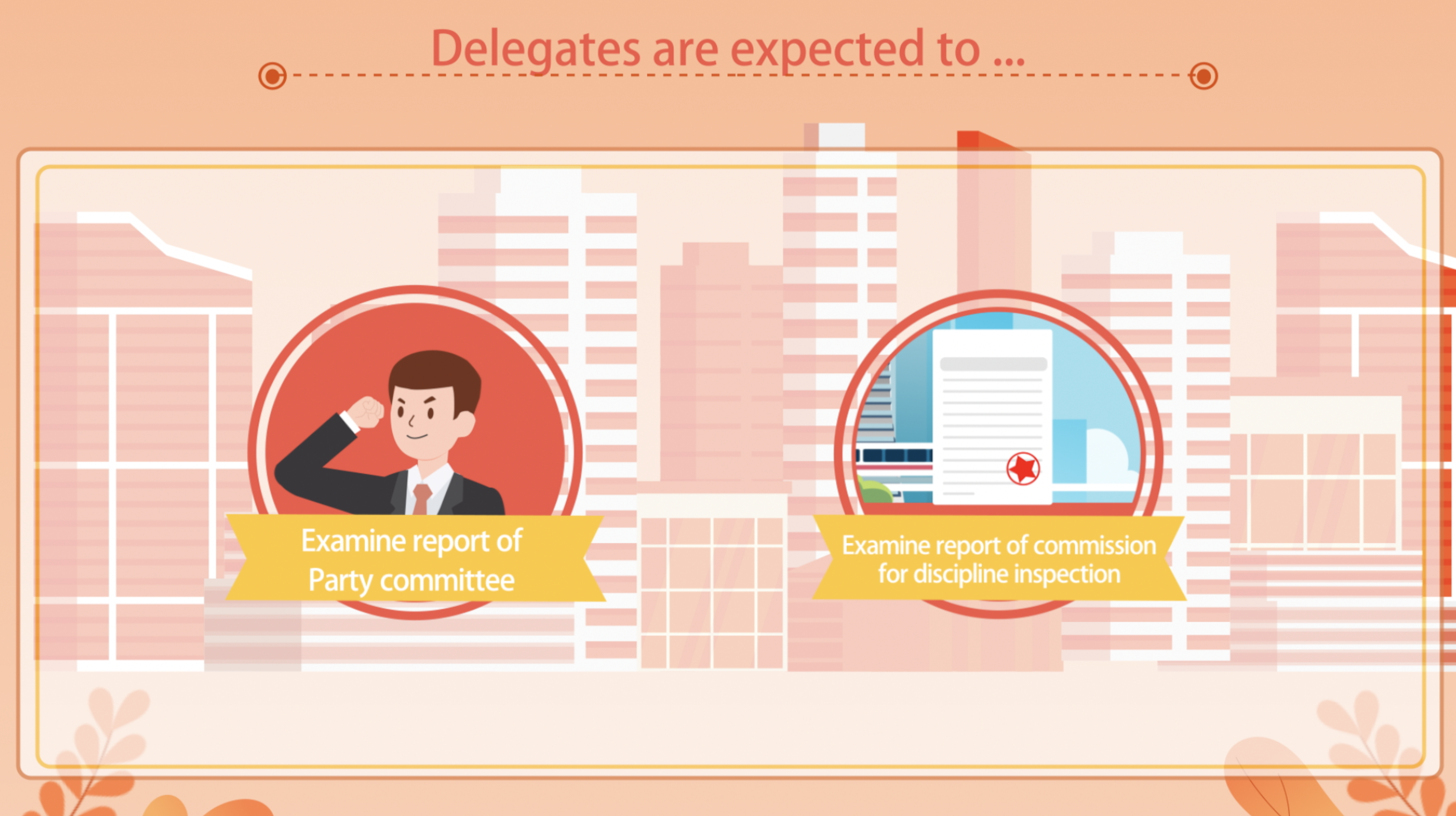 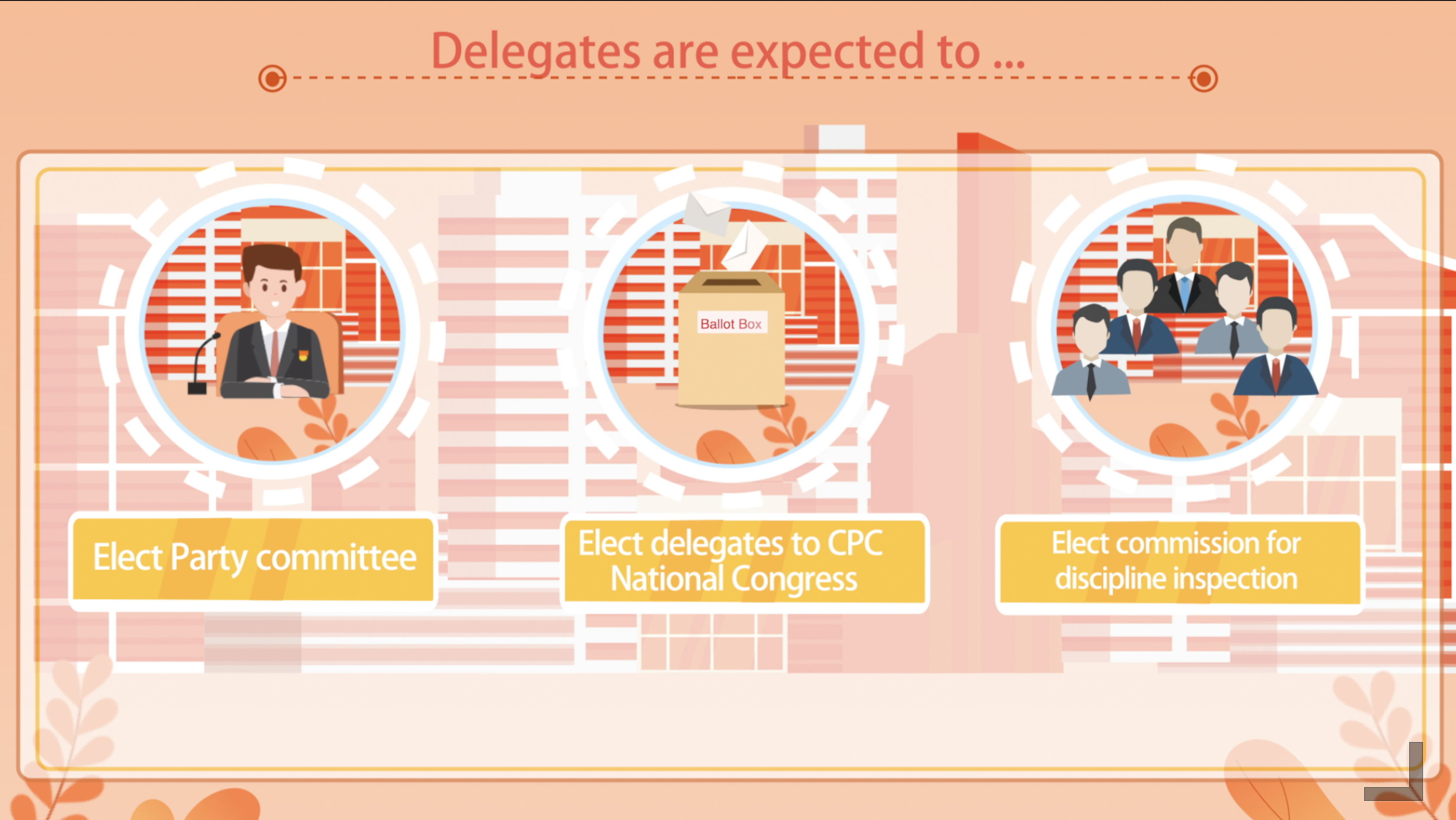 How are the delegates elected?

According to statistics released by the Organization Department of the CPC Central Committee, the CPC has over 95 million members as of June 5, 2021. Party members must pass rigorous screening procedures to become delegates to CPC congresses.

“Most of the delegates are model people,” said Xia Lu, associate professor at the School of Marxism Studies, Renmin University of China (RUC) and research fellow at RUC National Academy of Development and Strategy. “They have a high level of morality and long-term commitment not only to their daily job but also to the greater public good.”

According to Xia, the local Party organization will first collect public opinion to find out potential candidates that are favored to represent Party members’ interests. The list of candidates will be announced to the public for feedback for at least 5 days.

Having passed all the vetting procedures, candidates are ready for election. All Party members of the local organization can vote. The number of candidates must be at least 20 percent more than the number of delegates to the local Party congress.

Party members from different social categories such as teachers, sci-tech professionals, businessmen, farmers, and migrant workers should all have representation. Front-line workers and farmers should make up at least 30 percent of the total delegates.

Why is intra-Party democracy important？

According to China: Democracy That Works, the CPC practices democracy in the process of elections, decision-making, management, and oversight. When formulating the 14th Five-Year Plan under the guidance of the CPC Guangdong Provincial Committee, Guangdong solicited around 2,000 different opinions from Party representatives of local government officials, grassroots workers, experts in economic and social fields, and retired senior Party officials, as well as non-Party members, as shown on the official website of China’s National Development and Reform Commission.

“The containment of power which involves the checks and balances is another major characteristic of intra-Party democracy,” Xia said. “It means that all the powers are given by the people, so all the powers should be held responsible for the people.”

“We could argue that the elections and other kinds of practices in the Party could be an example for the entire country,” Xia furthered, “Intra-Party democracy has advanced China’s whole-process people’s democracy and lets the Chinese people know that we can practice democracy in our own way.”