Team China's bronze medal in the men's 4x100 meters relay at last year's Tokyo Olympics has officially been recognized by the International Olympic Committee (IOC) after Team Great Britain were stripped of the silver over a doping violation. 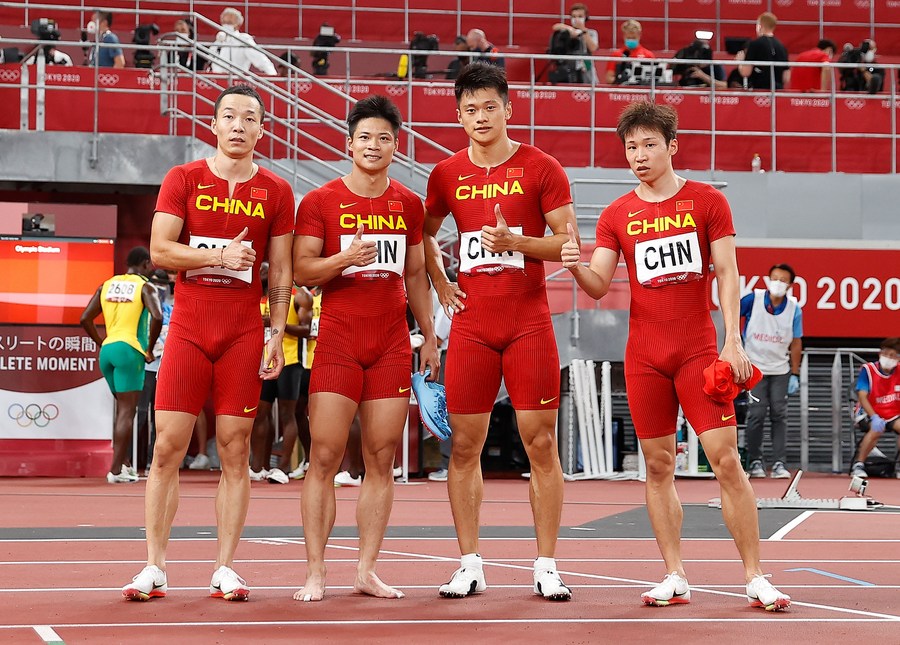 Team China's bronze medal in the men's 4x100 meters relay at last year's Tokyo Olympics has officially been recognized by the International Olympic Committee (IOC) after Team Great Britain were stripped of the silver over a doping violation.

The IOC's executive board approved the reallocation of medals during Thursday night's meeting, with Team Canada moving up into the silver medal position.

The Chinese quartet of Su Bingtian, Xie Zhenye, Tang Xingqiang and Wu Zhiqiang posted a time of 37.79 seconds to finish behind Italy, Great Britain and Canada in Tokyo. However, the Court of Arbitration for Sport (CAS) had found that English sprinter Chijindu Ujah had committed an anti-doping rule violation and his team's result from the 4x100m relay had been disqualified.

CAS acknowledged that Ujah had not challenged the decision in his written submissions to the hearing and that he claimed he had "not knowingly or intentionally doped". "I'm sorry that this situation has cost my teammates the medals they worked so hard and so long for, and which they richly deserved. That is something I will regret for the rest of my life," Ujah said in a statement in February.

The latest twist in the Olympic relay drama meant China have clinched their first ever Olympic medal in a relay event. It also increased China's medal count in Tokyo to 89 medals – 38 gold, 32 silver and 19 bronze.

To get upgraded to bronze represented another huge boost for China's up-and-coming track and field team, who put up a brilliant performance in Tokyo.

Su made history by becoming the first Chinese and Asian-born runner to make the 100m final before leading Team China to the men's 4x100 meters relay final. Gong Lijiao and and Liu Shiying also scaled new heights after bagging the gold in the women's shot put and javelin throw respectively.

"Chinese relay teams now are extremely competitive," beamed World Athletics President Sebastian Coe during a press conference in Tokyo last year. "You have seen the bandwidth of talent that has emerged and is emerging in the field as well. Su Bingtian is a really good example of the progress that is now being made in the short distances."

"China has been on an upward trajectory for a number of years across many more disciplines," he added.