Guangdong unveils its top 10 archaeological discoveries for a decade

The archaeological findings cover settlements, burials, kilns, city walls and a trade site along the maritime silk road. The histories of the sites range from the Paleolithic period to the Republic of China.

On April 16, the Guangdong Province Conservation Association on Monuments released the provincial top 10 archaeological discoveries for the previous decade.

The archaeological findings cover settlements, burials, kilns, city walls and a trade site along the maritime silk road. The histories of the sites range from the Paleolithic period to the Republic of China. The archaeological efforts cover both overground and underwater projects, providing important materials for the study of Guangdong's historical and cultural evolution in different periods. 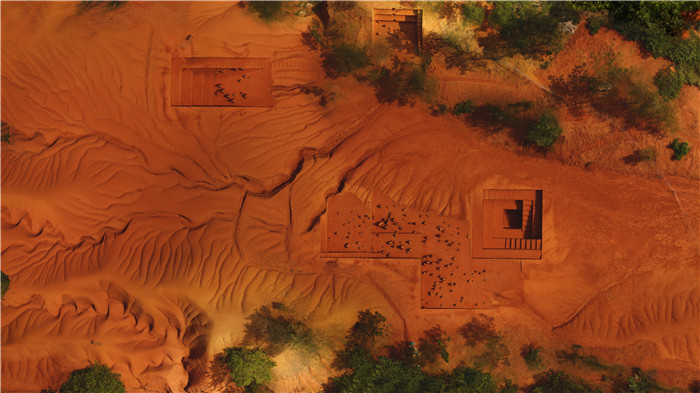 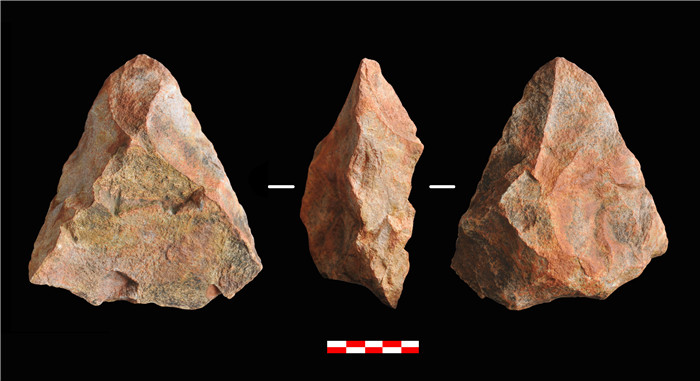 With nearly 400 unearthed stone-made artifacts, the Yunan Modaoshan site is Guangdong's oldest. Human cultural relics from the Paleolithic period dating back from 800,000 to 600,000 years ago have been found. The discoveries at this site help to fill in the blanks of Guangdong's culture in the Paleolithic period, bringing forward the history of the earliest human activities in this region from about 130,000 years ago to hundreds of thousands of years ago. 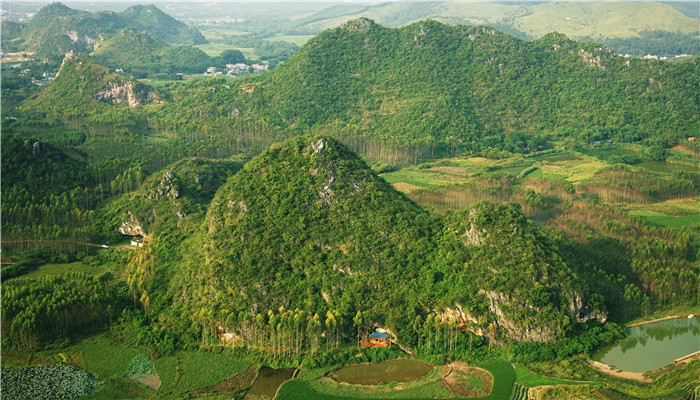 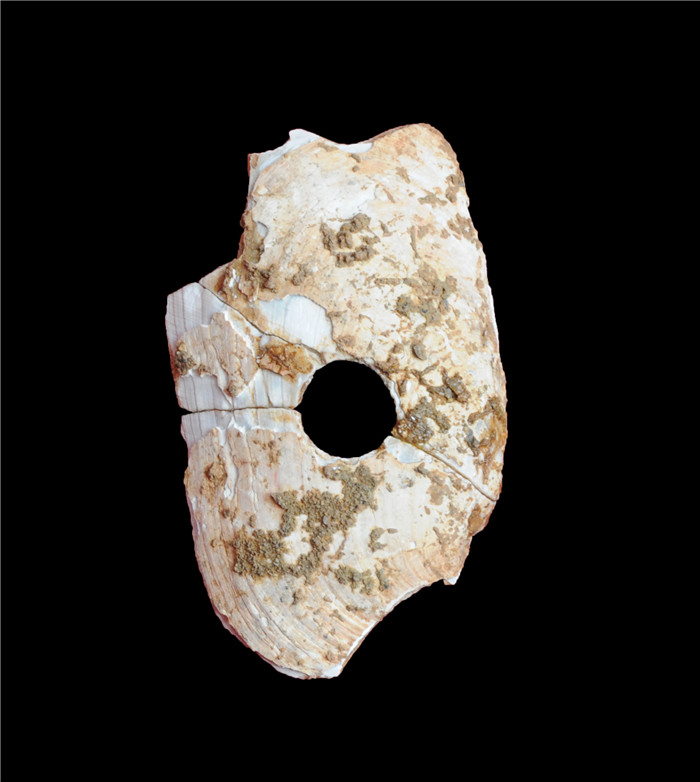 Yingde Qingtang site covers a variety of caves as well as many important ruins such as tombs and ancient Chinese fireplaces. More than 10,000 pieces of cultural relic samples were unearthed, including Guangdong's oldest potteries, fossils of ancient humans, stone-made artifacts, mussel-made artifacts, animal bones and vegetal remains, establishing a continuous stratigraphic and cultural sequence dating back from about 25,000 to 10,000 years ago. 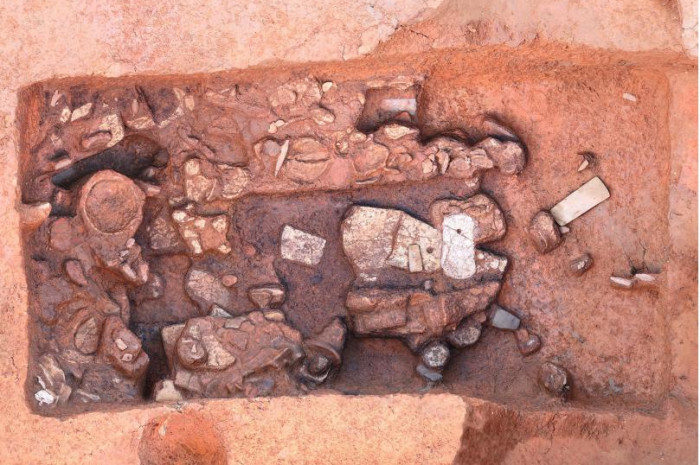 In Yingde Yanshanzhai site, nearly 2,000 pieces of cultural relic samples of all kinds were unearthed, including potteries, stone-made artifacts, jade wares, bronze wares, human bones as well as some wooden remains. Importantly, archaeologists have discovered 76 tombs of the late Neolithic period at the site, so their location can be considered to be a cluster of ancient tombs. The Yingde Yanshanzhai site is known as the largest ancient settlement in Lingnan region dating back from the Neolithic period to Xia and Shang dynasties. 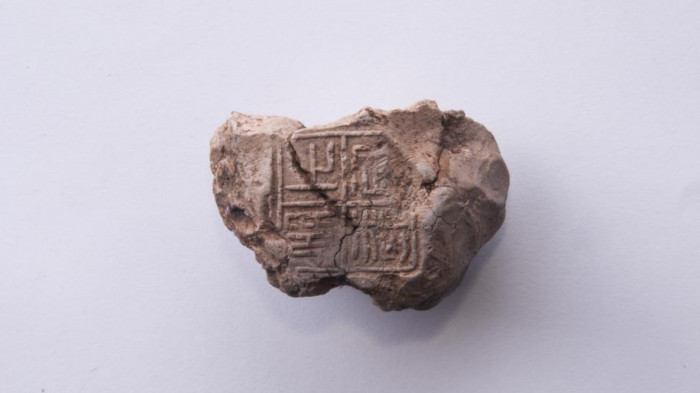 Shixiongshan Qinhan Construction site covers an area of 40,000 square meters, with its major finds incorporating building materials, potteries, ironware, mineral raw materials and plant specimens. The archaeological discoveries at this site help to supplement new materials for the research of the towns built in the Qin and Han dynasties. They also provide new guidance for the archaeological study in Lingnan region of Qin and Han dynasties at the same time. 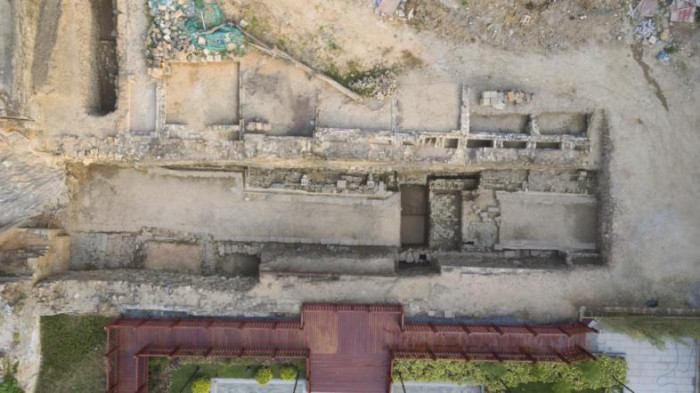 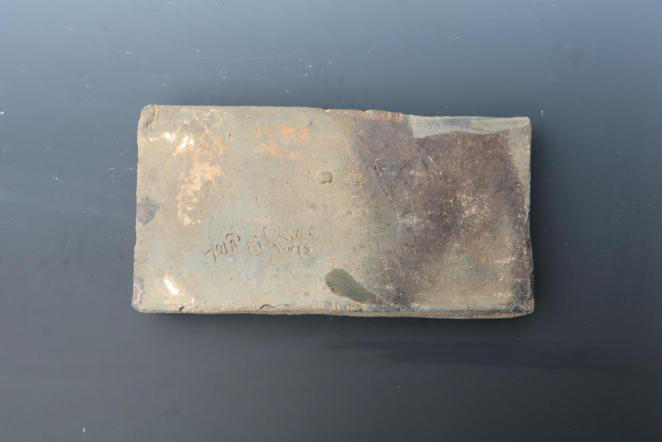 The ruins of Zhaoqing Ancient City Wall site include gates, floodgates, residences, roads, ditches, city walls, with abundant unearthed cultural relics such as porcelains, potteries, jade wares, stone-made artifacts, bronze wares, ironware and glassware. All these relics were produced from the Han Dynasty through to the Republic of China.

Address: The junction sea area of Taishan and Yangjiang (台山、阳江交界海域)

With a length of 21.91 meters and the maximum width being about 9.87 meters, the Nanhai I Shipwreck covers an area of 179.15 square meters, serving as a precious living specimen of the history of shipbuilding of the Song Dynasty. The uncovered artifacts are rich in variety, and more than 180,000 pieces of cultural relics have been unearthed so far, including ceramics, coins, animal and plant remains, kernels as well as bronze, iron, gold, silver items. Among them are 160,000 pieces (sets) of porcelain, three kilograms total weight of nearly 200 gold artifacts, about 300 kilograms combined of 198 pieces (sets) of silver artifacts. Moreover, a large number of remains of marine organisms, which are helpful to study the buried environment and the shipwreck, have also been discovered. 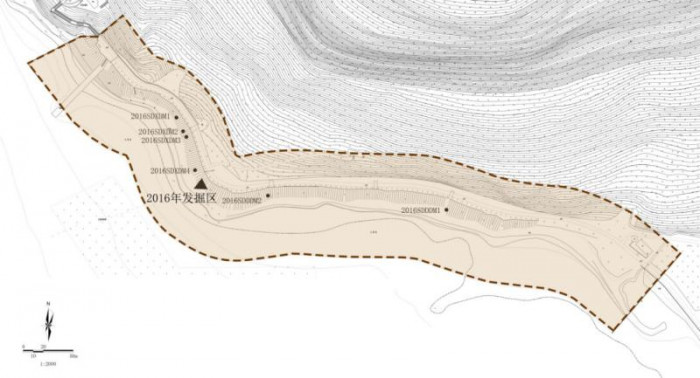 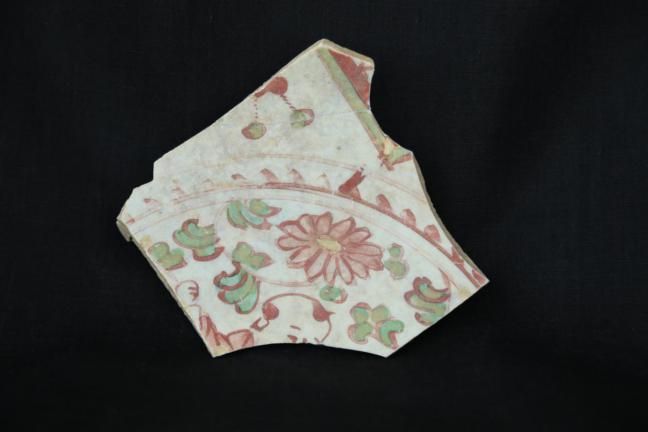 Taishan Dazhou Bay Ruin originally worked as the site of the porcelain exporting trade between China and Portugal in the Ming Dynasty. The unearthed relics are mainly blue and white porcelains, which used to be exported in trade activities between the two countries at that time. 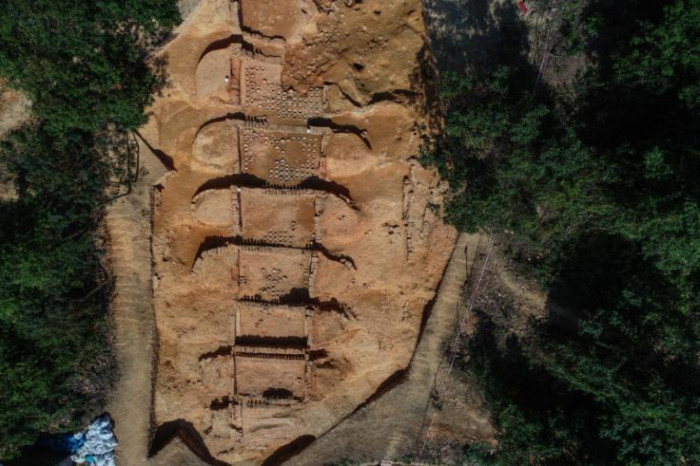 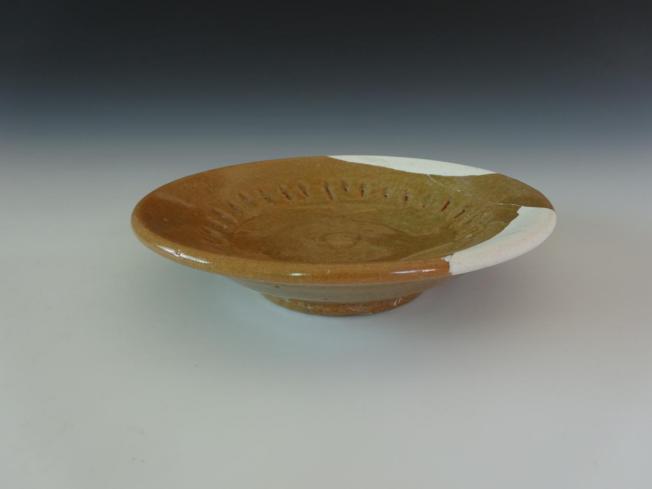 Huidong Sanguankeng Kiln site is an important kiln site in the Ming Dynasty whose products were exported throughout southeast Asia. The archaeological discoveries at this site provide an essential scientific basis for the study of products, craftsmanship, scale, times, distribution characteristics, transportation routes as well as the building structure of the Kiln. 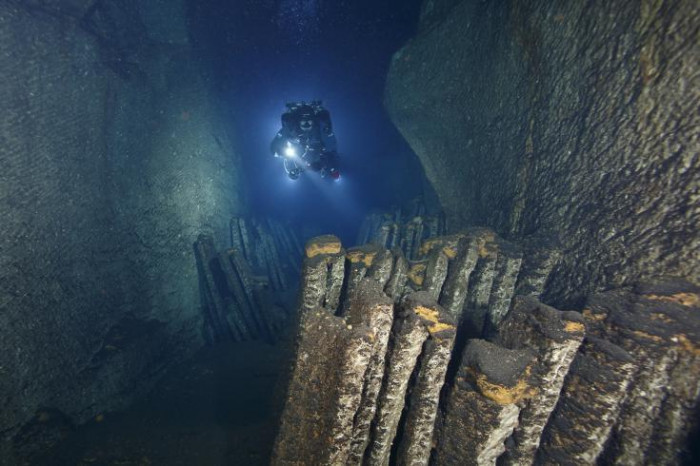 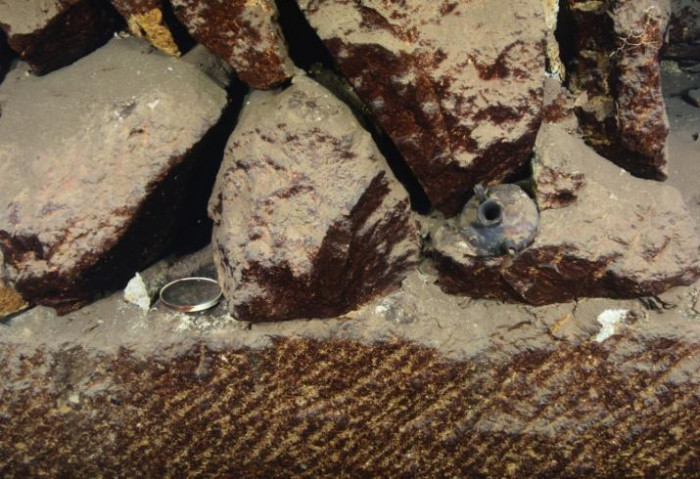 Nanhai Shiyanyan Ancient Quarry is a large-scale quarry stretching from open pit to underwater cave, mainly responsible for mining trachyte, which is suitable for building houses and tombs as well as making stone mortars and mills. The Shiyanyan Quarry is a rare well-preserved cave quarry in China. 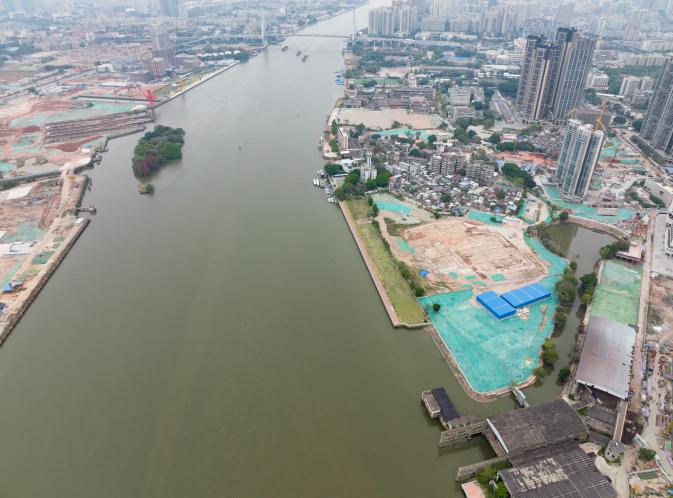 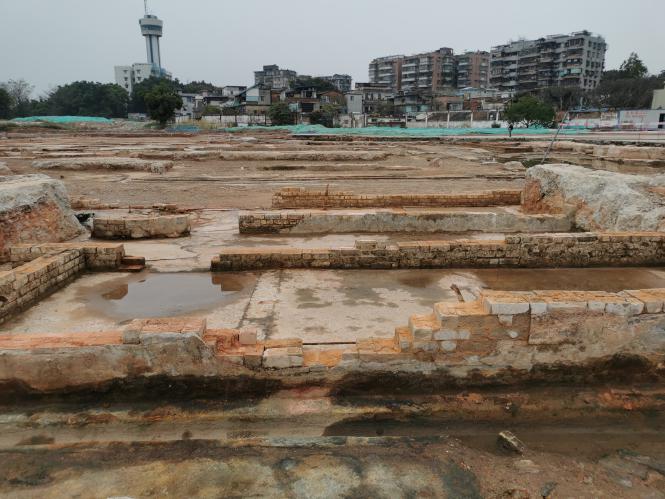 Guangzhou Nanshitou Prison site was originally the site of the Zhennan Fortress in the late Qing Dynasty. In the second year of the Republic of China (1913), the fortress was transformed into a prison. The archaeological excavation at this site between 2021 and 2022 unveiled a series of significant ruins such as the walls of Zhennan Fortress, the prison cells of Nanshitou Prison as well as unearthed relics including shackles, bullet shells and reagent bottles.