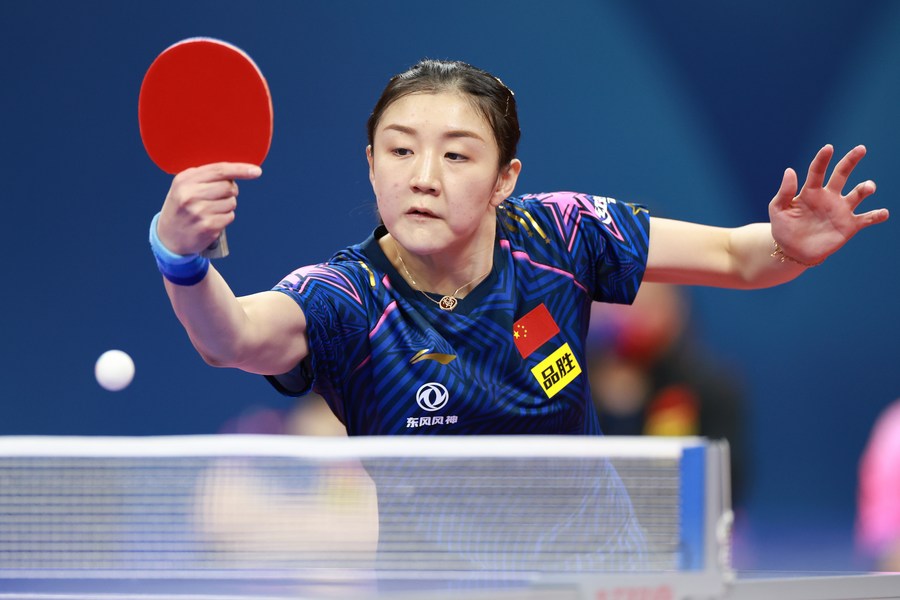 China and Japan beat their respective rivals in the semifinals to meet in the table tennis team worlds final.

Title favorites China and Japan passed the women's semifinals at the World Team Championships here on Friday to compete in the final.

"It's the first time to play with Li Yuzhun, who has her special skills that give me some difficulties in the first game, but the second and third games are normal," Chen Meng said.

"No matter who will be our opponent, we will try our best to play in the final," said Sun Yingsha.

22-year-old Wang Chuqin lost the first two games to Sweden's Kristian Karlsson, while he won the next three games to reverse the match 3-2.

Japan beat Portugal 3-1, and they will play China in the semifinals.