Shanghai cuts off community transmission of COVID-19 after tough battle

​China's Shanghai has cut off the community transmission of COVID-19 in all its 16 districts, a municipal official said Tuesday, as the megacity accelerates its business resumption.

* China's Shanghai has cut off the community transmission of COVID-19 in all its 16 districts.

* The epidemic has been effectively brought under control and prevention measures have achieved incremental success.

* Shanghai, a financial, manufacturing and commercial hub of the country, has promoted the resumption of work and production in an orderly manner.

China's Shanghai has cut off the community transmission of COVID-19 in all its 16 districts, a municipal official said Tuesday, as the megacity accelerates its business resumption.

All the new cases were in areas under quarantine or closed-off management, he said.

On Sunday and Monday, the number of new local COVID-19 infections remained below 1,000 each day, with fewer than 1 million people now living in "closed-off management areas," according to the press conference. 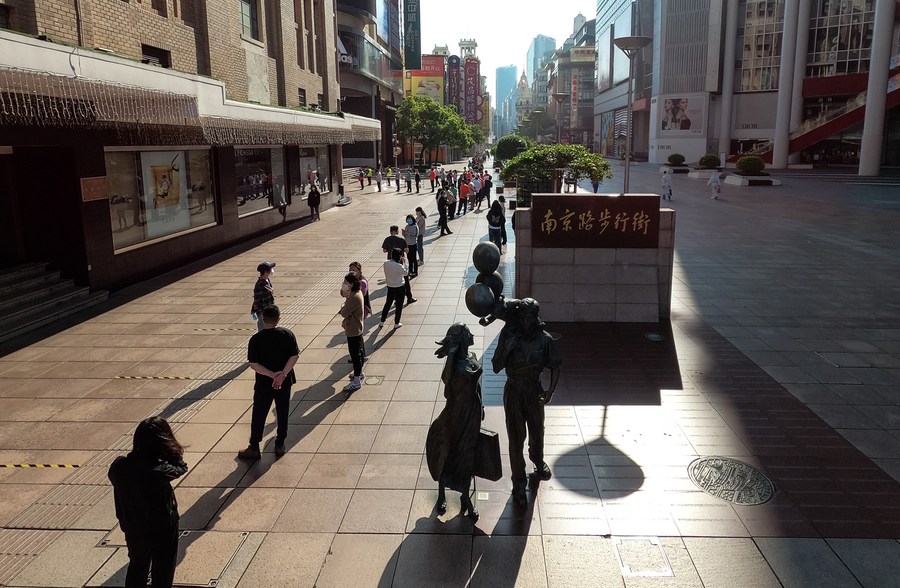 Residents queue up to take nucleic acid tests in east China's Shanghai, May 6, 2022. (Xinhua/Li He)

As of Monday, the city had 259 COVID-19 patients in severe condition and 64 in critical condition, all receiving treatment in designated hospitals.

"The epidemic has been effectively brought under control and prevention measures have achieved incremental success," said Zong Ming, vice mayor of Shanghai, on Monday.

In early March, Shanghai witnessed a new wave of infections caused by Omicron variants. By mid-April, the number of daily infections had leaped from single digits to over 27,000. More than 600,000 infections have been reported so far.

More than 30,000 medics nationwide were mobilized to aid Shanghai in its fight against COVID-19.

A bus carrying medical staff from Jiangsu Province runs on the road in Shanghai, east China, May 5, 2022. (Xinhua/Li He)

Meanwhile, the city has been working hard to overcome bottlenecks in logistics and help e-commerce platforms increase their transport capacity. Local community workers and volunteers provided daily necessities for the residents and group buying organizers also did their bit.

Timely and resolute measures have gradually yielded great results. The city has built the capacity to collect and test a maximum of 8.5 million tubes of nucleic acid samples every day.

As the case numbers wane, the number of patients in Shanghai's makeshift hospitals at the city and district levels has dropped to about 50,000, only 20 percent of the peak total. 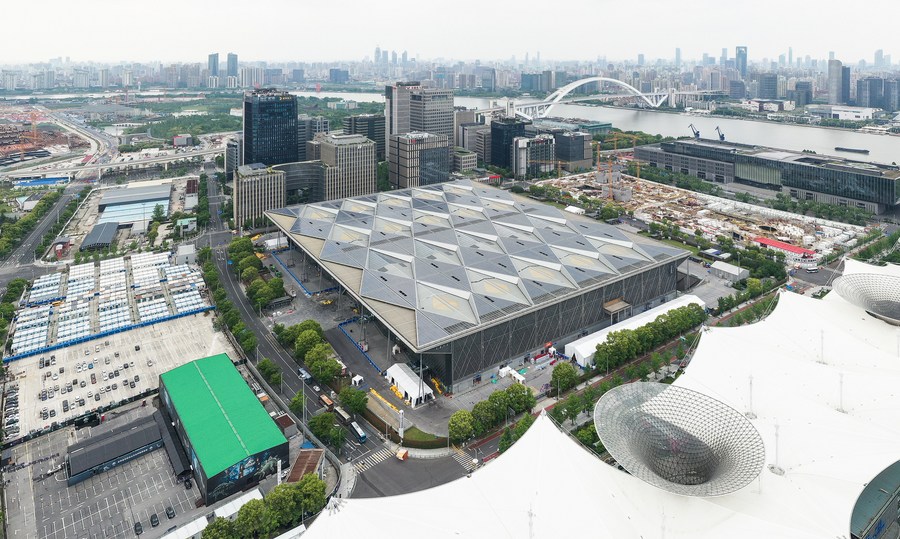 Swift and full implementation of containment policies is needed to effectively contain infections caused by the Omicron variants, according to Chinese epidemiologist Liang Wannian.

Shanghai, a financial, manufacturing and commercial hub of the country, has promoted the resumption of work and production in an orderly manner.

Shanghai has released three "white lists" involving a total of more than 3,000 enterprises to accelerate their resumption of work and production. Ninety-five percent of the 666 companies included in the first "white list" in Shanghai had resumed work by May 13.

On Sunday, a ship loaded with over 4,000 electric cars produced by Tesla's Shanghai Gigafactory left for Belgium. This is the second export shipment of Tesla cars from Shanghai since the factory resumed production on April 19. 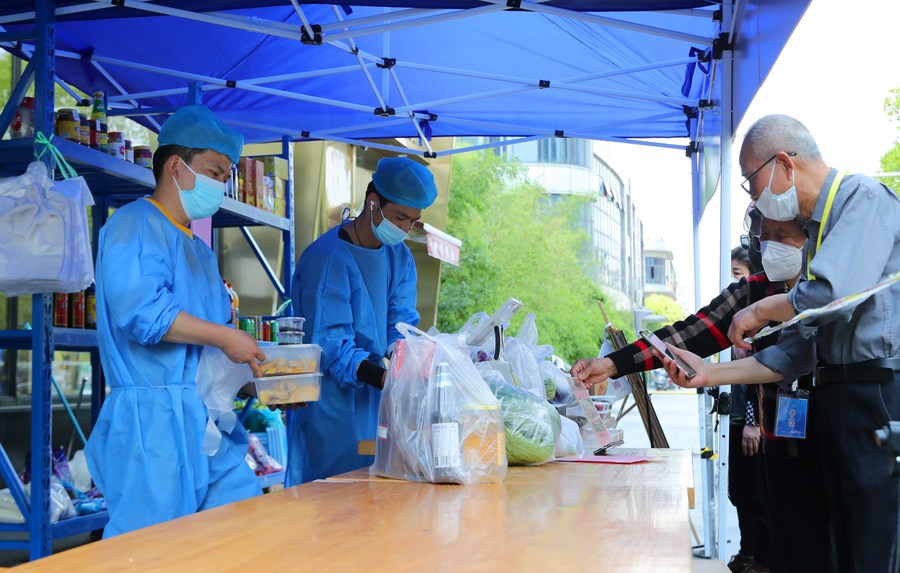 Citizens buy items with mobile payment outside a restaurant in east China's Shanghai, May 17, 2022. (Xinhua/Fang Zhe)

Shanghai has also been vigorously promoting the opening of business outlets and the return of personnel to their workplace to ensure the supply of daily necessities.

Commercial outlets such as shopping malls, supermarkets and pharmacies are among the first to gradually resume in-store operations with reduced capacity. Vegetable markets, restaurants and hair salons will also gradually resume on-site business.