China, around the world, is not noted for its support for people with disabilities but there are very strong signs that this is changing, not because China has suddenly started to care about people with disabilities, it seems, when we look deeper into it, they always did. But because China is now catching up with the rest of the world in how they deliver services and in what services they deliver. What’s noticeable is that they aren’t out there in world forums shouting about it, they are doing what China does best – acting on it.

In 1988 Deng Xiaoping’s son, Deng Pufang, himself disabled, established the China Disabled Persons’ Federation and this federation represents disabled people in the National People’s Congress (NPC) and Chinese People's Political Consultative Conference (CPPCC), and if we’re honest, we can say this establishment of a recognised Federation was the start of a series of very positive changes. 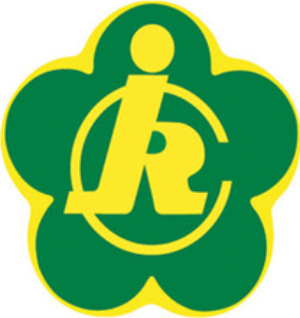 The logo of the China Disabled Persons Federation

I arrived in China in 2004, and, for the first year, paid little or no attention to this topic. However, since 2005 my wife and I have been involved in a local charity group in Guangdong’s Zhongshan and for more than 10 years, we’ve focused on helping people with disabilities integrate better into society and we’ve been able to meet and become good friends with some families and their disabled members. More importantly, I’ve learnt what China has been doing behind the scenes. 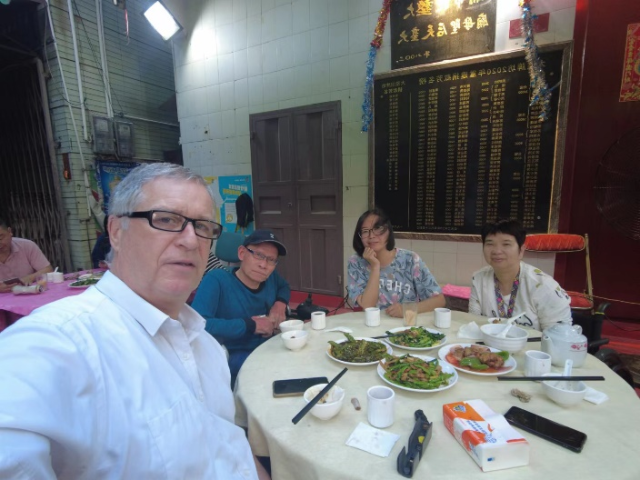 Dinner with friends, they both have a disability but are able to get in and out thanks to government supplied wheelchairs and ramps in their home

I used to think that disabled people were left out of society and unable to contribute because of the social stigma and the difficulties involved in getting out. I’ve often said that China is 50 years behind the West in recognising and helping those who are disadvantaged. I’m happy to say I was wrong and, although China is still some years behind the west, it isn’t going to take 50 years to catch up, they’re already well on the way.

At a local level, wheelchairs are either free or heavily subsidised, people who have disabilities are re-housed to ground floor apartments and most of them are now ramped so there are no steps to climb. We have several disabled sports teams, a choir, a dance troupe and many activities which happen on a regular basis. There are city sports competitions, provincial level games, national and even Olympic level, and we’re very proud to be able to say that our small city contributes to all of the levels including a double Olympic Gold Medalist Liang Guihua. 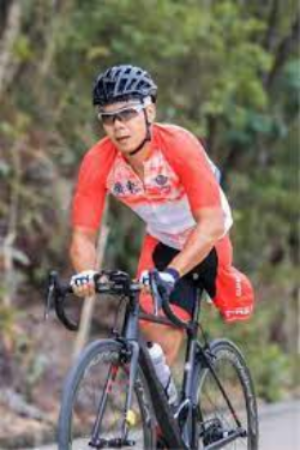 Just outside my local hospital I saw some work taking place a few days ago, finally a ramp is being installed for wheelchair access. Yes, it’s 30 years after the West but I also noticed the same thing happening in a government office a day later. Unlike the West where this kind of initiative would have been a common sight for the last 20 or more years, it’s now becoming a common site here and, like everything else in China it’s happening at “China speed”.

Mental health has long been a problem in all societies and China is no exception. The Suicide rate in China going back 40 years was high. But, once again that’s changed, it’s now much lower than most Western countries. The UK at 10 per 100,000 population is closest, the US at 16.1 is almost double that of China but even Australia at 12.1 is surprisingly higher. There is a marked improvement in mental health, much of it brought about by urbanisation but also much of it brought about by a recognition of the human costs of mental health as well as improvements in living brought about by both poverty alleviation and massive infrastructure building within the country. 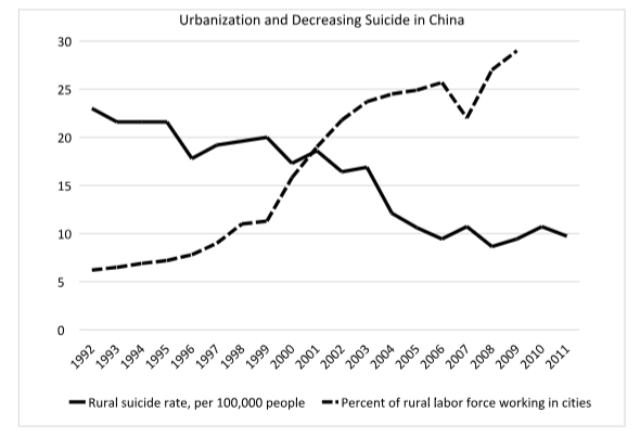 A few days ago, I was invited by a friend to visit in her new business which is a special needs school catering to children with high dependence autism. I wasn’t just surprised; I was stunned to learn that this was one of 74 such schools in China operating under this brand and the company, which was founded in 2010 operates in 16 provinces or regions, has over 2,500 teachers who look after over 4,600 children every day. So far, they’ve helped 8,000 families who have an autistic child to integrate into rehabilitation schools. Yet all this time, I believed this was an unrecognized syndrome within China because the father of the only sufferer I knew told me they needed to go to Hong Kong for treatment (perhaps because he was a foreigner). Even more surprising is that in Zhongshan there are four other centres which offer the similar services.

My first impression of a centre for autistic children in China

But ramps and classes don’t prove a country is integrating its disabled people into society, real integration needs to be seen by its results and this is where China quietly excels.

I remember being surprised in Australia; in the year 2000 I was living in Sydney and had the opportunity to watch some of the Paralympic Games. Australia, as the host country, with 285 athletes competing in 18 sports were the overall winners of the games but China finished a creditable 6th place. Four years later though, in Athens, they were first place and have remained there ever since, taking the podium in Tokyo 2020; Rio 2016; London 2012 as well as Beijing in 2008. 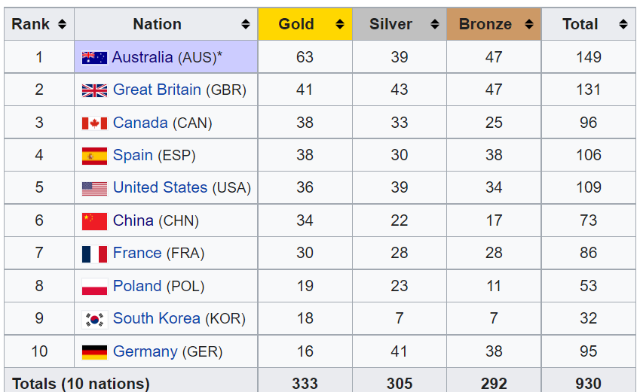 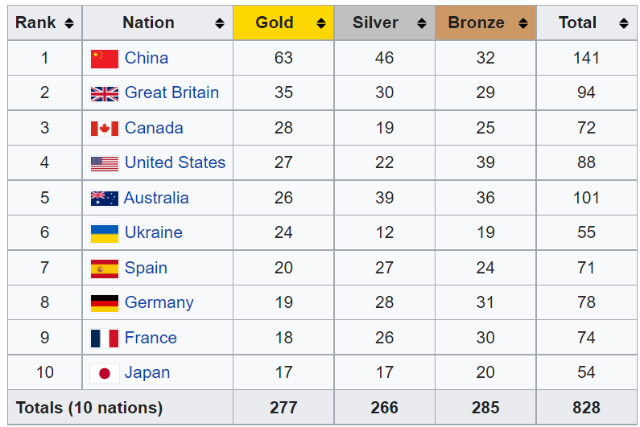 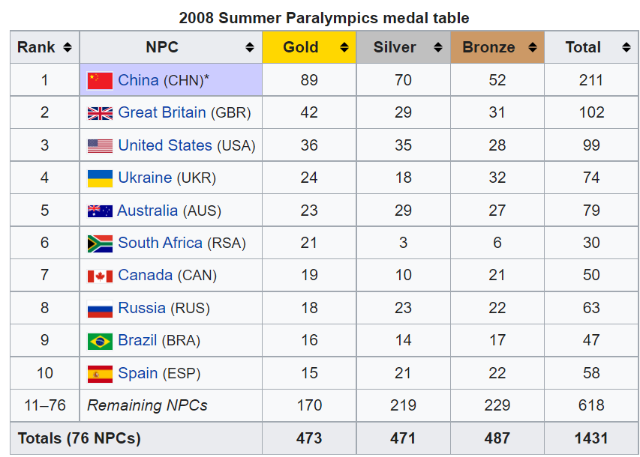 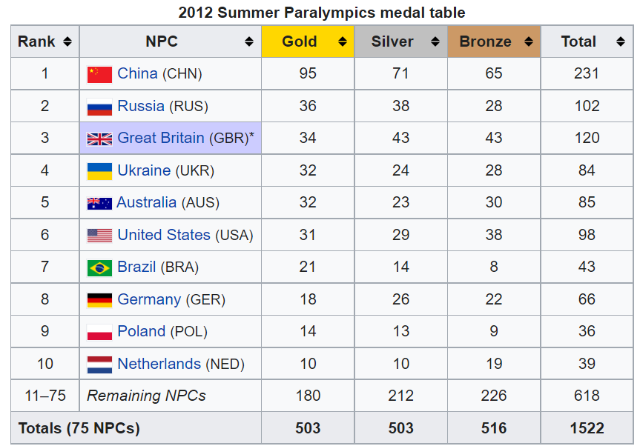 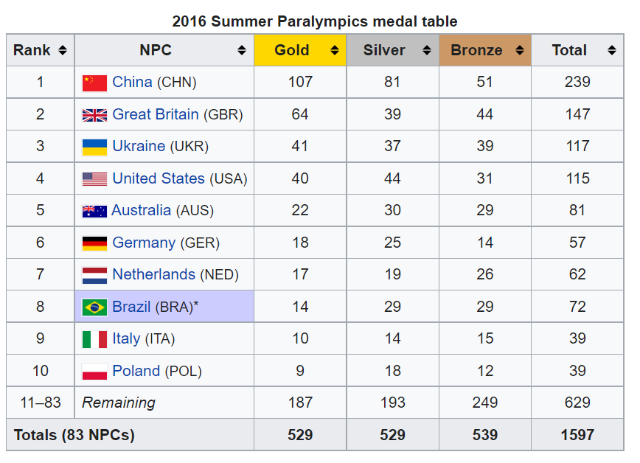 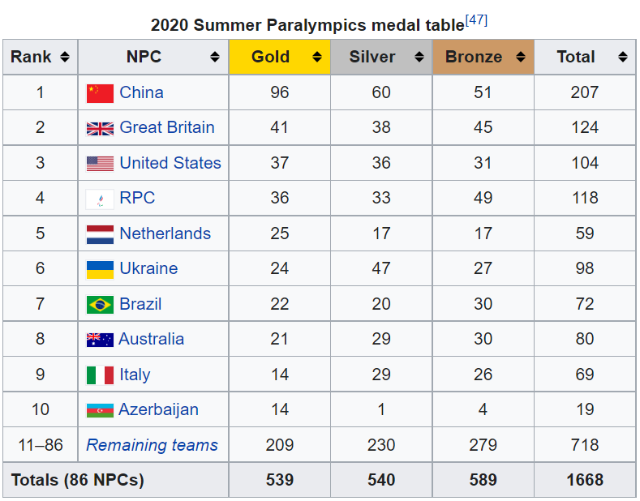 In 2007 China’s Disability Sports Training Centre opened for the first time, in preparation for the 2008 Olympic games and is the largest fully integrated sports complex catering for disabled athletes in the world and another demonstration of how China helps its estimated 83 million disabled people.

Whilst we could all agree there is some way to go before disabled people are fully integrated into China’s society, the speed with which changes are taking place has been nothing short of phenomenal and the next few years look even more optimistic.

The article reflects the author's opinions, and not necessarily the views of GDToday.