China's extraordinary achievements over the past 10 years have been widely acknowledged for raising living standards at home and bolstering global development.

The upcoming 20th National Congress of the Communist Party of China (CPC) is the start of a new journey for China's development and its role in international affairs.

Chinese brands have become conspicuous at Japanese home appliance stores in recent years. The trend, reported on by Japanese newspaper Nihon Keizai Shimbun, reflects the extraordinary achievements of "Made in China" and China's high-quality development over the past decade.

During the past decade, China accounted for over 18 percent of the global economy in 2021, up from 11.4 percent in 2012, with per capita GDP jumping to 12,500 U.S. dollars from 6,300 dollars. China's average contribution to global economic growth exceeded 30 percent during the said period.

China's social-economic development witnessed historic achievements in the past decade, drawing interest from across the globe.

Combo photo taken between July and October 2020 shows villagers, who used to be registered as impoverished households in over 20 cities and counties of northeast China's Heilongjiang Province, smiling as they have benefited from the businesses under poverty alleviation program. (Xinhua)

China has met the poverty eradication target set out in the United Nations' 2030 Agenda for Sustainable Development 10 years ahead of schedule, with nearly 100 million impoverished rural residents lifted out of poverty during the past 10 years.

In his message for the 2017 Global Poverty Reduction and Development Forum, UN Secretary-General Antonio Guterres said, "targeted poverty reduction strategies are the only way to reach those farthest behind and achieve the ambitious targets set out in the 2030 Agenda."

Putting the health and safety of the people first, China has taken timely and active measures against the spread of the COVID-19 pandemic, achieving the best results in the world in terms of coordinating economic development and epidemic prevention and control.

Meanwhile, China has provided over 2.2 billion COVID-19 vaccines to more than 120 countries and international organizations.

Cavince Adhere, a Kenya-based international relations scholar, said that China has been an important force in promoting global economic recovery and stability.

China has set ambitious targets and taken concrete actions to address climate change and aims to peak its CO2 emissions before 2030 and achieve carbon neutrality before 2060.

Praising China's efforts in promoting the ratification of the hard-won Paris Agreement, former UN Secretary-General Ban Ki-moon said the country's leader exercised insightful and future-oriented leadership in the fight against climate change, which is the most serious challenge the humanity is facing now. He said China's commitment to carbon neutrality has also encouraged other countries to follow suit.

As China celebrated its National Day on Oct. 1, a group of engineers from China Civil Engineering Construction Corporation walked for five hours in the rain in the mountainous regions of Rwanda's Southern province to inspect water pipelines there. The project benefits over 1 million residents by providing them with accessible clean water.

In Europe, Serbian President Aleksandar Vucic extended festival greetings to the Chinese people and spoke highly of the contribution made by Chinese companies to Serbia's economic development. Serbia feels proud to have an ironclad friendship with China, said Vucic. 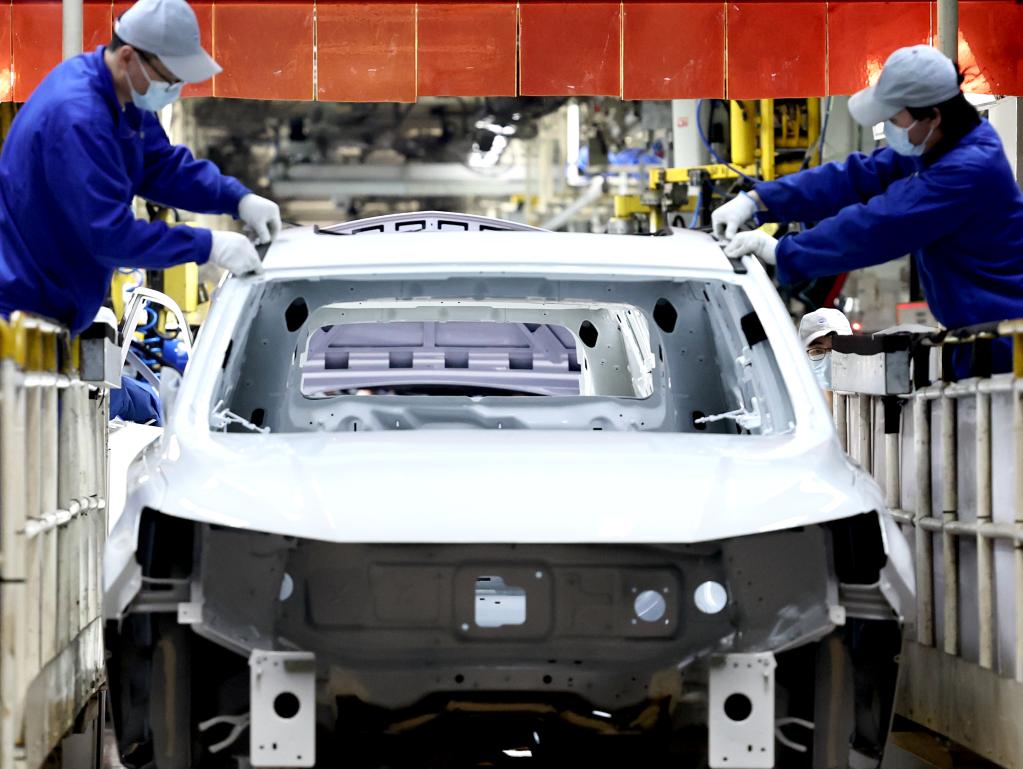 The world is witnessing a persistent and unchecked pandemic, a shifting international security landscape and a fragile global economic recovery. Despite these global crises, China insists on the road of peaceful development and win-win cooperation.

In the new era, China continues to contribute to world peace and development and provide more public goods to the international community within its capacity. By advocating the advancement of high-quality Belt and Road cooperation, China had signed more than 200 Belt and Road Initiative (BRI) cooperation agreements with 149 countries and 32 international organizations by July 2022.

The GDI, the BRI and China's call for building a community with a shared future for mankind could strengthen common development and multilateralism, former Thai Prime Minister Abhisit Vejjajiva told Xinhua.

The upcoming 20th National Congress of the CPC is a significant conference to be held at a critical moment in the new journey of building a modern socialist country in an all-around way. The conference will plan out the goals, tasks and major policies for the party and country's future development and has drawn the international community's attention.

Khairy Tourk, a professor of economics with the Stuart School of Business at the Illinois Institute of Technology in Chicago, told Xinhua that a growing China benefits every corner of the world.

Kim Jong Un, general secretary of the Workers' Party of Korea and chairman of the State Affairs Commission of the Democratic People's Republic of Korea, said in a congratulatory letter that the 20th National Congress of the CPC will become a new milestone in China's socialist evolution.

He also expressed the firm belief that under the leadership of the CPC, China's dream of national rejuvenation will come true.

Working to realize long-term goals has become the key to the success of the CPC, which is leading the Chinese people toward common prosperity, former Tunisian Foreign Minister Ahmed Ounaies told Xinhua.

Jean Christophe Iseux von Pfetten, president of the Institute for East-West Strategic Studies in Britain, told Xinhua that he believes the upcoming CPC National Congress would be an important meeting for China and the world, given China's weight in the international community and the global economy.