​After halving the collective quarantine time for international inbound travelers, China made another major adjustment for this group of people by streamlining procedures for those coming to the Chinese mainland. The policy has prompted a huge increase in flights connecting China with other countries, especially the US, and the number of people travelling out of the country. Those policy changes were seen by experts as a sign of China further re-opening its borders to the world. 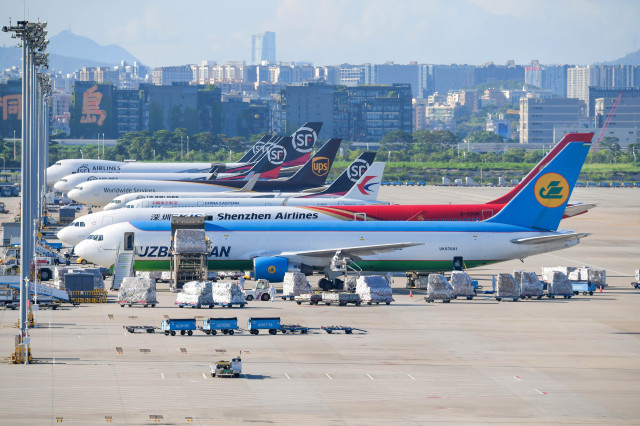 After halving the collective quarantine time for international inbound travelers, China made another major adjustment for this group of people by streamlining procedures for those coming to the Chinese mainland. The policy has prompted a huge increase in flights connecting China with other countries, especially the US, and the number of people travelling out of the country. Those policy changes were seen by experts as a sign of China further re-opening its borders to the world.

Those signs combined are good news for those longing for a rapid resumption of people-to-people exchange, with students swarming back home, think tanks making trips to other countries and the tourism industry yearning for a possible comeback for overseas travel.

China has made one of its most substantial adjustments since the COVID-19 pandemic, as its embassies and consulates in 125 countries announced policies to streamline procedures for people entering the Chinese mainland. Those changes include cancelling the requirement for an antigen test 12 hours before boarding.

The latest was the Chinese embassy in Japan, which simplified the visa application process on Monday.

The Chinese embassy in the US last week announced a change of policy on entry restrictions for US citizens, and travelers with valid negative COVID test results looking to enter the Chinese mainland may now apply for and receive a green health code for travel from the US and a third country.

After the adjustment was announced, 178 round-trip passenger flights between China and the US have been booked from Monday to July 31, an increase of 12 percent compared with the same period in 2021, data sent from information provider VariFlight to the Global Times showed.

The Chinese embassy in Russia announced on Monday that the number of commercial flights from Russia to China will increase to eight a week from the previous two a week.

China has also loosened the same restrictions recently for travelers from other countries, most of which took effect in early July. Last week, the country also halved the collective quarantine time for international arrivals to seven days from the previous 14 days. The slew of policy changes has prompted an increase in flights, with airline companies racing against each other to resume international flights with China.

China is scheduled to have 2,025 inbound passenger flights from Monday to the end of this month, a 24 percent increase compared to the same period in 2021, according to VariFlight.

There have been no regular routes between China and India since November 2020, and no planes in the coming month in July, although there were some fixed passenger trips several months earlier.

Air China said it will resume a number of international routes to cities in Europe and Asia in July, including Beijing to Dubai round trip.

China Eastern and Shanghai Airlines will fly 22 international routes per week in July, including from Shanghai to New York.

The streamlined procedure and tweaked policies injected hope for those planning to come to China, especially Chinese students who are studying overseas. A Chinese student in Australia who preferred to be called Li Wang returned to China on Sunday, calling himself "one of the lucky ones."

After being stranded in Australia for more than three years, Li could come back to China under the simplified procedures and stayed only seven days in collective quarantine.

Recently, the proportion of students arriving in the Chinese mainland has increased by 22 percent under the new policy, according to statistics sent from China's leading travel agency Trip.com to the Global Times.

Apart from those arrivals, flights bringing people out of China also edged up in recent weeks. According to the Trip.com data, outbound flights from China increased 24 percent in June, compared with May. Flights to Japan and South Korea saw the greatest increases, up to 21 percent in late June, compared with the same period last month, said Trip.com.

After Shanghai returned to normality on June 1 after its latest outbreak, all of the city's 21 service windows for dealing with entry and exit permits opened and have processed documents for more than 40,000 people, the local government said on Monday.

China's travel industry, which has been battered by COVID-19, also had cause for optimism ever since the country's recent tweaking of its COVID-19 rules. "Overseas travel" has become a buzzword on Chinese social media in the last week.

Jordan held an event promoting the country's tourism in Beijing on Thursday, 21st Century Business Herald reported. In an interview with media, Hussam Husseini, Ambassador of Jordan to China said his country has full confidence in China's tourism market and is looking forward to resuming tourism exchanges between the two countries.

Online travel agency Lvmama.com told the Global Times that it has been speeding up preparations to welcome international travelers in recent days. A staff member from the platform said that it is edging up promotion of world-class tourist destinations for international travelers, to "feel the diversity of China's scenery as well as culture, and also the country's rapid development."

After the rules were adjusted, several Chinese cities witnessed a resurgence of COVID-19, with Anhui bearing the heaviest onslaught. Health experts believed that while occasional flare-ups are inevitable as long as coronavirus exists, it will not lead to a tightening of COVID-19 policies.

Precise COVID-19 control also needs to take into consideration the country's need to maintain people-to-people exchanges and exchanges of commodities, said an anonymous expert from the Chinese Center for Disease Control and Prevention, noting that as long as the current policies are fully implemented and infection chains were detected at an early stage, the risk of spillover is very slim.

A group of scholars from the Center for China and Globalization (CCG), a Chinese non-governmental think tank based in Beijing, last week went on a visit to the US, marking the first Chinese think tank to visit the country after a two-and-a-half-year hiatus due to COVID-19.

CCG Secretary-General Mabel Miao, who was part of this visit, told the Global Times on Monday that the Americans they met were "thrilled" to see them, as they haven't met "people from a Chinese think tank for a long time," and they are also looking forward to traveling to China.

"We came up with various ways to maintain communication during the pandemic… But they pale in comparison to face-to-face exchanges. It's more direct, and efficient," said Miao, noting they were free to exchange opinions, and described their discussion as having an "ice-breaking" feeling.