China ready for the Games: Venues, facilities in place

China was ready to host the event, said Han Zirong, secretary-general of Beijing 2022 organizing committee, at a press briefing in Beijing on Jan 5. "After more than six years of meticulous preparation, the Beijing Winter Olympics are ready," she said. 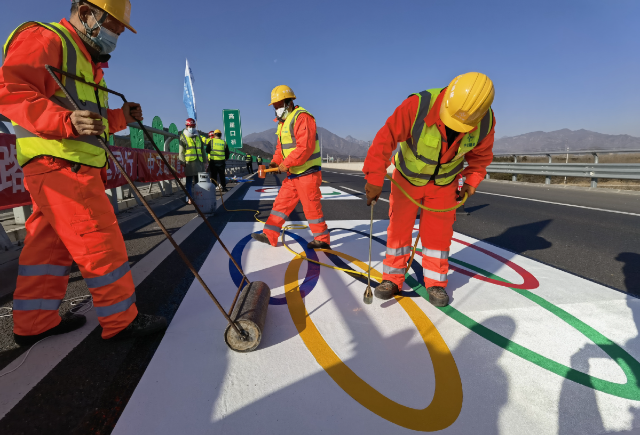 Workers mark out traffic lanes to be used exclusively by Beijing 2022 Olympic and Paralympic Winter Games participants in Beijing. [Photo by Wang Jing/chinadaily.com.cn]

China was ready to host the event, said Han Zirong, secretary-general of Beijing 2022 organizing committee, at a press briefing in Beijing on Jan 5. "After more than six years of meticulous preparation, the Beijing Winter Olympics are ready," she said.

The venues and relative infrastructures were completed on schedule, said Zhao Weidong, a spokesperson for Beijing 2022, at the briefing. There will be designated transport between three competition zones and venues.

A comprehensive service and support system has been put in place with high-tech applications including 5G. Medical teams and volunteers are also ready to provide help. 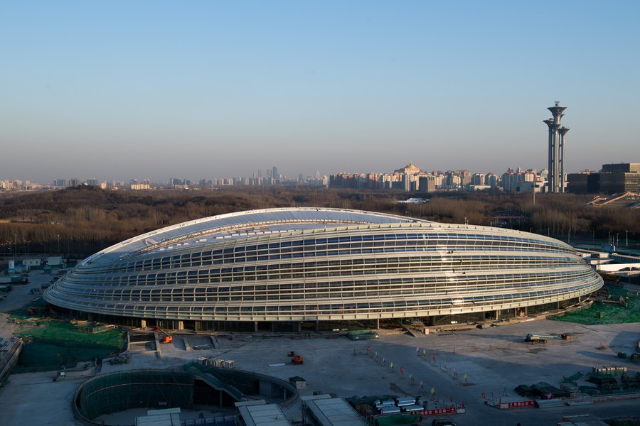 The main structure of the National Speed Skating Oval was completed on Dec 31, 2019. [Photo/Xinhua]

A total of 39 venues will be used for the Beijing 2022 Olympic and Paralympic Winter Games, including 12 competition venues. The venues have been divided into three clusters: Beijing, Yanqing, and Zhangjiakou.

Each cluster has its own athlete village. Of the 12 competition venues, six are in Beijing, two in Yanqing, and four in Zhangjiakou. 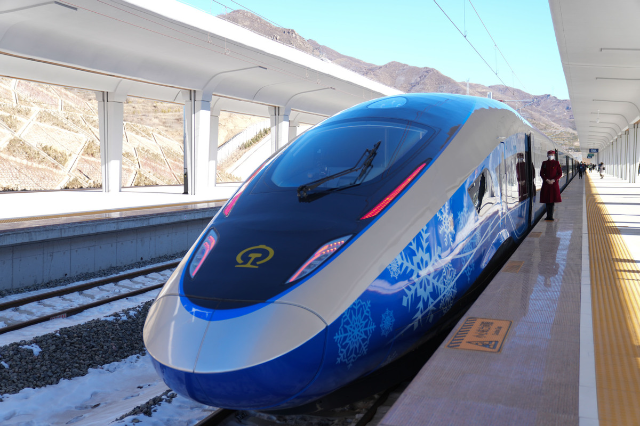 The Beijing-Zhangjiakou high-speed network will provide commuting services for the Winter Games. [Photo/Xinhua]

Railway authorities will run 80 bullet train trips every day on the Beijing-Zhangjiakou high-speed network to provide commuting services for the Winter Games. More train services will be provided during the opening and closing ceremonies.

Railway lines will shuttle participants, including athletes, media representatives and staff members, between the areas during the Games.

Four railway stations, including Qinghe and Yanqing in Beijing and Taizicheng in Zhangjiakou, will offer separate services from Jan 21 to March 16 to participants in the bubble and regular passengers, to comply with epidemic control protocols.

The stations will be divided into bubble and non-bubble areas. Participants who are required to stay within a biosecurity bubble during the Games will use the bubble areas at the stations, including designated bullet trains and platforms. Regular passengers can enter, wait and board the train in the non-bubble areas. 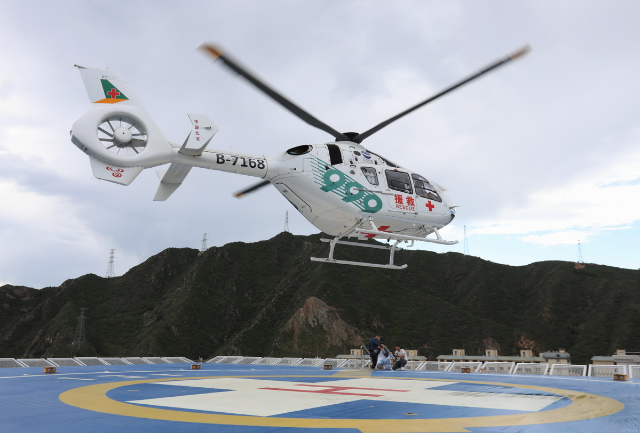 An improved medical transport system will adapt to the characteristics of mountain areas. [Photo/Xinhua]

Injured athletes at the Games don't need to worry about the medical treatment as rescue helicopters will reach them in just four minutes.

With an improved medical transport system that adapts to the characteristics of mountain areas, and strengthened equipments at hospitals around the competition venues, China's snow medical service is fully prepared for the Games.

In order to provide a sufficient medical and emergency care, more than 10 hospitals in Beijing and Hebei province have selected relevant clinical personnel since 2018 to form a medical care team, including experts from well-known departments.

Over the past few seasons, the doctors have received plenty of alpine skiing training and are now able to sprint to any corner of the course carrying medical equipment weighing up to 15 kilograms. 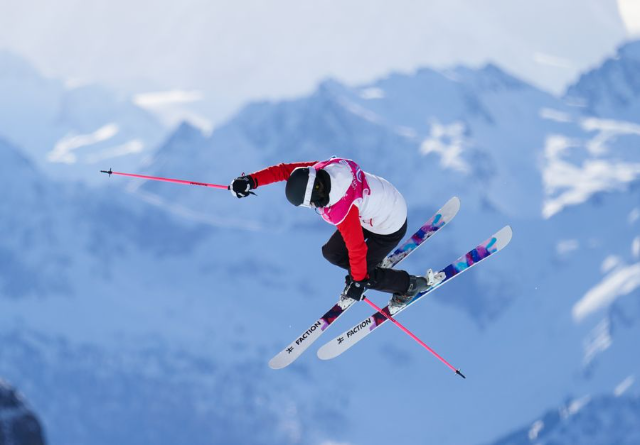 5G will be used to monitor the health of athletes remotely. [Photo/Xinhua]

For those attending or competing in the Games, an immersive 5G experience will start the moment they step into a competition area.

There are about 2,000 base stations in total, including both 4G and 5G, which will provide stable internet coverage across all major venues during the Games, said Cai Kai, general manager of the Network Optimization Center at China Unicom Beijing Branch.

5G will be used to achieve rapid temperature measurement, facial recognition and registration with just one scan. With Alpine skiing widely known to be one of the world's most dangerous sports, 5G is also being used to monitor the health of athletes remotely, relaying critical information to health and medical officials monitoring each event.

Additionally, 5G smart solutions can be found in self-driving shuttle buses, photo booths in each media zone, and the instant uploading of videos and virtual reality content. 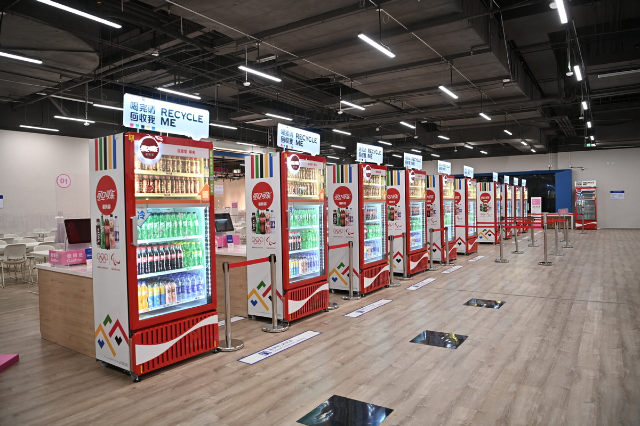 The menu is designed to meet the different dietary needs of athletes. [Photo/Xinhua]

Chinese hospitality will be fully offered to global athletes at the Beijing 2022 Winter Olympics as the Games are providing 678 dishes to athletes from diverse cultural backgrounds with elements of the Chinese Lunar New Year and environmental protection highlighted to maximize the dietary experience of global athletes.

The menu, which has 678 dishes from 12 global regions, was designed to meet the different dietary needs of athletes while also taking into consideration religious diversity. Vegetarian, halal and kosher meals will be available.

A total of 48 commonly used spices such as pepper and bay leaves will be left out of the meals to avoid false positives on doping tests, according to Yang Chen, chef of the Yanqing village. 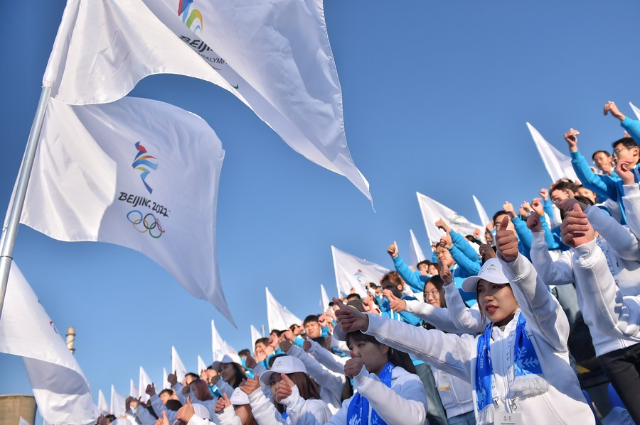 Volunteer representatives attending the launch ceremony of the global recruitment of volunteers for the 2022 Olympic and Paralympic Winter Games in Beijing, Dec 5, 2019. [Photo/Xinhua]

Starting on Jan 25, up to 200,000 volunteers will serve the Games. They will be responsible for things such as information consulting, language services, emergency aid and support for people with disabilities.

More than 2,000 disabled people in China have applied to be the volunteers at the Games. Among the successful candidates, the youngest volunteer is 19 years old and the eldest 63.

Prior to the Games, the selected volunteers are expected to go through four stages of training - general, professional, venue and on-the-job training - which will involve 23 courses. 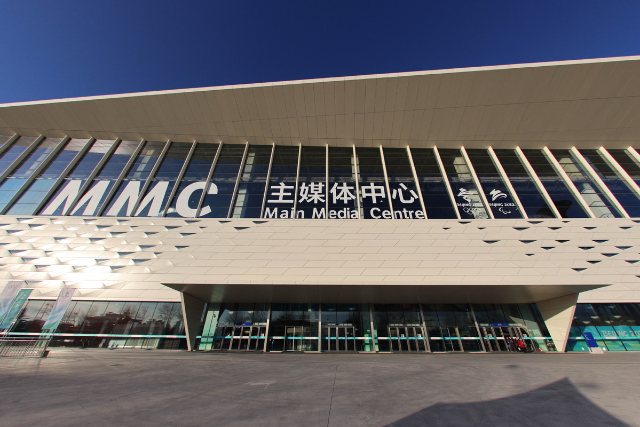 The MMC and the Mountain Media Center will provide 24-hour catering service. [Photo/Xinhua]

During games time, accredited journalists can interview athletes in the mixed zones of competition venues, Winter Olympic Villages and Medals Plazas in Beijing and Zhangjiakou.

Press conferences will be held in the MMC and the non-accredited media center, all of which will be broadcast live on the MyInfo system. Journalists can also ask questions through the system and download the content of the conferences afterward.

The MMC and the Mountain Media Center will provide 24-hour catering service for journalists and 24-hour room service is available at nearly 50 designated hotels.