The per capita GDP for the residents of south China's Guangdong Province exceeded 15,000 USD for the first time in 2021, according to a statistical bulletin released on March 2.

Editors’ Note: As a manufacturing heartland and leading foreign trade player in the country, Guangdong has served as an important window that showcases China’s achievements in reform and opening up to the world and an important window for the international community to observe China’s reform and opening up. What will be the situation of Guangdong's economy this year? GDToday & Nanfang Daily launched a special series titled “Guangdong Economic Watch”, aiming to analyze the economic prospect of Guangdong.

The per capita GDP for the residents of south China's Guangdong Province exceeded 15,000 USD for the first time in 2021, according to a statistical bulletin released on March 2. 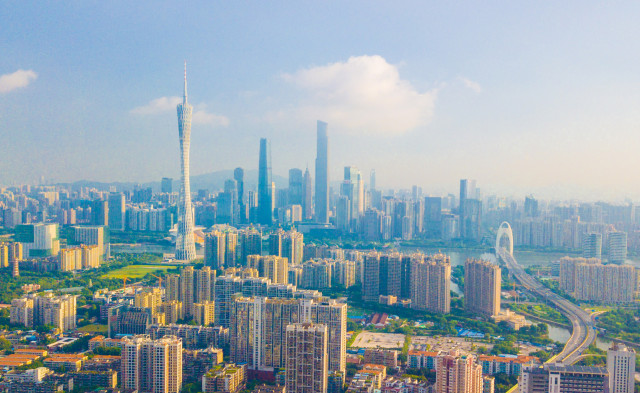 Guangdong’s Statistical Bulletin of National Economic and Social Development 2021 shows that the per capita GDP in Guangdong reached 15,234 USD (98,285 yuan) last year, up by 7.1%. That is calculated on an annual average exchange rates basis.

Despite the pandemic, the number of permanent residents in Guangdong swelled by 600,000 last year to 127 million, even higher than the nation’s total population growth, which is 480,000.

A more populous province means a larger labor force, a bigger and increasingly growing consumption market as well as great potential to enhance human capital. And Guangdong is no exception.

The total value of import and export in Guangdong exceeded eight trillion yuan, up by 16.7%. And the foreign investment in actual use registered 184 billion yuan and hit its latest high with an increase of 13.6%.

Furthermore, there were 1.42 million of various market entities newly registered across the province, making the total amount exceeding 15 million.

New business forms like cross-border e-commerce and market purchasing have greatly lowered the threshold for SMEs to conduct international trade and spurred foreign businesses to expand overseas market in the post-pandemic era.

Till February 8, all Guangdong’s 21 cities have set up cross-border e-commerce comprehensive pilot areas.

“Based on the mature physical production and sale, cross-border e-commerce is gradually becoming less dependent on the off-line transaction. It is crucial to bolster foreign trade in Guangdong, maintain the stability of China’s foreign trade and sustain its economic growth,” said Li Zhiyuan, Professor of Economics at Fudan University.

“Guangdong can intensify its efforts to promote service trade by taking opportunities offered by RCEP to boost the development of its own service industry, especially the knowledge-intensive business service,” said Xie.