Xi advocates community of all life on Earth at COP15

Chinese President Xi Jinping on Tuesday called for efforts to build a community of all life on Earth at a key UN meeting to enhance global biodiversity protection. 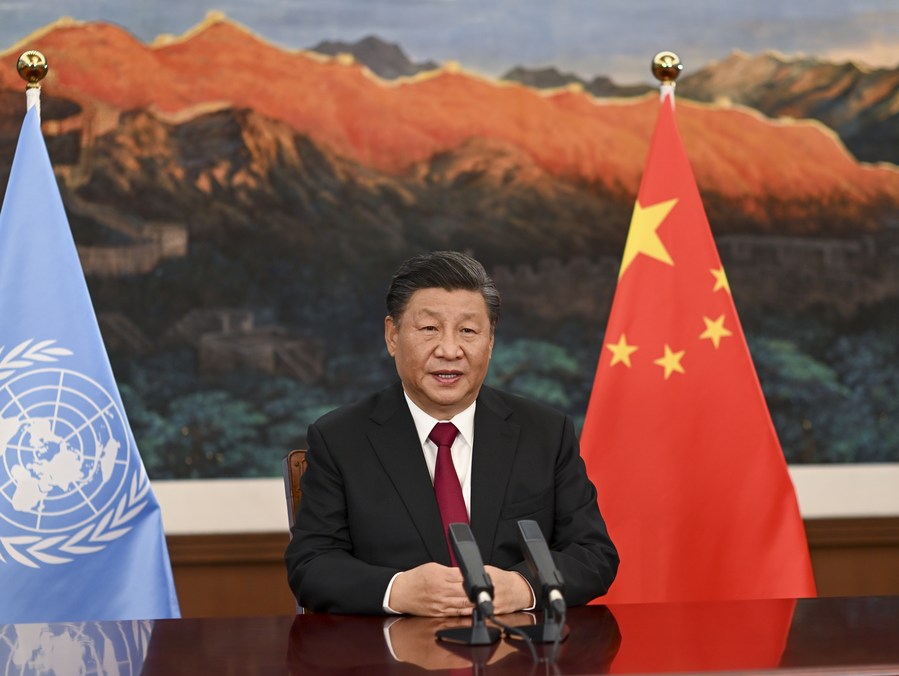 Chinese President Xi Jinping delivers a keynote speech via video link at the leaders' summit of the 15th meeting of the Conference of the Parties to the Convention on Biological Diversity (COP15) held in Kunming, southwest China's Yunnan Province, Oct. 12, 2021. (Xinhua/Li Xueren)

Chinese President Xi Jinping on Tuesday called for efforts to build a community of all life on Earth at a key UN meeting to enhance global biodiversity protection.

"Protecting biodiversity helps protect Earth, our common homeland, and contributes to humanity's sustainable development," Xi said when addressing the leaders' summit of the 15th meeting of the Conference of the Parties to the Convention on Biological Diversity (COP15) via video link. The meeting is being held in southwest China's Kunming.

He called on countries to join hands and start a new journey of high-quality development for humanity for the sake of their common future.

World leaders, international organizations and experts have warned of alarming biodiversity loss and the urgent need to come up with ambitious and effective solutions to guide global cooperation on the matter.

"Biodiversity makes Earth full of vigor and vitality, and lays the foundation for human survival and development," said Xi.

Inger Andersen, under-secretary-general of the United Nations (UN) and executive director of the UN Environment Programme, said the "costs of our suicidal war against nature" are growing at an alarming rate.

Elizabeth Maruma Mrema, executive secretary of the Convention on Biological Diversity, said safeguarding biodiversity is the defining task of this decade.

"We risk repeating the failures of the last decade," said Mrema. "Our commitments must be translated into effective policies and concrete actions." 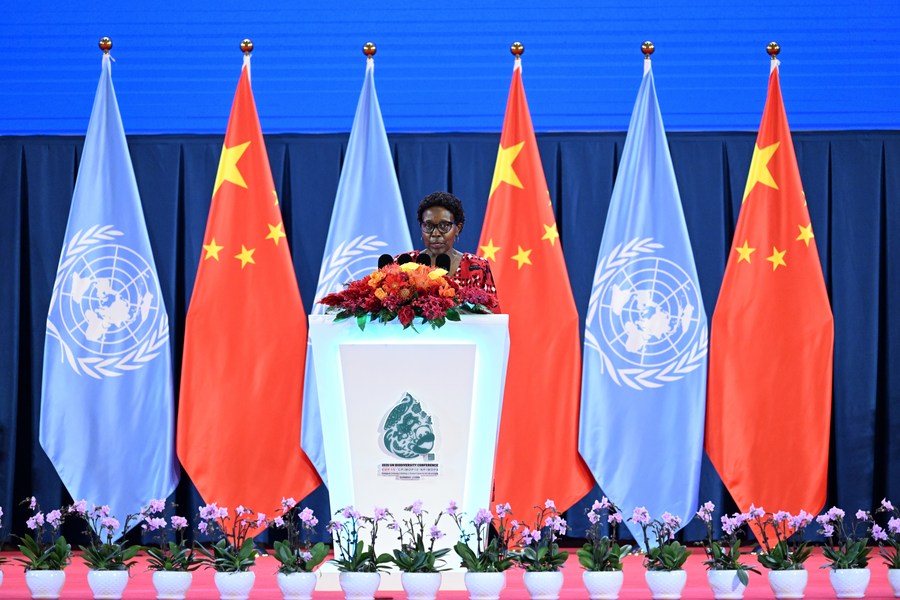 Xi said COP15 is very significant, as it will work for the conclusion of the Post-2020 Global Biodiversity Framework, and identify targets and pathways for global biodiversity protection in the future.

"In this context, the international community must enhance cooperation, build consensus and pool strength to build a community of all life on Earth," he said.

Over 5,000 representatives from governments, international organizations, research institutes and enterprises are attending COP15, which is the first global conference convened by the UN to highlight ecological civilization, a philosophy proposed by China.

"We shall take the development of ecological civilization as our guide to coordinate the relationship between man and nature," Xi stressed, adding that human activities need to be kept within the limits of the ecology and environment.

"We need to speed up efforts to foster a green way of development and secure a win-win of economic growth and environmental protection," he said, noting that a sound ecology and environment is both a natural asset and an economic one.

Xi underscored the importance of letting the green transition drive the efforts to facilitate global sustainable development, and called for stepping up green international cooperation and sharing the fruits of green development among all countries.

Stressing the need to improve people's well-being to promote social equity and justice, Xi noted that international law should be the basis for upholding a fair and equitable international governance system.

"The new environmental protection targets we set need to be ambitious on the one hand and pragmatic and balanced on the other, so as to make the global environmental governance system fairer and more equitable," said Xi.

Yolanda Fernandez Lommen, the Asian Development Bank's country director for China, said China is a mega biodiverse country, and all the targets, plans and policies that Xi announced will contribute not only to China, but to the rest of the world.

With a protected land area of 230,000 square kilometers, China's first batch of national parks is home to nearly 30 percent of the key terrestrial wildlife species found in the country, he said, adding that the country is moving faster to establish a protected-areas system with national parks as the mainstay.

Xi announced during his speech that China will take the lead by investing 1.5 billion yuan (about 233 million U.S. dollars) to establish a Kunming Biodiversity Fund to support biodiversity protection in developing countries.

To achieve its carbon peak and neutrality targets, China will release implementation plans for peaking carbon dioxide emissions in key areas and sectors as well as a series of supporting measures, Xi said.

He added that the country will continue to readjust its industrial structure and energy mix, vigorously develop renewable energy, and make faster progress on planning and developing large wind-power and photovoltaic bases in sandy areas, rocky areas and deserts.

The country's hard work to advance biodiversity conservation at home and efforts to promote global cooperation to reverse the loss of biodiversity has been recognized by the global community.

Offering to host the COP15 conference is "a clear demonstration of China's leadership and commitment to biodiversity," said Mrema.

She said that China's restoration efforts over recent decades clearly represent a good model for future work, which other countries can also emulate and learn from.

China has made great strides on biodiversity conservation in the past 10 years or so, and the ecological red-line policy in particular is innovative and well-leading, said Terry Townshend, Beijing-based British conservationist and Fellow of the Paulson Institute.