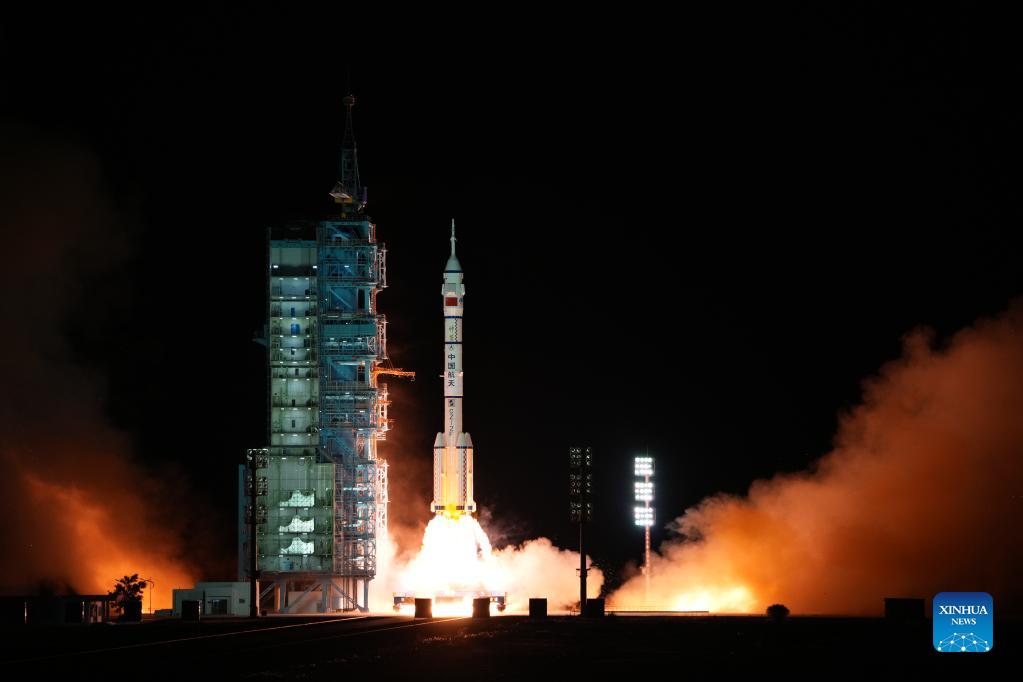 The spacecraft, atop a Long March-2F carrier rocket, was launched from the Jiuquan Satellite Launch Center in northwest China's Gobi Desert at 12:23 a.m. (Beijing Time), according to the China Manned Space Agency (CMSA).

About 582 seconds after the launch, Shenzhou-13 separated from the rocket and entered its designated orbit. The crew members are in good shape and the launch is a complete success, the CMSA declared.

It is the 21st flight mission since the country's manned space program was approved and initiated, and the second crewed mission for China's space station project.

The three astronauts are Zhai Zhigang, the commander and China's first spacewalker, Wang Yaping, the first Chinese female astronaut to visit China's space station and carry out extravehicular activities, and Ye Guangfu, a newcomer to space.

They are expected to set a new record for China's manned space mission duration, exceeding the three months kept by the Shenzhou-12 crew from June to September this year.

After entering orbit, the Shenzhou-13 spaceship will conduct a fast automated rendezvous and docking with the in-orbit combination composed of the space station core module Tianhe and the cargo craft Tianzhou-2 and Tianzhou-3. The astronauts will be stationed in the core module.

They will have assignments including operating mechanical arms, performing extravehicular activities, and having module transfer tests. They will also continue to verify key technologies concerning astronauts' long-term stay in orbit, as well as recycle and life support.

Tianzhou-3, carrying supplies for the Shenzhou-13 crewed mission, was launched and docked at the rear docking port of Tianhe on Sept. 20.

Currently, the complex formed by Tianhe and the two cargo craft has entered an orbit for docking, ready for docking with the Shenzhou-13 spacecraft and boarding of the three astronauts.