Officials from China's Guangdong, Hong Kong and Macao said on Thursday that they will join hands in implementing plans for developing cooperation zones.

Officials from China's Guangdong, Hong Kong and Macao said on Thursday that they will join hands in implementing plans for developing cooperation zones. 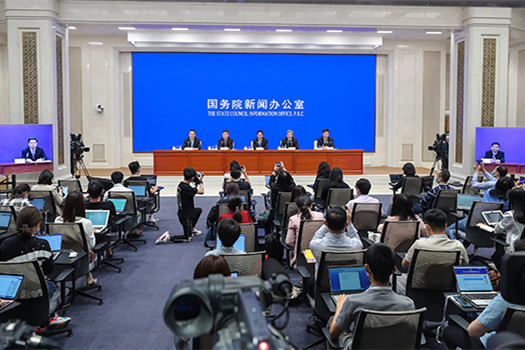 Lee said the HKSAR government is confident in leveraging the institutional advantage brought by the "one country, two systems" principle, adding that the HKSAR will participate in developing the modern service industry of the cooperation zone to explore growing space for its professional-service business.

Cheong Weng Chon, secretary for administration and justice of the Macao SAR, also said the regional government welcomes the Guangdong-Macao plan, and is grateful to the central authorities.

Cheong said the zone will become a new platform to boost Macao's appropriate economic diversification, a new space that makes the lives and work of Macao residents more convenient, a new model to enrich the practice of "one country, two systems," as well as a new high-ground for building the Guangdong-Hong Kong-Macao Greater Bay Area.

The two zones bring new major historical opportunities for the reform and development of Guangdong Province in the new development stage, said Lin Keqing, executive vice governor of the province.