In this episode, we invited Alex Yu, a Ukrainian actor who played Nikolski in the TV drama "The Age of Awakening", to recall an epoch-making event for the world - the founding of the Communist Party o
.

Editor’s note: July 1, 2021 marks the 100th anniversary of the founding of the Communist Party of China (CPC). Over the past 100 years, the CPC has overcome many difficulties to lead the Chinese people fighting for national independence and striving for socialist modernization. Since the start of reform and opening-up in the late 1970s, more than 700 million people in China had been lifted out of poverty. As China is now moving closer to the world's center stage, the century-old party has always remained vibrant. Newsgd.com invited four foreign actors who are pursuing their acting dreams in China to share their "Chinese stories" from their characters. Welcome to stay tuned!

“Only when people awake can China have a future”, this is the favorite line of Alex Yu, the Ukrainian actor who played Nikolski in the TV drama The Age of Awakening. The TV drama that narrates the story of how the Communist Party of China (CPC) was founded in 1921 went viral on social media. Alex felt “great honor” for participating in the drama. 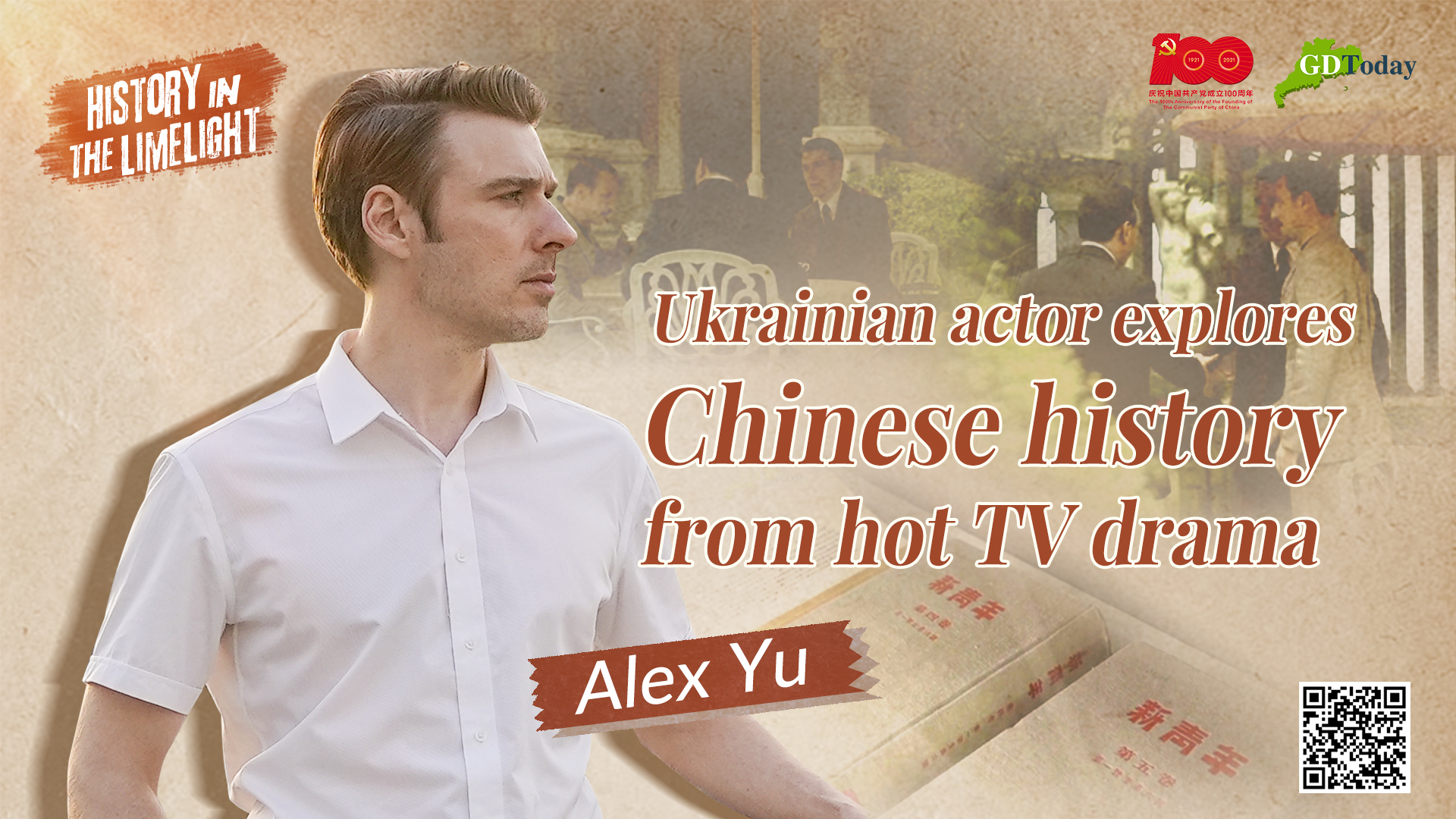 Alex came to China in 2010 and has lived in Shanghai for 11 years. In addition to being an actor, he also works as a part-time translator for visiting groups of business people or in public affairs. In 2018, he participated in the first China International Import Expo (CIIE) as a translator. One year after the first CIIE was held, he was surprised to find that nearly all kinds of international products could be found in Shanghai.

"Pudong New Area is one of the landmarks of reform and opening up. Now, China has made such great progress, has such a good economy and people's likelihood have been improved so fast. All of these prove that we have chosen the right path!"