Xi said China and the United States should respect each other, coexist in peace, pursue win-win cooperation, and manage domestic affairs well while shouldering international responsibilities.

Xi pointed out that both China and the U.S. are at critical stages of development, and the "global village" of humanity faces multiple challenges.

As the world's two largest economies and permanent members of the UN Security Council, China and the U.S. need to increase communication and cooperation, each run their domestic affairs well and, at the same time, shoulder their share of international responsibilities, and work together to advance the noble cause of world peace and development, Xi said.

This is the shared desire of the people of the two countries and around the world, and the joint mission of Chinese and American leaders, he said.

Xi stressed that a sound and steady China-U.S. relationship is required for advancing the two countries' respective development and for safeguarding a peaceful and stable international environment, including finding effective responses to global challenges such as climate change and the COVID-19 pandemic.

China and the U.S. should respect each other, coexist in peace, and pursue win-win cooperation, Xi said, expressing his readiness to work with President Biden to build consensus and take active steps to move China-U.S. relations forward in a positive direction.

Doing so will advance the interests of the two peoples and meet the expectation of the international community, Xi added. 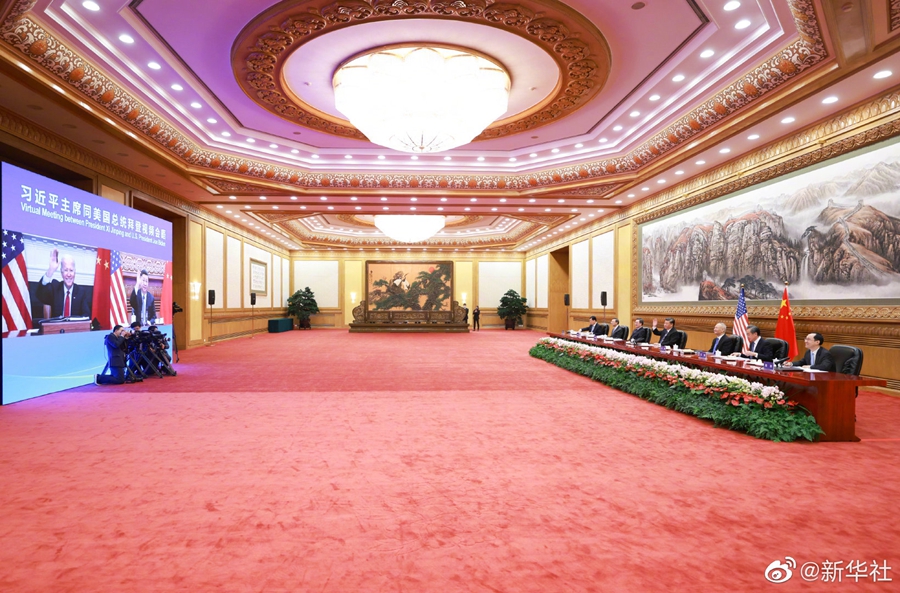 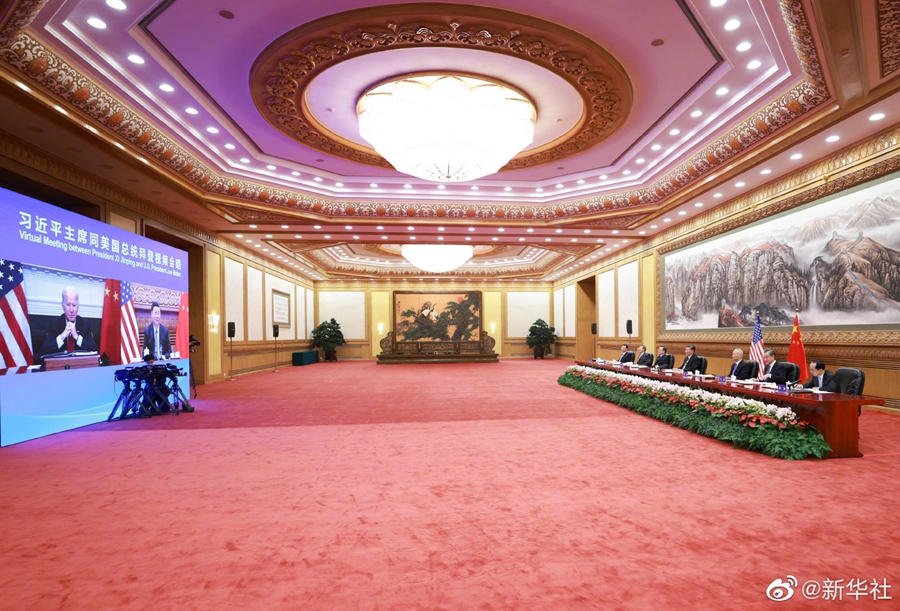