“Sports play an important role in promoting friendship, bringing people together, and enhancing harmony above politics,” said Zafar Uddin Mahmood. He expects China will hold a “safe, smooth, and successful” Winter Olympics to "bring people around the world closer and increase harmony among nations”.

Editor's note: The Beijing 2022 Olympic and Paralympic Winter Games are drawing near, putting the city into the spotlight once more. What do people worldwide expect of the Games? What are their stories about Beijing 2008 and Beijing 2022? GDToday and Nanfang Daily are co-presenting a series of reports to bring you “Global takes on Beijing 2022”.

“Sports play an important role in promoting friendship, bringing people together, and enhancing harmony above politics,” said Zafar Uddin Mahmood, former Special Envoy for China-Pakistan Economic Corridor (CPEC). He expects China will hold a “safe, smooth, and successful” Winter Olympics, by which it could “bring people around the world closer and increase the harmony among nations”. 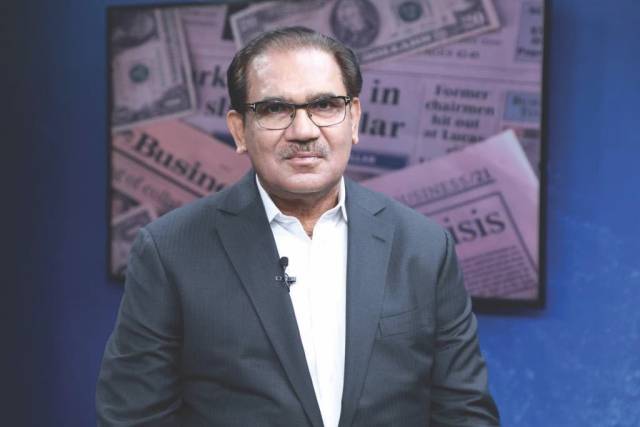 Zafar's friendship with China dates back to 1976 when he first came to the country as a student. He served as Economic and Commercial Counsellor at the Embassy of Pakistan in Beijing and later as the Pakistani Consul General in Shanghai. When working as Special Envoy for CPEC, he played an instrumental role in its implementation. After that, Zafar has been dedicated to promote mutual understanding between China and Pakistan and established the Pakistan-based organization Understanding China.

“China has proven its ability to hold safe, smooth, and successful Olympics”

The 2022 Winter Olympics will be held in Beijing from Feb. 4 to Feb. 20, making Beijing the first city in the world to host both the Summer and Winter Olympic Games.

“China earned this exclusive honor due to its unique geographical location, excellent infrastructure facilities, proven record of hosting successful sports events, strong support by the government and public at large, and above all, the ability to improve the facilities within the stipulated time frame, particularly under the special circumstances of the COVID-19 pandemic,” said Zafar.

13 years ago, the 2008 Winter Olympics was held in Beijing, leaving numerous memorable moments for the world, and its legacies are still being built on today in the preparation for Beijing 2022.

The National Stadium in Beijing, the “Bird’s Nest”, will become the first venue to host opening and closing ceremonies for both the Summer and Winter Olympic Games. Meanwhile, the National Aquatics Center, previously the “Water Cube”, has transformed into the “Ice Cube” and will host curling matches next February.

Zafar is a witness of Beijing 2008, from China’s preparation for the bid to its successful host of the Games. “It was a festivity-like atmosphere all over,” Zafar recalled his experiences at that time. “Everyone in Beijing, taxi drivers, sales persons at stores, policemen, volunteers or citizens, all were geared up and involved in some manner. People were trying to learn English to welcome delegations from all over the world.”

“China perhaps is the only country in the world where the bid is not only supported by the Chinese government but also by all Chinese people,” he added. Impressed by the joint efforts of Chinese society and the thorough arrangements “by any standard”, he affirmed that “China has the capability to organize any event par excellence”.

Same as the 2020 Summer Olympics in Tokyo, the upcoming Winter Games is also facing a serious challenge posted by the COVID-19 pandemic. To strengthen pandemic control and prevention, the 2nd edition of the Beijing 2022 Playbook was released in December, helping athletes, team officials, and all other participants finalize their plans for their travel to, arrival in, and departure from China.

Zafar praised China’s anti-COVID efforts for “minimizing the spread and death toll without any serious disruption to normal life activities and the economy”. “China has proven its ability to hold safe, smooth, and successful Olympics. I have absolutely no doubt about that,” he furthered.

Olympics are an opportunity to unite, not a tool to divide

Pierre de Coubertin, the founder of the modern Olympic Games, once said: “Olympism is a destroyer of dividing walls. It calls for air and light for all.” In a time of unprecedented challenges across the world, China put forwards “Together for a Shared Future” as the motto of Beijing 2022, echoing the newly changed Olympic motto: “Faster, Higher, Stronger - Together”.

In Zafar’s view, China always considers the Olympics as “a tool to promote understanding” and solidarity worldwide. He took China-Pakistan relations for example: “Besides international events, there had been frequent exchanges between the two countries. We had been learning from each other by exchanging coaches and establishing sports facilities.”

During the 76th Session of the UN General Assembly, the Olympic Truce for Beijing 2022 was adopted by consensus and co-sponsored by 173 member states. Thomas Bach, President of the International Olympic Committee, stressed that “the Olympic Games stand above and beyond all political, cultural, and other differences” and should not become a tool to achieve political goals.

However, certain countries led by the US still run counter to the political neutrality of the Olympics by announcing a so-called “diplomatic boycott”.

“People in Pakistan are not happy at the position of certain countries to politicize this great event”, said Zafar. According to him, Pakistan will send an official delegation to attend Beijing 2022, and its athletes are preparing for the Games in cross-country skiing and Alpine skiing.

“Pakistani people are excited and are looking forward to another successful event in China, which will bring the world closer and increase the harmony among nations,” said Zafar.