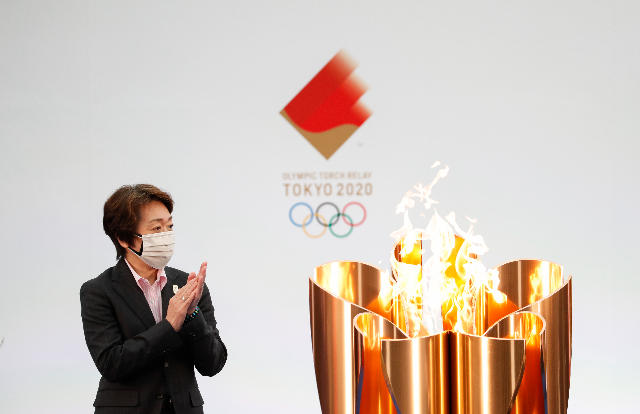 Hashimoto had been the Olympic Minister since 2019 before replacing former Japanese prime minister Yoshiro Mori as Tokyo 2020 president last February. Mori was forced to resign over alleged sexist comments.

The 57-year-old Hashimoto competed in seven Olympics as a speed skater at four Winter Games and a track cyclist at three Summer Games. In 1992, she received the bronze for the women's 1,500 meter speed skating event in France.

Yamashita had already announced his attendance of the Games during a Beijing 2022 themed exhibition in Tokyo last month.

The judo legend confirmed that he would travel to China with the Japanese delegation, which will have over 200 members.

"The Japanese delegation will be officially unveiled on Jan 29 and depart for Beijing on Jan 30. I will join them too. Although we have not decided how many athletes will be competing, there will be more than 200 members," he said.

In a news conference, Matsuno said the Japanese government had given up on a plan to send senior officials to the Beijing Games, but he also said the decision did not represent the so-called diplomatic boycott, which was started by the United States to politicize the sports extravaganza.

"We don't use a particular term to describe how we attend," he said. "Japan made the decision on its own."

In response, Foreign Ministry spokesman Zhao Lijian said the Japanese side should live up to its commitments to Beijing.

"China welcomes the Japanese Olympic Committee and relevant figures, as well as Japanese athletes to participate in the Beijing Winter Olympics and Paralympics," Zhao said.

"We also noticed the Japanese government's remarks and urge Japan to take concrete measures to fulfill its commitments to Beijing of 'mutually supporting each other as Olympics hosts' and 'leaving politics out of sports'," he added.

"China is confident to work with all parties, to put the "together" Olympic motto into practice and present a simple, safe and exciting Olympic Games to the world."

Xinhua contributed to this story.