What makes America the largest prison in the world?

From 1980s to now, the U.S has seen a huge boom of prison development across the nation, but no one feels safer.

The U.S has the largest prison population in the world, nearly accounting for a quarter of the total number. In 2018, over 2.09 million prisoners are under jurisdiction of state or federal correctional authorities. It means that for every 100,000 Americans, there are 639 who are currently incarcerated.

“What I perceive to be the reason why America jails so many people is commerce, money.” a prisoner said it to Simon Reeve, a British documentary maker, while working in a factory. Although that sounds a bit exaggerated to the audience, it’s a true portrayal of the American prison system. 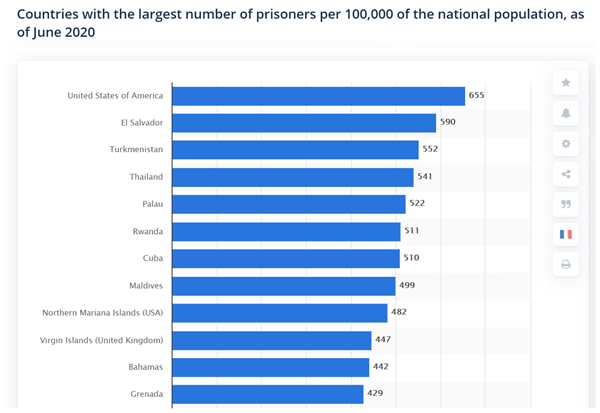 Since the birth of American prisons, tacit collusion between the government and businessmen have kept prisoners as money trees. For hundreds of years, new business modes have been introduced constantly, which have gone through convict leasing, prison farms, and private prisons. Although the prison management methods are keep changing, the use of prisoners for profit has always existed, and it has become a unique industry over time. As of 2019, private prisons in the U.S. held a total of 100,000 inmates, which accounted for 8.1% of the total number. The three private prison giants alone have more than 200 prisons with more than 150,000 beds, earning almost $5 billion a year. Two of the largest private prison corporations, CoreCivic (formerly the Corrections Corporation of America) and the GEO Group, have even been listed in the United States.

The largest private prison company in the United States, CCA, was started in 1983. One of the founders, Terrell Don Hutto, had many years of experience in operating prison farms.

After the abolition of slavery in the United States, blacks who regained their freedom lacked the ability to adapt to the society and felt it difficult to make a living. Many of them fell into theft and robbery crimes, which led to their imprisonment. In addition, the South could not afford to part with its slaves. At this time, businessmen began to take advantage of the loopholes in the 13th Amendment to the U.S. Constitution and created a new form of slavery: convict leasing. (Thirteenth Amendment to the United States Constitution says that: “Neither slavery nor involuntary servitude, except as a punishment for crime whereof the party shall have been duly convicted, shall exist within the United States, or any place subject to their jurisdiction.”) Many prisoners are rented out to cotton farms, logging camps or rail companies. 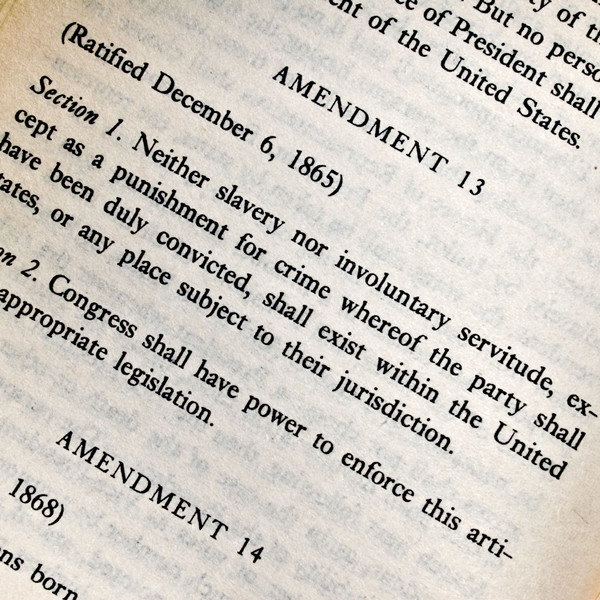 In fact, it is just the same as slavery, except it’s been legalized by the constitution.

Wages of prisoners are only 1/20 of those of free labors, and many of the convicts suffered inhumane treatment. The book The American Siberia, or Fourteen Years' Experience in a Southern Convict Camp records that the railway company will not provide shelters for the prisoners. In order to appease their hunger, the prisoners can only dig some roots or find some fruits from palm trees while working. Many prisoners cannot bear the overloaded work so that they choose to blind themselves or cut their hands and feet off. 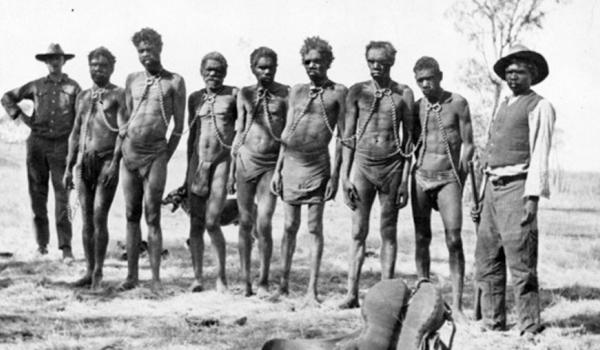 Extremely low labor cost and endless exploitation brought huge revenues for local governments and the companies. In order to throw more poor blacks into jail, some states even introduced harsh laws. For example, according to the Pig Law passed in 1876, stealing something worth $10 or more can constituted grand larceny, an offense punishable by up to five years in prison. Three years after this law was implemented, the number of crimes has tripled, and almost all of the newly added prisoners were African Americans.

The state government immediately found that it is an extremely profitable business, and began to buy a large number of plantations, then sent prisoners working there. Without a middleman, the state government's fiscal revenue soared. In 1967, Arkansas State Prison had a profit of nearly $300,000.

Until the 1970s, such prisoner farms still existed in many southern states. 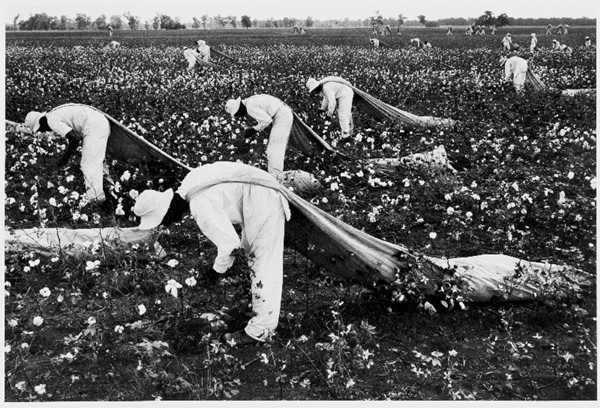 Prisoners from the Ferguson Unit picking cotton outside of Huntsville, Texas, in 1968.

Existing private prisons started in the 1980s when drugs and guns were rampant and the number of prisoners soared, resulting a heavy burden on the public sector. To reduce public spending, the Reagan administration proposed to transfer some government functions to private enterprises, and for-profit private prisons began revitalizing. The federal government and state governments began to sign contracts with private companies to build prisons, and at the same time the government paid certain operating expenses to the companies.

In 2014, American journalist Shane Bauer decided to go undercover and get a job as a prison officer in Louisiana. According to what he observed, in order to make a profit, the prison not only lowered the standards of medication, diet and education treatment for prisoners, but also drastically reduced the number of prison staff. The serious shortage of prison officers also led to chaos in the prison. In the first 6 weeks of his stay, 7 prisoners were stabbed and one prisoner even got stabbed more than 30 times. In order to avoid spending “extra” money, the prison can throw perpetrators into solitary confinement instead of conducting legal charges. 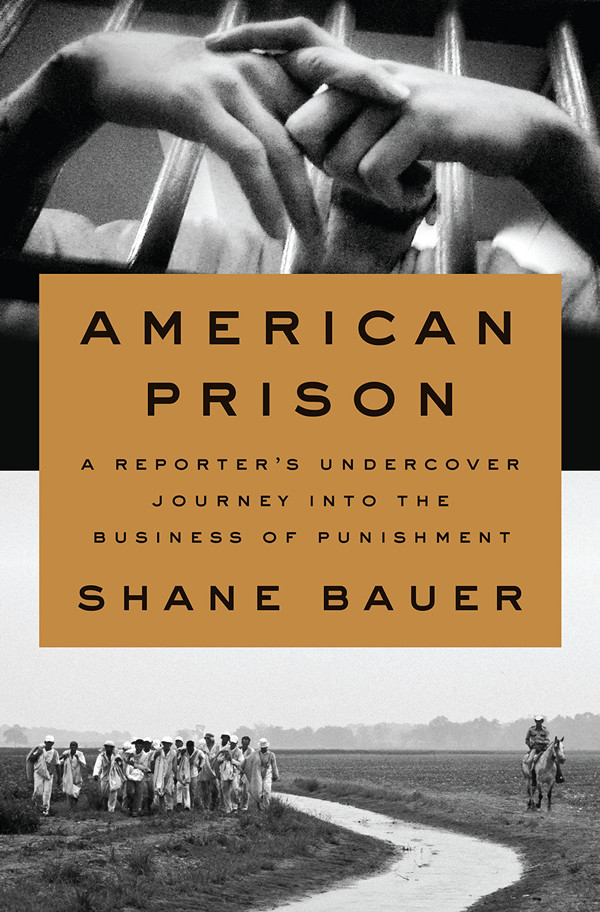 The overcrowding of prisons in the United States is also very serious. According to The Bureau of Justice Statistics, about half of states reporting data are at 99 percent or more of their operational capacity. Many private prisons do not have basic medical facilities and sanitary conditions are appalling, infectious diseases are spreading. Even those inmates imprisoned for minor offences can experience the death penalty brought about by the virus.

ABC News reported on December, 2020 that at least 275,000 prisoners have been infected with COVID-19 virus, of whom more than 1,700 have died. According to data collected by The Associated Press and The Marshall Project, a nonprofit news organization covering the criminal justice system, half of the prisoners in Kansas have been infected with COVID-19 — eight times the rate of cases among the state’s overall population.

More brutal incidents occurred in immigration detention centers. In September, 2020, several human rights legal groups sent complaints to the Office of the Inspector General of the Department of Homeland Security (DHS), asserting that the Irwin County Detention Center in Georgia has conducted a large number of hysterectomies on immigrant women. One of the whistle blowers, Dawn Wooten, a nurse working there, claimed that uterus removal surgery had been performed on Spanish-speaking immigrants, many of whom did not even understand why they had undergone the procedure. “When I met all these women who had had surgeries, I thought this was like an experimental concentration camp. It was like they’re experimenting with our bodies. ”one detainee said, according to the complaint. 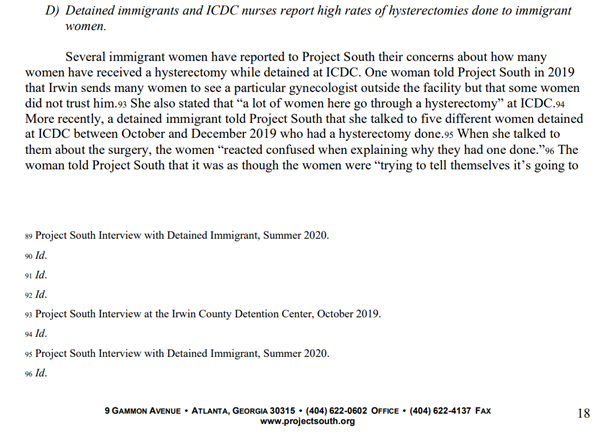 The report also noted that an Irwin detainee was placed in solitary confinement for three days for helping another complete a grievance form.

What happened in Irwin detention centre were not special cases. According to a report of the Guardian, Project South, a human rights institute, also filed similar complaints against another location in Georgia where detainees have alleged abuse.

The U.S is criminalizing poverty

The Irwin detention centre was found to be run by private corporation LaSalle Corrections which set highs for lobbying state law makers.

It is just a tip of the iceberg.

According to a Washington Post report, the private prison industry spends millions of dollars lobbying Congress and state and local governments over corrections policy. Just a few years ago, in 2017, the GEO Group spent nearly $400 thousand on state-level candidates, committees and office holders.

According to information released by Migration Policy Institute, in April, 2017, ICE (Immigration and Customs Enforcement) extended its contract with CoreCivic for a 1,000-bed immigrant processing center in Texas. In October, ICE issued a request for information about potential locations for up to 3,000 new detention beds within 180 miles of Chicago, Detroit, Salt Lake City, and St. Paul, Minnesota.

A report from The Public Interest, a transparency watchdog group, finds many state, county and local governments that outsource prisons to private corporations frequently sign contracts that guarantee a certain occupancy rate in prison beds, 90%-100% for the most. It means that the government should send enough people to prisons or have to pay the firms for unoccupied beds.

And people in poverty are most likely to become the targets.

Philip Alston, the UN Special Rapporteur on Extreme Poverty and Human Rights, once pointed out that the cash bail system in the U.S. also means that many people are imprisoned because they cannot afford the bail. “We live in a country where our criminal justice system is defined by the size of your wallet and the color of your skin,” said an article published by the Miami Herald on Dec. 18, 2020. You can be fined because your car lights are broken or you are homeless. You can be arrested for loitering. You can even be thrown into jail for sleeping on a chair in the park overnight. According to one of the Courier Journal’s report, although black people make up about 20 percent of Louisville’s driving-age population, they accounted for 57 percent of police searches, even though the police were far more likely to find contraband in searches of white people than black people.

Some people may say that Biden has signed an executive order instructing the Ministry of Justice to improve prison conditions and start abolishing private prisons, so that prison conditions will be greatly improved. However, the private prisons will not be closed immediately. Instead, the existing contracts will be automatically terminated when they expire. Moreover, the Washington government can only make decisions on federal prisons, but most prisoners are held in state or county prisons. 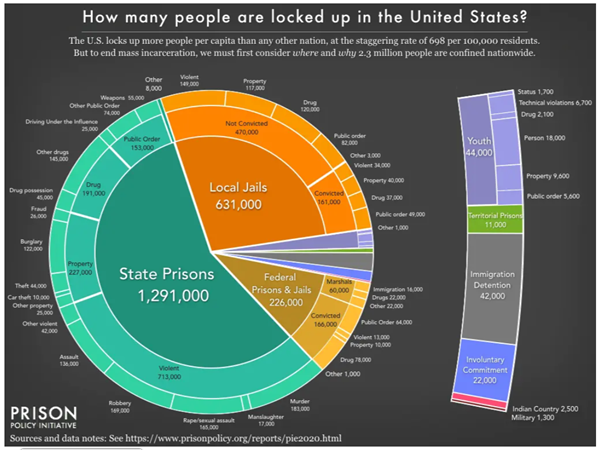 During Obama's presidency, the federal government was also prohibited from signing new contracts with private prisons. Before any effects showed, Trump took office, and encouraged his Administration to build private prisons/detention centers to hold a large number of immigrants.

Money has long been the driving force of American politics. Lobbyists hired by private prison companies continue to defend private prisons. The “reform” of the Biden Administration has been completely unable to shake the booming prison industry in the US. A large number of people continue, and will continue, to be reduced to prisoners, serving as profit tools in America.

“From 1980s to now, the U.S has seen a huge boom of prison development across the nation, but no one feels safer.” said Justin Cooper, a community activist in Denver.