World Health Organization (WHO) Director-General Tedros Adhanom Ghebreyesus (C, Rear) attends a press conference in Geneva, Switzerland, on March 11, 2020. WHO said on Wednesday that the COVID-19 outbreak can be characterized as a "pandemic" as the virus spreads increasingly worldwide. (Xinhua/Chen Junxia)

Noting that the country has been trying to manage a balancing act between containing the epidemic and reviving the economy, analysts and business insiders of many countries have expressed their cautious optimism that the Chinese economy will be left unscathed in the long run.

After securing an upper hand in its all-out confrontation with the novel coronavirus on home turf, China is warily repositioning itself to fight the economic fallouts of the outbreak already declared as a pandemic.

In stark contrast to the rapid spread elsewhere in the world, the virus spread has been basically contained in China, with new risks largely coming from imported cases. The National Health Commission said it received reports of 15 new confirmed cases on the mainland on Wednesday, among which six were imported cases.

Since the beginning of the outbreak, China has prioritized the health of people from home and abroad and taken stringent measures to contain the spread of the virus at the expense of short-term economic gains.

Flexibility and agility are what China has learned from its tough fight with the ferocious virus. Shortly before the World Health Organization declared the outbreak as a pandemic, China's State Council unveiled new measures to support foreign trade and investment in case the increasingly severe situations overseas might further weigh down global industrial chains.

The measures in the pipeline include a shorter negative list of foreign investment and more foreign trade loans from financial institutions.

During his Tuesday inspection of Wuhan, the epicenter of the outbreak, Chinese President Xi Jinping reiterated that the epidemic will not undermine the fundamentals of China's steady and long-term sound economic development despite short-term economic repercussions.

Chinese President Xi Jinping learns about the hospital's operations, treatment of patients, protection for medical workers and scientific research at the Huoshenshan Hospital in Wuhan, central China's Hubei Province, March 10, 2020. Xi made an inspection of the epidemic prevention and control work in Wuhan on Tuesday. (Xinhua/Xie Huanchi)

In a speech at a teleconference on Feb. 23, Xi, also general secretary of the Communist Party of China (CPC) Central Committee and chairman of the Central Military Commission, stressed the importance of coordinating the prevention and control of the epidemic and economic and social development.

While ensuring sufficient epidemic prevention and control, resumption of work and production in certain regions has a bearing on solid material supply to contain the epidemic, completing the building of a moderately prosperous society in all aspects, China's opening up and global economic stability, among others, said Xi. 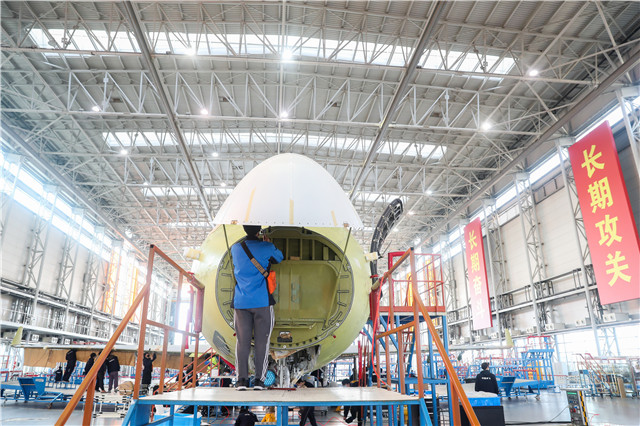 Technicians work on the manufacturing line of China's ARJ21 aircraft at a factory in Shanghai, east China, March 6, 2020. The factory of Commercial Aircraft Corporation of China Ltd. in Shanghai has resumed production amid epidemic prevention and control efforts. (Xinhua/Ding Ting)

As the world's second-largest economy, China has much leeway in sustaining steady economic growth. The ample maneuver room comes from the government's rich policy toolkit.

Xi has demanded the right pace and capacity of macro policies to cushion the epidemic's impact and prevent economic growth from slipping out of an appropriate range.

The epidemic has become one of the busiest occasions for China's government agencies, which are in full swing to keep an eye on the economy's well-being amid the epidemic fight and develop support steps.

Governments at all levels are responding swiftly to calls for help. Some local authorities arranged chartered buses, trains and flights to bring employees back to work to ease labor shortages.

After reports of some 300 million chickens starving over impeded feed supply in epidemic-stricken Hubei, the government prompted state-owned grain suppliers to send feed and later ordered local governments to refrain from blocking ways key to transport of livestock feed and products. 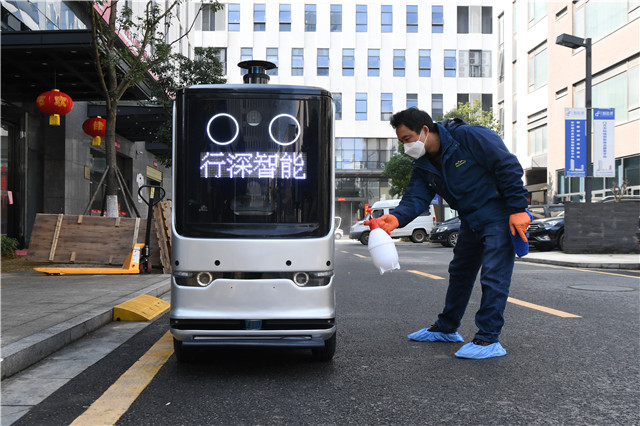 Besides government aid, the country's businesses have been biting the bullet with grit and wit to survive and thrive. Companies and factories see the hard times as a chance to discover opportunities in the midst of a crisis.

Industrial giants are taking the lead in business adjustments, such as the rollout of non-contact delivery services and promotion of virtual reality salesrooms and online scenic spot tours. Many also lend a hand to prop up smaller players in their business ecosystem, including scraping rent and commission and offering microloans for vulnerable partners.

In one of the hardest-hit sectors, many restaurants take to food delivery to keep business going. Some even put their chefs on livestreaming platforms to pitch dishes or offer cooking tips.

The country's vibrant digital sector further adds to the economy's resilience by enabling millions of people to work, entertain and study from home via telecommuting and livestreaming.

As of the end of February, over 95 percent of companies in petrochemical, telecommunications, electricity and transport industries have resumed operation, while staff in over 80 percent of foreign-funded enterprises have returned to work. 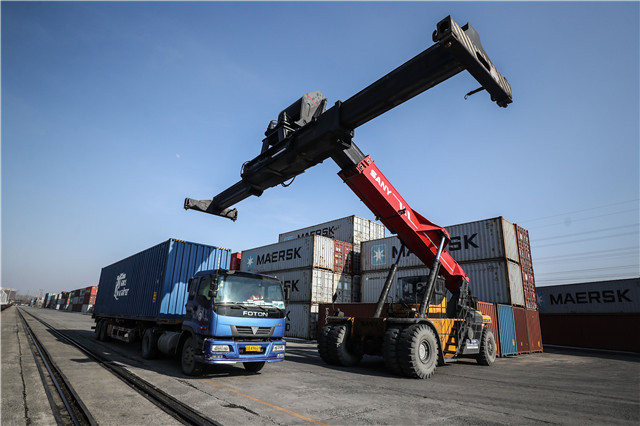 Photo taken on March 5, 2020 shows containers at a logistic station of Shenyang East Railway Station in Shenyang, northeast China's Liaoning Province. The resumption of regular operation of China-Europe freight trains provided strong support for the resumption of production for trade enterprises in the province amid the novel coronavirus epidemic. (Xinhua/Pan Yulong)

Xi said the COVID-19 epidemic will inevitably deal a relatively big blow to China's economic and social development, but its impact is temporary and generally manageable. He pointed out that at such a time it is even more important to view China's development in a comprehensive, dialectical and long-term perspective and to strengthen and firm up confidence.

China's major economic growth targets for 2020 are yet to be announced as the annual session of the national legislature was postponed due to the epidemic, but Xi has reiterated that the country has confidence and capabilities to achieve the building of a moderately prosperous society in all aspects and the eradication of poverty.

Noting that the country has been trying to manage a balancing act between containing the epidemic and reviving the economy, analysts and business insiders of many countries have expressed their cautious optimism that the Chinese economy will be left unscathed in the long run. 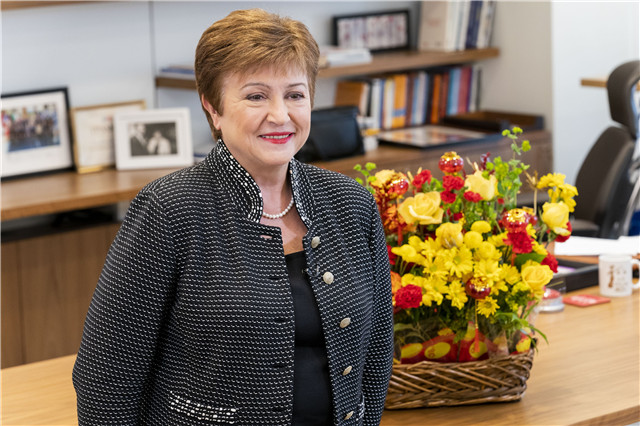 IMF Managing Director Kristalina Georgieva said in February that she believes the Chinese economy "remains resilient" and will "return to normal in the second quarter" of 2020.

"We believe the coronavirus is a one-off negative shock, which should not alter the long-term growth trajectory of China's economy," UBS economists said in a research note in February. "As the virus outbreak is contained and economic activities normalize, we see pent-up demand being released and businesses recover."

However, experts said worldwide disruptions by the pandemic would pose new challenges to the Chinese economy.

The prevention focus should be shifted to the monitoring of inbound travelers to minimize the impact on business resumption, said Zhang Yansheng, chief researcher of the China Center for International Economic Exchanges.