The Chinese experience shows that the COVID-19 can and will be contained. Here are seven things China has done to battle the virus. 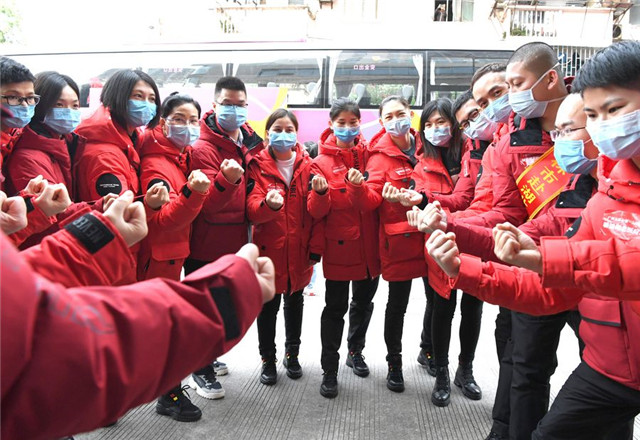 The Chinese experience shows that the COVID-19 can and will be contained. Here are seven things China has done to battle the virus.

China has passed its peak of the COVID-19 outbreak, with new cases trickling down to single digits and overall epidemic situation improving.

Thanks to arduous endeavors, China has been witnessing a domestic trend in which the situation of epidemic prevention and control is making sustained progress, and the order of life and production is being restored at an increasing pace, Chinese President Xi Jinping said on Thursday during a phone call with UN Secretary-General Antonio Guterres.

Though China still needs to be vigilant for imported infections, its experience shows that the disease can and will be contained. Here are seven things China has done right to battle the virus.

To battle a highly infectious disease, the first and foremost task is to stop it from spreading. Therefore, China locked down virus epicenter Wuhan, where 10 million people live, on Jan. 23. Across Hubei, as many as 60 million people faced some sort of outbound restriction.

At its peak, Hubei's capital city of Wuhan designated 86 hospitals to treat the disease. Within about two weeks, it built two field hospitals -- Huoshenshan and Leishenshan -- to offer 2,600 beds for the severely-ill. The city added another 13,000 beds in 16 public-facility-turned hospitals for people with mild symptoms. By far, all the 16 temporary hospitals have been closed as the spike in cases is already over.

The outbreak of the virus coincided with the Lunar New Year holiday in China from Jan. 24 to Feb. 2. The country launched a nationwide prevention campaign, calling on people to wear masks, wash hands, self isolate, and refrain from gathering. Banners, drones and raps were used to get the message across the country. The holiday passenger volume was slashed by half, and for those who needed to travel, seats were spaced out to minimize contact.

Across China, patients with fever, a key symptom of the disease, are directed to fever clinics to prevent cross-infection. Infected patients are sent to designated hospitals, depending on their level of severity. Tests are free of charge, and treatment is covered by medical insurance.

China's National Health Commission rolled out seven editions of a guideline on diagnosis and treatment of the disease. Companies that make reagents and testing kits went full throttle. 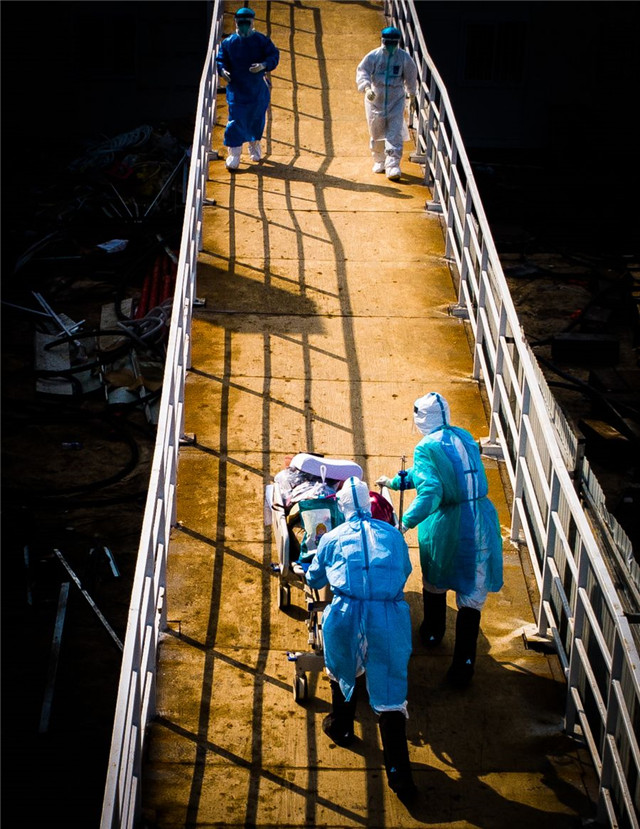 Across the country, all hands have been on deck.

Medical resources poured into Wuhan and other cities in Hubei, the hardest-hit by the virus. A day after Wuhan lockdown, 450 military medics arrived to help local doctors. By far, about 42,000 medical staff from other parts of China, including the military, were dispatched to Hubei. Under a "pairing-up support" system, 19 provincial-level regions sent medics to help virus fight in Hubei. One in 10 Intensive Care Unit (ICU) specialists in China has been dispatched to Hubei to treat critically-ill patients.

During the early stages of the outbreak, medics faced a dire shortage of supplies. Therefore, factories that previously made garments, plastics, and even tofu, shifted rapidly to mask production, even though the transformation may come at a cost.

According to the Ministry of Industry and Information Technology, China's output of protective clothing surged to 500,000 pieces per day from fewer than 20,000 pieces at the beginning of the outbreak. The daily output of N95-rated medical masks rose from 200,000 to 1.6 million, while regular masks production reached 100 million.

For ordinary people, a two-week quarantine is required on anyone who has traveled to virus-affected provinces or countries. The Chinese people followed government rules, locked themselves at homes, and kept social distances in selfless sacrifice to maintain stability and public health.

Big cities such as Beijing and Shanghai have strengthened "people's defense" and ramped up contingency plans. Community workers have to go grocery shopping, buy medicine, and run other errands for families who served quarantine rules. Large-scale body temperature testing is mandated in workplaces, public venues, and residential communities. 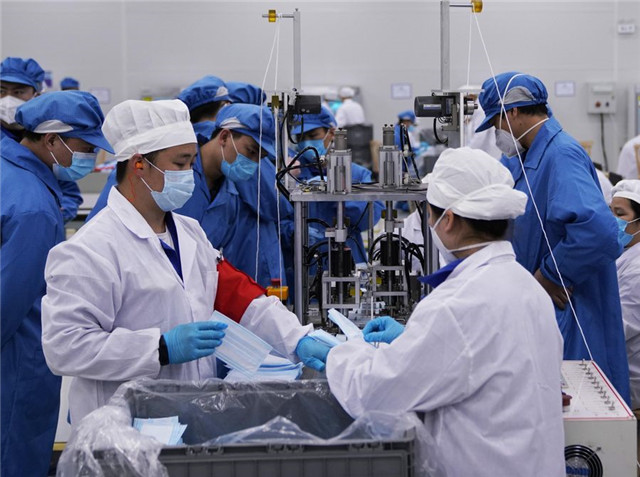 What China faces is the hardest major public health emergency to contain since the founding of the People's Republic of China in 1949. President Xi said the epidemic is a major test of China's system and capacity for governance.

On Jan. 20, Xi ordered resolute efforts to curb the spread of the virus, putting people's safety and health as the top priority. Under his command, China carried out the most comprehensive and rigorous prevention and control measures in a people's war. Since January, the epidemic response was on the agenda in a series of Communist Party of China (CPC) leadership meetings Xi chaired, including seven meetings of the Standing Committee of the Political Bureau of the CPC Central Committee.

On Jan. 25, Chinese Premier Li Keqiang began heading a central leading group on the epidemic response, and the country initiated an interagency mechanism. Daily announcements are made on the number of diagnosed and suspected patients in each city. Vice Premier Sun Chunlan has been in Hubei to oversee work on the ground.

Local officials who failed their responsibility in containing the epidemic were fired. In February, Party chiefs of Hubei and Wuhan were replaced in light of the serious problems exposed in the initial response.

In a visit to Wuhan on March 10, President Xi vowed victory for the fight. 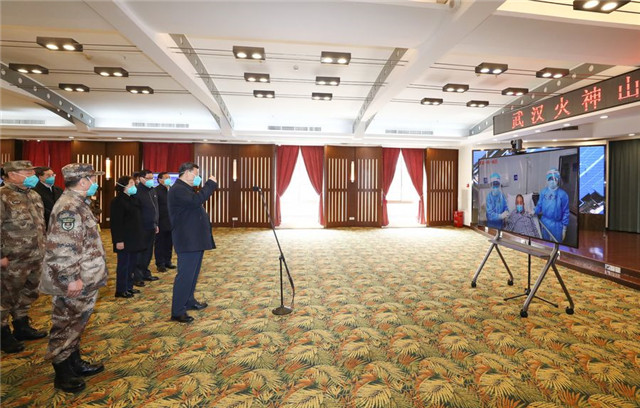 To stem the outbreak, Chinese authorities extended the New Year holiday and kept schools shut. In February, China announced it will postpone the annual sessions of the national legislative and political advisory bodies, a key event on the country's political calendar.

According to a national guideline, regions with relatively low risks should focus on preventing imported cases and comprehensively restoring the order of production and life. Medium-risk regions should promote work and production resumption in an orderly manner, while high-risk regions such as Wuhan should continue to be fully committed to epidemic prevention and control. 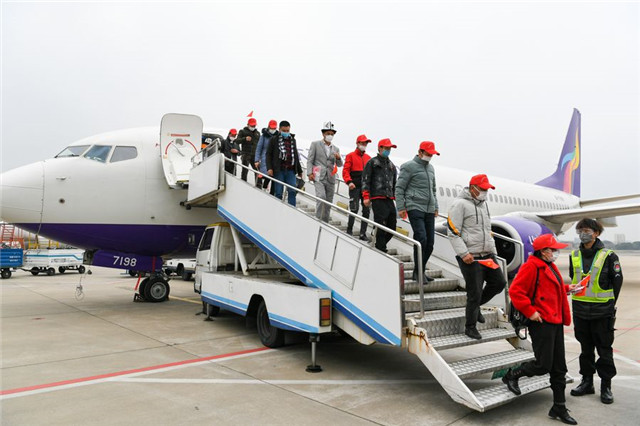 To keep the economy on track, ministries and local governments rolled out policies to ensure agricultural production in the spring season, facilitate business operation and employment, with specific measures such as provisionally lowering or waiving employers' social insurance contributions. Authorities have kept consumer prices stable and punished price gouging.

China's State Council unveiled a new policy to support foreign trade and investment. Measures in the pipeline include a shorter negative list of foreign investment and more foreign trade loans from financial institutions.

China has about 170 million rural migrant workers employed away from their hometowns, and getting them back to work after the holiday posed a significant challenge. Companies chartered buses, high-speed trains, and planes to get them back to workplaces safe and sound.

During the mass quarantine, life goes on as much as it can, online.

China has over 854 million people with access to the Internet. Mobile payment and express delivery services are ubiquitous, sustaining everyday needs amid the epidemic.

The number of online meetings supported by Tencent Meeting on Feb. 10, when most companies started resuming work, jumped 100 times from its previous daily use. Ten online medical platforms in China have over 100,000 doctors online every day, and some platforms provide free Q&A for users in Hubei. 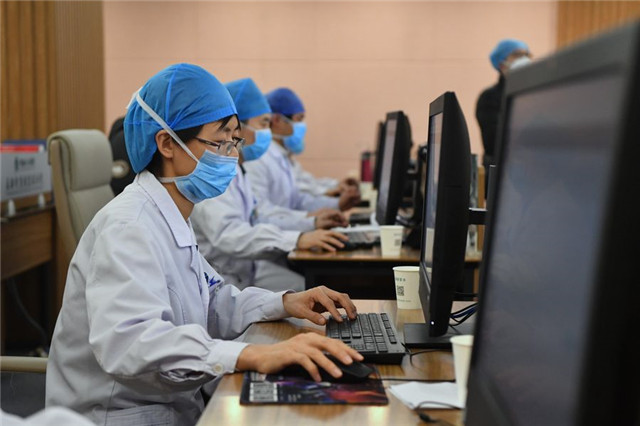 Domestically, officials handling the outbreak faced constant scrutiny from the public and were pressured to make good on the promise to keep the people safe.

On the international stage, Chinese authorities have vowed transparency and coordinated response with the global community. On Jan. 12, China shared the genome sequences of the new virus with the World Health Organization, after identifying the pathogen on Jan. 7.

So far, China has shared multiple files on epidemic control as well as diagnosis and treatment plans with over 100 countries and more than 10 international and regional organizations. It provided medical supplies and testing kits to other countries hit by the virus, including Italy, the Republic of Korea, and Japan. China also sent medical experts to Iran, Iraq and Italy to aid the anti-virus battle.

No one knew how to treat the new disease. However, science and technology are the most powerful weapon in humanity's battle against diseases. President Xi called for accelerated development of new-type testing kits, antibody medicines, vaccines, diagnosis, and treatment plans.

Several drugs, such as Chloroquine Phosphate and Remdesivir, are being tested. Convalescent plasma therapy has been experimented with. A vaccine is being developed.

Hangzhou was the first Chinese city to adopt QR codes for medical service. The QR codes, produced with mobile app Alipay, is connected with users' electronic health cards and social security cards, facilitating everything from registration to medicine taking. Instead of filling in health report forms, residents can now show the QR codes at community or expressway checkpoints. Thus, no-contact checks can be carried out to reduce virus transmission risks.