Why is Guangdong a birds' paradise?

As an important migration spot for migratory birds, Guangdong provides a comfortable habitat for birds such as herons, ducks, gulls and sandpipers every year. According to statistics, there are more than 300 species of migratory birds wintering over in Guangdong, with over 200,000 individual birds.

As an important migration spot for migratory birds, Guangdong provides a comfortable habitat for birds such as herons, ducks, gulls and sandpipers every year. According to statistics, there are more than 300 species of migratory birds wintering over in Guangdong, with over 200,000 individual birds.

Why can Guangdong become a paradise for so many migratory birds? Experts believe that this is because of Guangdong's unique natural climatic conditions. In recent years, Guangdong has promoted a number of wetland restoration projects, and its biodiversity ranks among the top in China.

Birds' Paradise National Wetland Park located in Xinhui District, Jiangmen City refers to an ancient banyan tree in Tianma Village that has been around for more than 400 years. In 1933, China's noted writer Mr. Ba Jin visited here and wrote the article "Birds' Paradise". Since then, it has become a famous attraction in China. 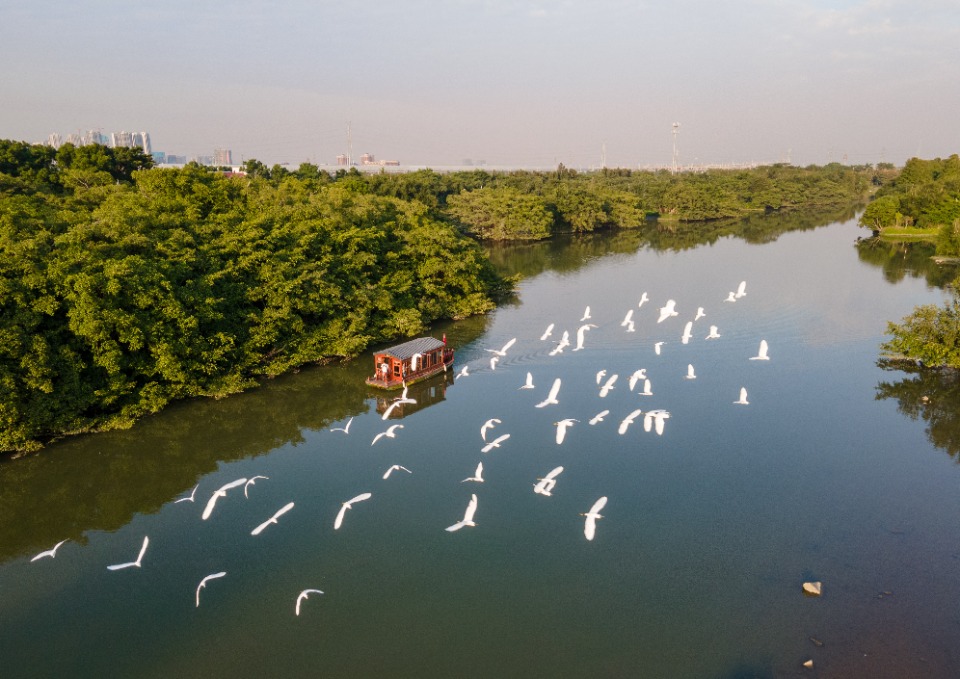 Chen Wenbin is the captain of a bird guard team. A few years ago, the main job of their team was to stop illegal bird catchers from hunting birds. Now that poaching has disappeared, they only need to rescue some injured birds from time to time.

Since 2002, Birds' Paradise National Wetland Park has undergone two large-scale expansions. In order to reduce the impact of humans on the lives of birds, the old bird watching building and bird watching promenade in the park were demolished, and Tianma Middle School, 130 meters away from the park, was also relocated. Now, the original site of this middle school has become a bird monitoring base.

There is also a classic case of urban construction concession to bird habitat. In 2017, the Jiangzhan Railway project increased investment by about 180 million yuan, and built the world's first high-speed railway arched fully enclosed sound barrier. This two-kilometer-long fully enclosed sound barrier railway allows trains passing through the Jiangzhan Railway to pass quietly without disturbing the birds in the Birds' Paradise National Wetland Park, which is 300 meters away. 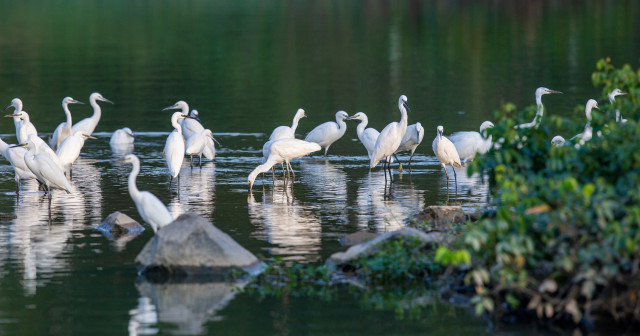 There is more than one "birds' paradise" in Guangdong. The "Heron Paradise" located in Lunjiao Town, Foshan's Shunde was built by Xian Quanhui. In 1998, Xian rented a piece of land for planting bamboo as building materials. After the bamboo forest grew, a large number of herons inhabited here. Therefore, he gave up cutting down the bamboo forest and turned it into a long-term habitat for birds. For a long time, this place has provided a shelter for thousands of herons.

Recently, many herons no longer return to the bamboo forest, but rest on a green space closer to the river. This makes Xian Quanhui happy, because it means the surrounding ecology has been restored, and the birds no longer rely solely on his bamboo forest as their habitat, but have more choices. 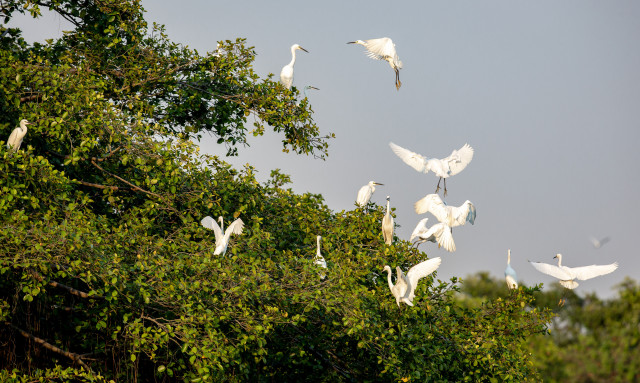 Birds are also increasing in the cities

In recent years, many cities have rehabilitated wetlands that were prematurely deteriorative and dry due to urban construction in the past, making more habitats for the birds.

Guangzhou Haizhu Wetland is a successful model of symbiosis between the city and the birds. Through the restoration of the river and the creation of green islands, the overall environment of the wetland park has become more natural and more suitable for birds. Today, there are more than 180 species of birds inhabiting the Haizhu Wetland. It has also become a place for residents and visitors to watch birds and receive bird science education.

The number of birds in the Haixinsha Asian Games Park in the CBD of Guangzhou is also increasing. More egrets search for food by the fountain in the square or fly over the Pearl River. They no longer fear that humans will disturb their lives.