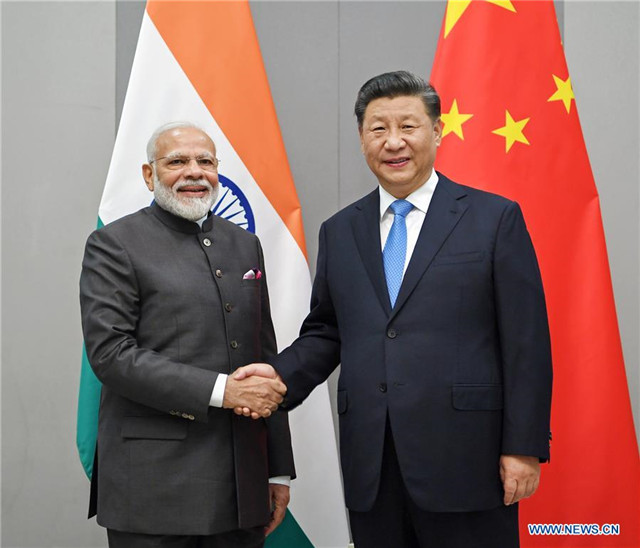 The two leaders held an informal meeting last month in the southern Indian city of Chennai. Xi said the meeting was a success, noting that they made in-depth exchanges of views on global, regional situation as well as major issues of bilateral ties.

Xi said that relevant departments of the two countries are implementing their consensus reached during the Chennai meeting to extend and expand its positive effects.

India participated in the second China International Import Expo (CIIE) as a main guest of honor last week, Xi said, noting that he was told that India was the country with the largest increase in transaction volume at the expo compared with last year.

China welcomes more exports of India's high-quality products to China, the president said, calling on the two countries to expand two-way trade and investment and create new growth points for cooperation in productivity, medicine, information technology, infrastructure and other fields.

As the next year will mark the 70th anniversary of the establishment of China-India diplomatic ties, Xi called on the two countries to make joint efforts to ensure celebrations and the China-India year of cultural and people-to-people exchanges a success so as to enhance the friendship between the two peoples.

Xi also said China and India should work together to uphold multilateralism, safeguard the multilateral trading system with the World Trade Organization (WTO) at its core, jointly safeguard the legitimate development rights, interests and space of developing countries, and promote steady and sustained cooperation among BRICS nations.

Xi stressed that he is willing to maintain close communication with Modi to jointly steer the direction of China-India relations, increase political mutual trust, properly manage differences and expand practical cooperation so as to guide a better and more stable development of bilateral ties.

He hopes China-India ties will achieve new and greater development in 2020, the president said, adding that he is looking forward to meeting with Modi again in China in the new year.

Recalling his previous meetings with Xi in Wuhan last year and in Chennai last month, Modi said trust and friendship between them have been strengthened and many important consensuses reached by them are being implemented.

India congratulates China on the success of the second CIIE, Modi said, stressing that the country is ready to constantly expand bilateral trade and investment with China and enhance their cooperation in energy and other fields.

He said that India is ready to work with China to make the activities celebrating the 70th anniversary of their diplomatic ties and the China-India year of cultural and people-to-people exchanges a success.

The Indian prime minister stressed that he is looking forward to keeping close contacts with Xi and properly managing differences, so that bilateral ties can be more fruitful and always reach a new height. 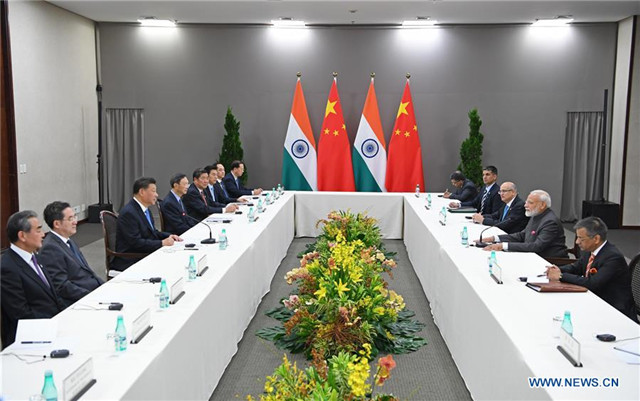