Factories in Guangdong open doors to domestic and foreign media

In the southern province of Guangdong, which has long been the country's manufacturing base, over half of its major enterprises are back to work.

A photographer from European Pressphoto Agency takes pictures inside a lab in Guangzhou. Liu Bo/CGTN

Business and production are gradually resuming in multiple cities across China. In the southern province of Guangdong, which has long been the country's manufacturing base, over half of its major enterprises are back to work.

Industrial sectors like medical care, protective and sanitary goods, high-tech and electronics were among the first to resume production. 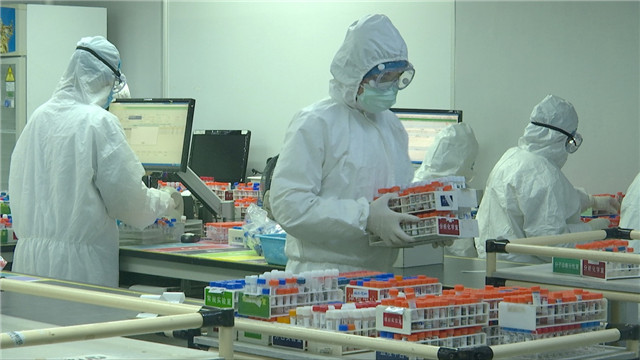 Companies and factories opened their doors to over 50 journalists from 33 media outlets from China and abroad, including NHK from Japan, Lianhe Zaobao from Singapore, the International Daily News from Indonesia and the European Pressphoto Agency, during a two-day media tour organized by the Information Office of the Guangdong provincial government.

Reporters got to see the precautionary measures being taken to guarantee the safety and health of staff, what kind of problems enterprises are facing and the solutions they are implementing. 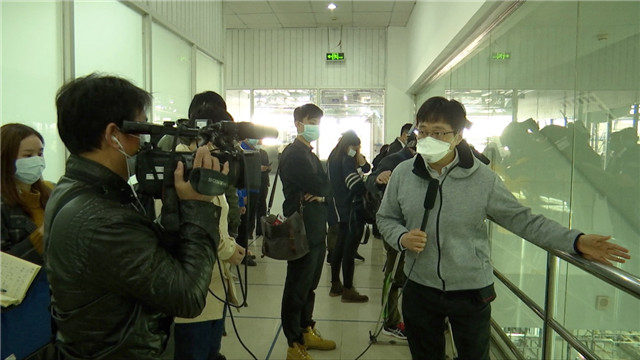 A reporter from Japan does a stand-up at a production line of disinfectants. Liu Bo/CGTN

The media group visited Galanz Group, renowned manufacturers of home appliances, which donated the first batch of microwaves and sterilizers to hospitals in Wuhan. Now more than 80 percent of their 500-strong workforce is back at work.

Guangdong Sunwill Precising Plastic provides air conditioner fan blades for the ventilation system of Wuhan's Leishenshan and Huoshenshan hospitals, which both drew worldwide attention for being built within days. The company's vice president says it can reach full production capacity by the end of February.

Chen Haoguang, a journalist from the International Daily News of Indonesia, said, "Based on what I observed in the enterprises here, I'm confident in Guangdong's manufacturing industry.

"China is well planned and is doing a good job to curb the epidemic, like sending medical staff and supplies to Wuhan and helping enterprises resume production."

Guangdong's GDP output has been the highest among all provinces and regions in China over the past three decades. A stable resumption of production in the province will have a sizeable impact not only on the Chinese economy, but the global supply chain. New policies and regulations are being implemented in the province to help businesses, including rental and tax cuts, low loan interest rates and a "labor-sharing plan."