On November 6, the Belt and Road African Cross-border E-commerce Training was officially opened in Guangdong. The first batch of students consisted of 20 people from 12 African countries, such as Somalia, Guinea, Ethiopia, Senegal, Cameroon, Kenya, and Togo.

On November 6, the Belt and Road African Cross-border E-commerce Training was officially opened in Guangdong. The first batch of students consisted of 20 people from 12 African countries, such as Somalia, Guinea, Ethiopia, Senegal, Cameroon, Kenya, and Togo. 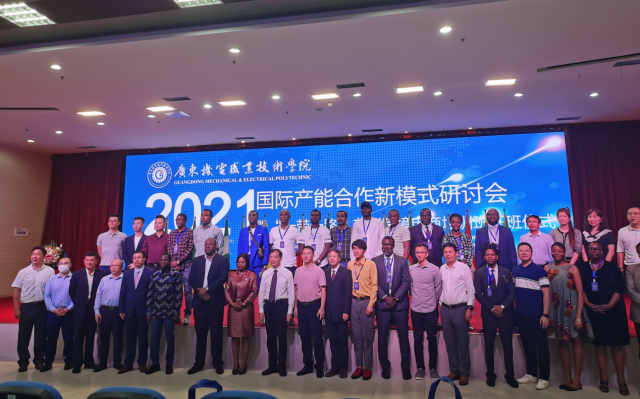 The training was organized by the Guangdong Mechanical and Electrical Polytechnic (GDMEP), one of the national high-quality higher vocational colleges. According to the GDMEP, the training class adopts the "online + offline" teaching method, with 10 days of courses per month. It is China's first training project to systematically cultivate international business talents.

The training aims to share China’s e-commerce experience through studying typical successful cases and business models, as well as operation skills for well-known domestic and international e-commerce platforms, so as to enhance the core competence of all trainees. It will promote the commercial development of some African countries, and is of great significance for Sino-African cross-border trade exchanges under the epidemic.

Ms. Ruby, co-chairman of the China-Africa E-Commerce Chamber of Commerce, is one of the trainees of this class. At the opening ceremony, she introduced how traditional trades between two countries have been upgraded and transformed after the outbreak of COVID-19. "The application development of China's e-commerce is out of this world, and I sincerely hope that I can learn more advanced experiences here," she said.

The China-Africa E-Commerce Chamber was jointly initiated by business elites from more than 30 African countries.

Samuel, who graduated from the Renmin University of China, is also one of the trainees. He has been doing import and export trade in Guangzhou for nearly 7 years. He said that his purpose of participating in this training is to learn some company management skills, so as to further expand his business.

In response to the Belt and Road Initiative, the GDMEP has also launched Luban Workshops in Malaysia and other ASEAN countries in recent years. It opened a technical craftsman training of more than 700 days for teachers and students in Malaysian Era Vocational Academy.