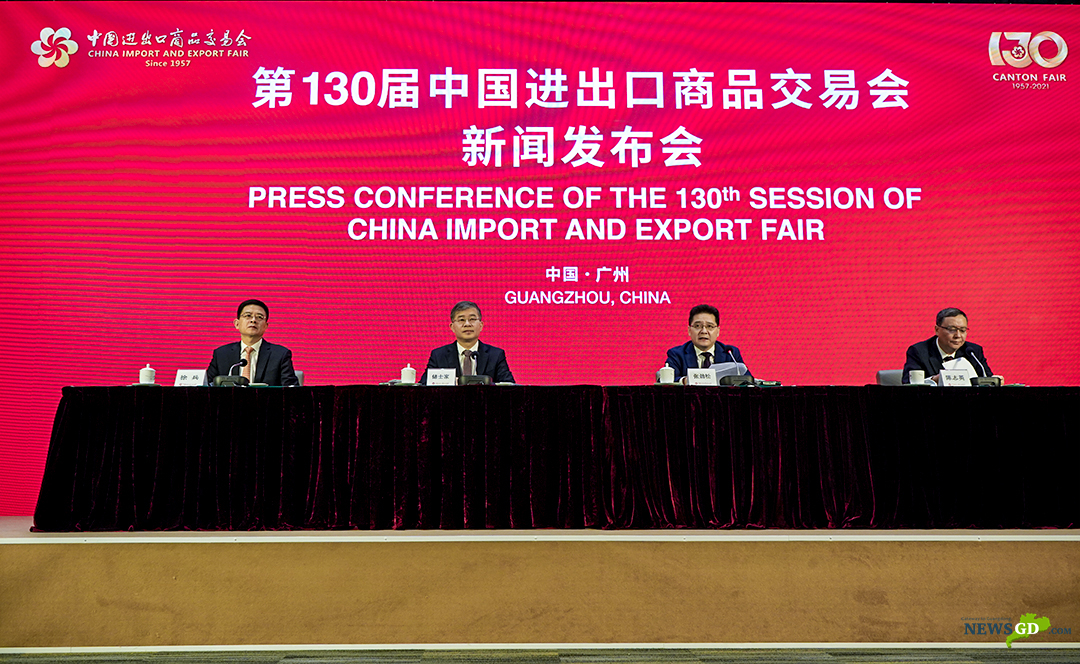 The 130th session of the Canton Fair will kick off on October 15 in both offline and online forms, with an exhibition area of 400,000 square meters for the offline fair and 60,000 online booths set up for 26,000 enterprises and global buyers on the virtual event.

The fair will last five days and feature only one phase compared with three phases in previous sessions to showcase 16 product categories across 51 exhibition areas.

This session of Canton Fair is the first time to be held both online and offline, and it will also see the debut of the Pearl River International Trade Forum, a national forum to reinforce the fair's global influence.

The new model of integrated online and offline Canton Fair will become normal, and the Pearl River International Trade Forum will be held every year, said Chu.

The integrated online and offline fair has the advantages of traditional face-to-face trade to build trust and reach a deal. In addition, it follows the development trend of the digital economy that helps to satisfy the various needs of enterprises around the world, Chu added.

With the theme of driving dual circulation (a strategy to reorient China's economy by prioritizing domestic consumption while remaining open to international trade and investment), the fair is believed to help enterprises expand domestic and international markets.

The fair also sees an increasing amount of quality and boutique products and companies. According to Chu, this year's online exhibition has seen 2.78 million uploaded products, hitting a record high. At the same time, the brand booths account for 57 % of total offline booths, which is nearly three times higher than the previous 20%.

"The 130th Canton Fair is the latest display of China's economic development, showing the creativity, strength, and competitiveness of Chinese enterprises," said Chu.