In commemoration of the 50th anniversary of the establishment of diplomatic relations between China and Turkey, 20 golden trumpet saplings were co-planted by around 30 officials and representatives from Guangdong and Turkey at Guangzhou Haizhu National Wetland Park on December 1.

In commemoration of the 50th anniversary of the establishment of diplomatic relations between China and Turkey, 20 golden trumpet saplings were co-planted by around 30 officials and representatives from Guangdong and Turkey at Guangzhou Haizhu National Wetland Park on December 1. 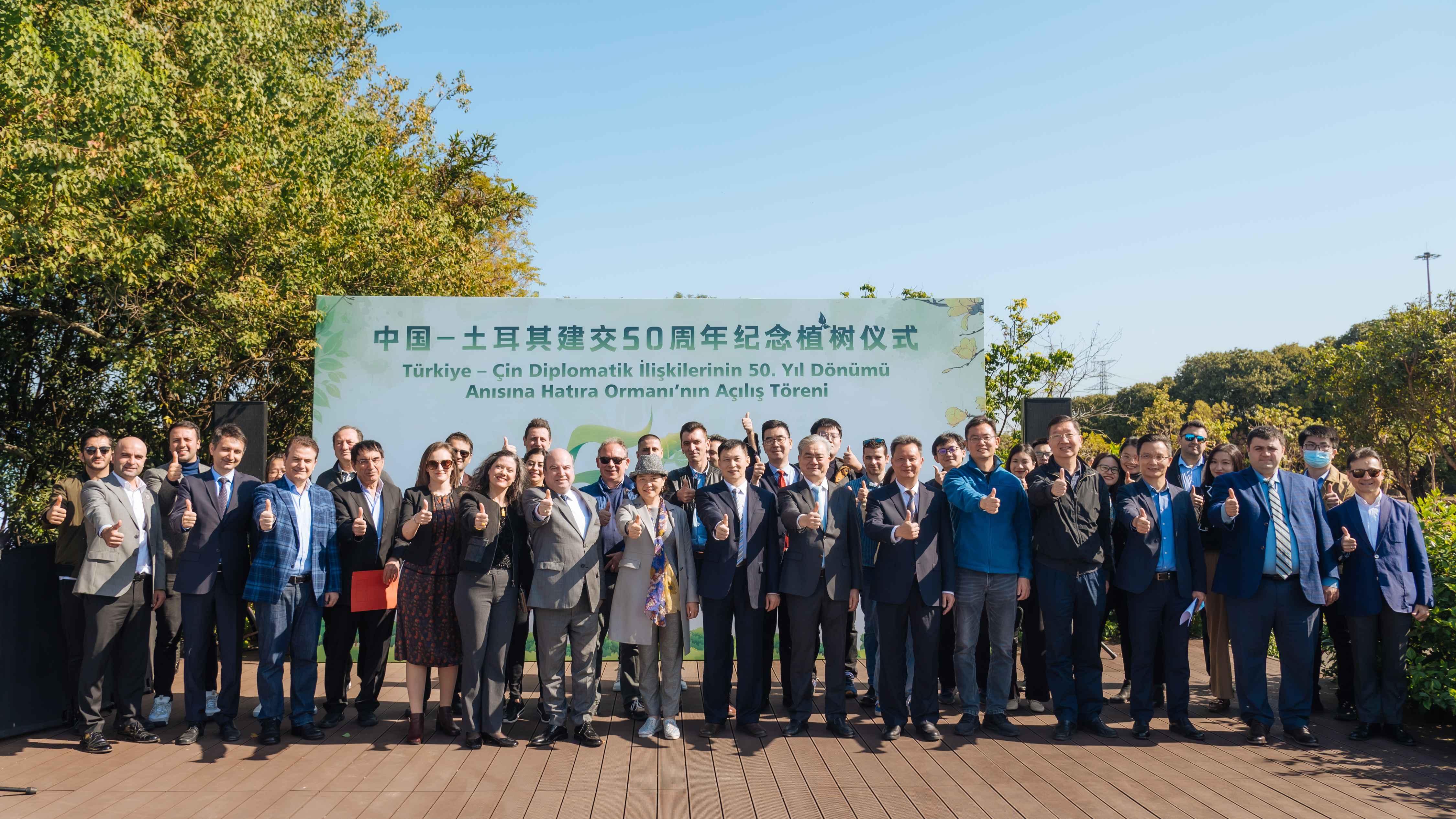 "The golden trumpet presents different styles in different seasons. They are a symbol of the colorful world and diversified culture, as well as the diversity and bright future of the friendly cooperation between China and Turkey." Qian Hongjie, Deputy Director General of the Foreign Affairs Office of Guangdong Province said at the tree planting ceremony.

China and Turkey established diplomatic relations on August 4, 1971. In 2010, the two sides established strategic cooperative relationship. During the past 50 years, China-Turkey bilateral relations have developed steadily.

Since the outbreak of COVID-19 last year, the two countries have pulled together in time of hardship and cooperation has shown strong resiliency and great potential, which has become a new highlight in the bilateral relations and written down a new chapter for friendship.

Under the backdrop of steady development of bilateral relations, Guangdong will continue to deepen exchanges and cooperation with Turkey, so as to further enhance friendship, mutual understanding and proactively promote the achievement of the fruitful results of the China-Turkey cooperation.

In July 2012, Guangzhou and Istanbul officially tied sister-city relations and conducted exchanges and collaboration including high-level visits, education, culture, tourism and other fields. In July 2019, Guangzhou and Ankara formed friendly relationship. In February 2020, the mayor of Istanbul sent a letter to the mayor of Guangzhou, speaking highly of the courage and capacity to cope demonstrated by the Chinese people in face of hardship, and hoping for an early recovery from the epidemic.

"Guangzhou is a garden city. I hope on the occasion of the 50th anniversary of the establishment of diplomatic relations between the two countries, the trees of friendship we planted together will further witness more fruitful results of cooperation between the two sides in the fields of education, culture and tourism." Zhang Wentao, Deputy Secretary General of Guangzhou Municipal Government said.

Abdülkadir Emin Önen, Turkish Ambassador in Beijing, also sent his greetings from Beijing: “I am pleased and honored to know that the ceremony takes place at a time when Turkish-Chinese relations are rapidly developing in every field. This memorial forest is one of the many solid outcomes of our deep-rooted relations and enhanced cooperation.”

According to Mehmet Kurtuluş Aykan, Consul General of Turkey in Guangzhou, there will also be a Turkish national themed shelf in Guangzhou Library and in the coming month there will be various activities to promote Turkish culture.

“We believe that there are two important elements that connect generations: books and trees. With these two lasting elements, we would like to contribute to the further development of our 50-year old diplomatic relationship, together with the development of friendship between the peoples of our two countries,” said Aykan.