“I had only watched lion dances on T before, it is extremely challenging for two performers to be sync during the lion dance, this is fantastic!” exclaimed Eun-young Bak from the Chungcheongnam-do del

“I had only watched lion dances on stage before, it is extremely challenging for two performers to be sync during the lion dance, this is fantastic!” exclaimed Eun-young Bak from the Chungcheongnam-do delegation in South Korea while watching the lion dance at the Foshan Ancestral Temple.

On November 23rd,9 representatives from 6 sister provinces including New South Wales, Bavaria, California, Osh, and Chungnam, joined the tour of Shenzhen, Dongguan, and Foshan, aiming to find out more about Guangdong and enrich further cooperation with the province.

On the last day of the trip, many of the representatives expressed their enthusiasm for Guangdong culture and food. In Foshan, they visited the Foshan Ancestral Temple, a Daoist temple featuring extremely well preserved architecture of the Ming and Qing Dynasties. When visiting museums, representatives were all fascinated to learn more about Foshan’s martial arts culture and iconic lion dance.

In addition to the Foshan Ancestral Temple, representatives visited the historic Nanfeng Kiln and surrounding Cultural and Creative Zone. The group was astonished by the vivid detailing in much Foshan pottery, representatives bought many porcelain souvenirs for their family and friends. “the dog is so life-like, I can even pick out the details of its fur, amazing!” said Dr. Lucie Merkle from the State of Bavaria’s China Office. When visiting pottery studios, Eun-young from South Korea expressed her curiosity toward Nanfeng Kiln “In South Korea we also have a city called Gangjin well known for its pottery, and I can see much in common between Korean and Chinese porcelain, as there have been many exchanges between the neighbouring countries over the centuries.” 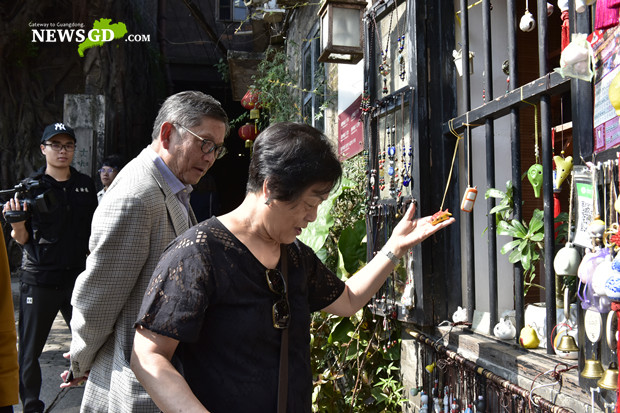 Before the farewell dinner, the group made dumplings by hand together to get a feel of traditional festival culture, some representatives expressing that Chinese dumplings and Italian tortellini are quite similar. 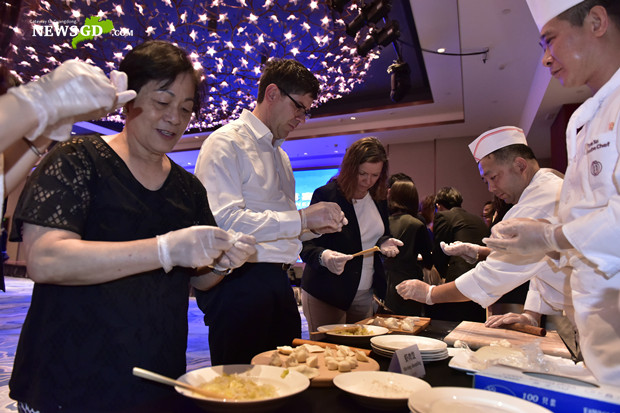 Qiu Huilin, the director of the international cooperation division of the Guangdong Affairs Office hoped the representatives can encourage more cooperation between Guangdong and its sister provinces, “I hope everyone got to know more about the culture of Guangdong through this trip, and hope that everyone can feel the achievements of Guangdong's reform and opening up. By visiting outstanding enterprises in various industries, it also allows the representatives to see areas where they can cooperate in the future,” said Qiu during the dinner, “many cities in Guangdong Province have friendly relationships with cities around the world, and they are all looking forward to potential cooperation.” 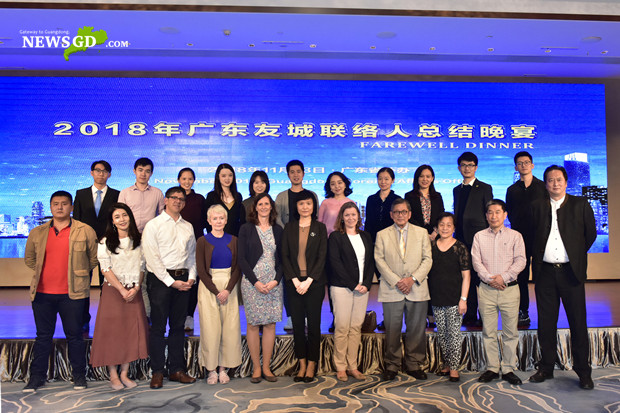 For Claire McWilliams, the Event Briefing Manager for NSW, this was her first visit to Guangdong. The trip has left her with unforgettable memories, “these 5 days were very interesting and valuable. I am very impressed. We have visited many companies, especially artificial intelligence and advanced manufacturing, and that makes me feel excited. I am impressed by the healthy and beautiful environment in Guangdong.”

Corinne Wyer, Director Foreign Affairs of Canton in Zurich expressed his excitement about the trip: “Guangzhou has a lot of green spaces and modern malls, I like it a lot. I think Guangzhou is one of the nicest cities I have seen. I was also impressed by the visits we made to innovation technology firms, and their advanced facial recognition tech.”

In addition to economic cooperation, representatives also expressed their interests in educational exchange, “I believe Guangdong and Chungnam could discuss programs such as sending representative students to each other's country to learn more about other country’s cultures. I was informed of that Guandong and Japan are already operating such a program, so it would be really great if we could do that too,” said Eun-young.