CG of Ukraine in Guangzhou: GBA development plan in the interest of Ukraine

“Guangdong has well-developed industrial chains in the fields of vehicles and electronics. It undoubtedly plays a significant role in Ukraine and China cooperation,” said Dmytro Kamkov, Acting Consul General of Ukraine in Guangzhou in a recent interview with GDToday & Newsgd.com. 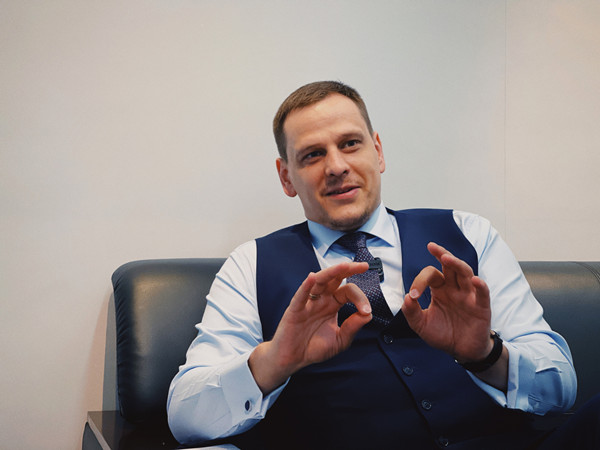 GDToday: How does Ukraine define Guangdong’s role in the strategic partnership between Ukraine and China?

Mr. Kamkov: Guangdong undoubtedly plays a significant role in Ukraine and China’s cooperation. Firstly, Guangdong supplies a variety of goods to the whole world. Secondly, Guangdong is superior in geographical position. It has always been considered as one of the most important marine gates of China and an ideal center for interdependent traders since ancient time. Ukraine, for its part, can be called the agrarian giant of Europe, because millions of tons of raw materials in agriculture are exported to China every year. Based on these complementary advantages, smooth and close connection between Ukraine and Guangdong is the goal that both sides want to achieve.

GDToday: Guangdong has been devoted to the development of the Guangdong-Hong Kong-Macao Greater Bay Area (GBA) for years. Did Ukraine make any plans to capitalize on opportunities in the GBA?

Mr. Kamkov: We deem the GBA as a very interesting and promising project. China is Ukraine's largest trade partner in 2020. As a result, there is a need for an improved mechanism for the import-export sphere, and therefore the GBA development plan is in the interest of Ukraine.

We plans to continue activities towards strengthening communication between Ukraine and GBA. Besides, Ukraine is also interested in playing a transition role between China and Europe in the increasing import-export relation to come and have reached some agreements recently.

Now the Consulate General of Ukraine in Guangzhou is working on concluding agreements on creating a more favorable investment environment for investors and entrepreneurs of both countries. 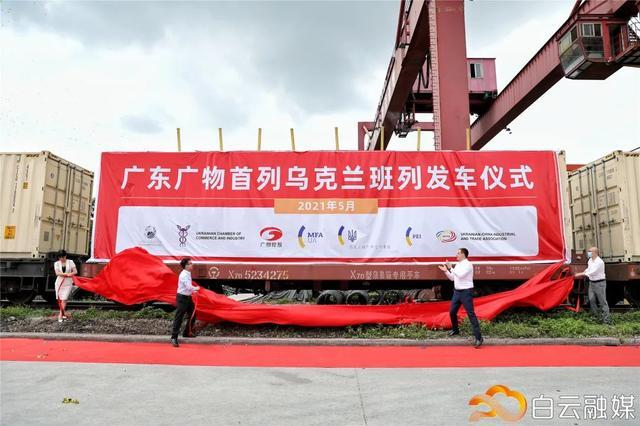 The opening ceremony of China Railway Express from Guangzhou to Odesa. (Source: 白云发布)

GDToday: How do you think the China-Europe Railway Express benefits the foreign trade during the pandemic?

Mr. Kamkov: The direct freight train from Guangzhou arrived at Chernomorskaya station in Odesa on June 19. By introducing this train, we can almost save nearly half of the time compared to traditional transportation by sea and significantly reduce logistics costs for enterprises from both countries, which in turn will further strengthen import-export relation between Ukraine and China.

Undoubtedly, transportation between the East and the West has always been an important part of activities for every economy, and today such a combination can serve as an effective link in the development of the One Belt and One Road Initiative. In other words, we can consider this train as a milestone in establishing a high-quality and regular railway connection between Ukraine and China.

GDToday: Do you still remember the feeling when you first arrived in Guangdong?

Mr. Kamkov: It was spring 2019 when I first came to Guangzhou. A very fast pace of life immediately struck my eyes as I went out of the airport: the people, vehicles, and the atmosphere. At the same time, I always know that Guangzhou is an ancient city. It has lived through several dynasties and has a rich history. Guangdong’s idea of balancing its respect to history and exhibition of modern civilization achievements does inspire me a lot. 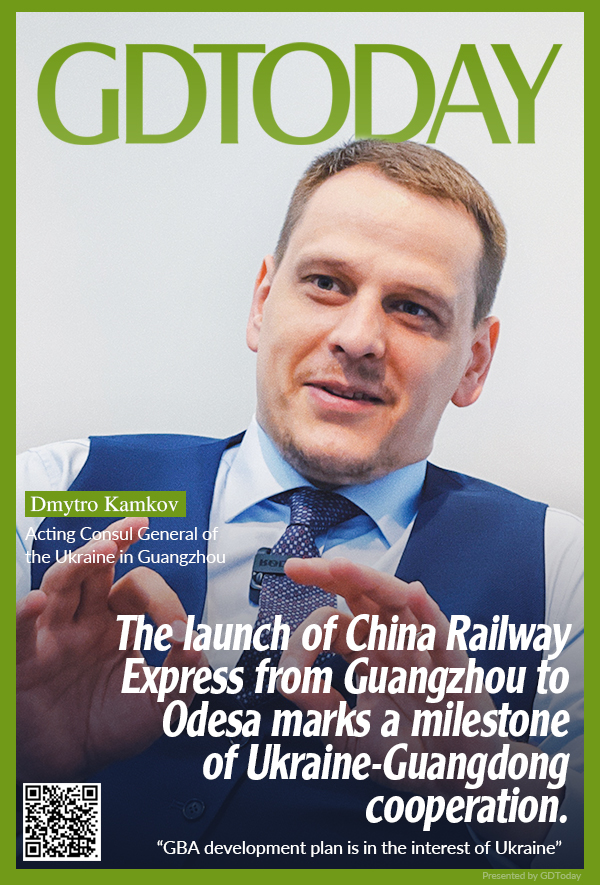