More cooperation with GBA in an all-round manner: CG of Republic of Korea in GZ

Hong Sung-wook, Consul General of the Republic of Korea?in Guangzhou, said he likes to have Cantonese dim sum sometimes during weekend like the local people. “Chicken feet is a popular cuisine in both
.

“I have been to 11 cities of Guangdong and many places in South China since I came to Guangzhou as the Consul General. The food in every city I visited tastes surprisingly good!” Hong Sung-wook, Consul General of the Republic of Korea in Guangzhou, said he likes to have Cantonese dim sum sometimes during weekend like the local people. “Chicken feet is a popular cuisine in both Guangdong and South Korea. But we make it much spicier.”

Hong Sung-wook has worked in Guangzhou for almost three years. He witnessed the establishment of the Guangdong-Hong Kong-Macao Greater Bay Area in 2019 and a wide range of cooperative projects between South Korea and the region since then. He believes there is huge potential of cooperations between the Greater Bay Area and South Korea as Guangdong is home to many companies thriving in the Fourth Industrial Revolution, such as Huawei, Tencent, BYD and DJI.

“The Korea-Guangdong Development Forum was held in Seoul in April, 2019. When Ma Xingrui, Governor of Guangdong, led a business delegation to Seoul, I was also there. At that time, Mr. Ma met with Mr. Chung Eui-sun who is now the chairman of Hyundai Motor Group, and got to know about the hydrogen fuel cell vehicle project. Since then, the two sides have been actively pushing the cooperation forward in this field. Earlier in January this year, Hyundai Motor successfully launched a hydrogen fuel cell system plant project in Huangpu, Guangzhou and will start mass production next year.” 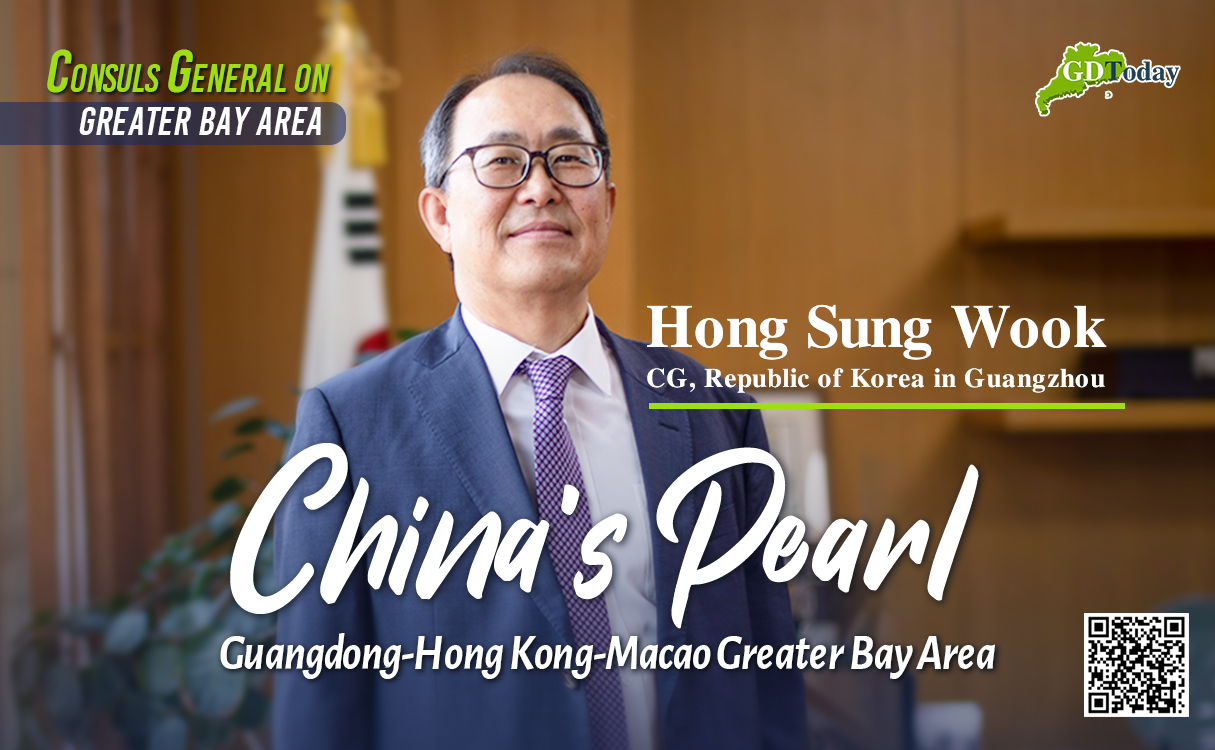 “iMakerbase, a Shenzhen-based start-up incubation, has cooperated with South Korean companies in various aspects. One of the three Sino-South Korea Industrial Parks is located in Huizhou. Our Consulate General will proactively boost the dynamic development of the Industrial Park,” said Hong Sung-wook, “I expect South Korea can boost cooperation with the Greater Bay Area in an all-round manner in future.”