After a 4-day trip that offered them a taste of country life in 5 cities in Guangdong, a total of 40 youngsters from 16 countries shared their views on “rural revitalization” in the city of Guangzhou on November 22.

“The success of poverty alleviation in China gives me a stronger belief in the future life”, Surovtseva Kseniia, a Russian student from Guangdong University of Foreign Studies, shared on her enriching experience after a trip to the countryside in Guangdong.

After a 4-day trip that offered them a taste of country life in 5 cities in Guangdong, a total of 40 youngsters from 16 countries shared their views on “rural revitalization” in the city of Guangzhou on November 22. 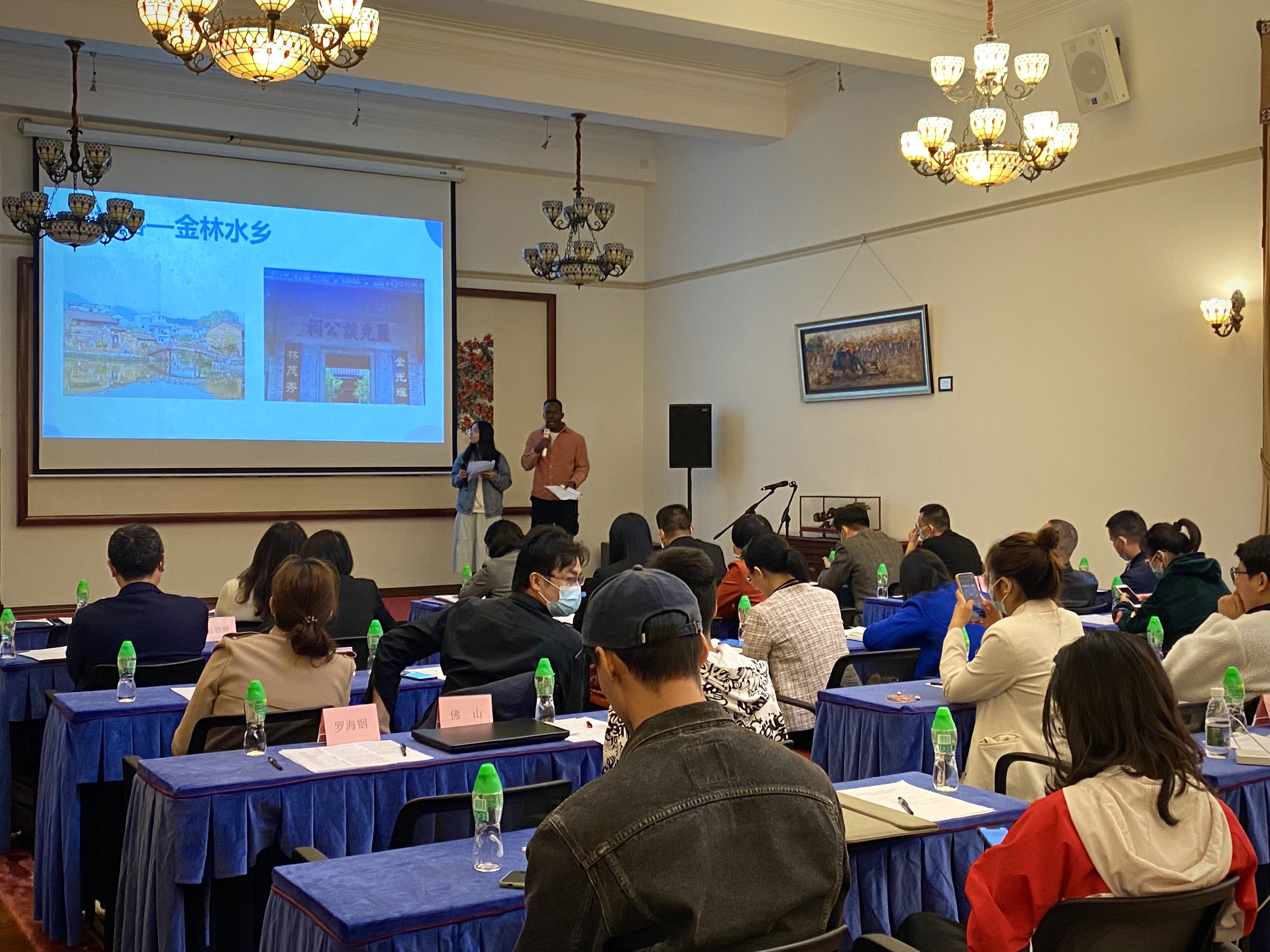 The sharing session was organized by Guangdong People's Association for Friendship with Foreign Countries (GPAFFC), which is the major part of "2021 GD & U Tour Together to the Beautiful Countryside". 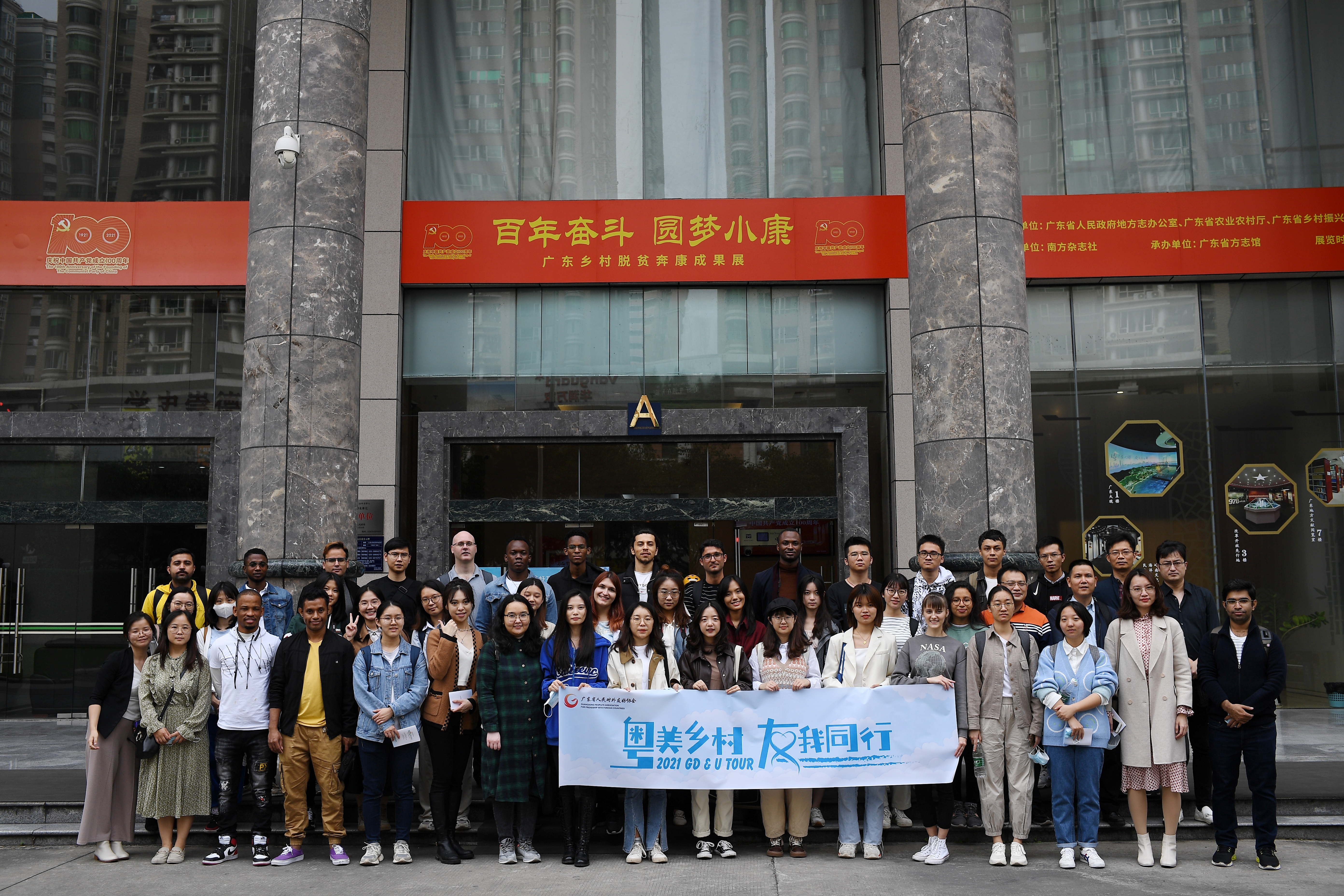 A total of 40 youths from 16 countries will visit rural areas in 5 cities in Guangdong from November 19 to November 22, including Foshan, Qingyuan, Shaoguan, Huizhou and Zhaoqing.

“The local government not only helps the residents to rebuild their house, but also sets up a distribution channel for farmers to sell agricultural products from countryside to cities,” said Ksenii. 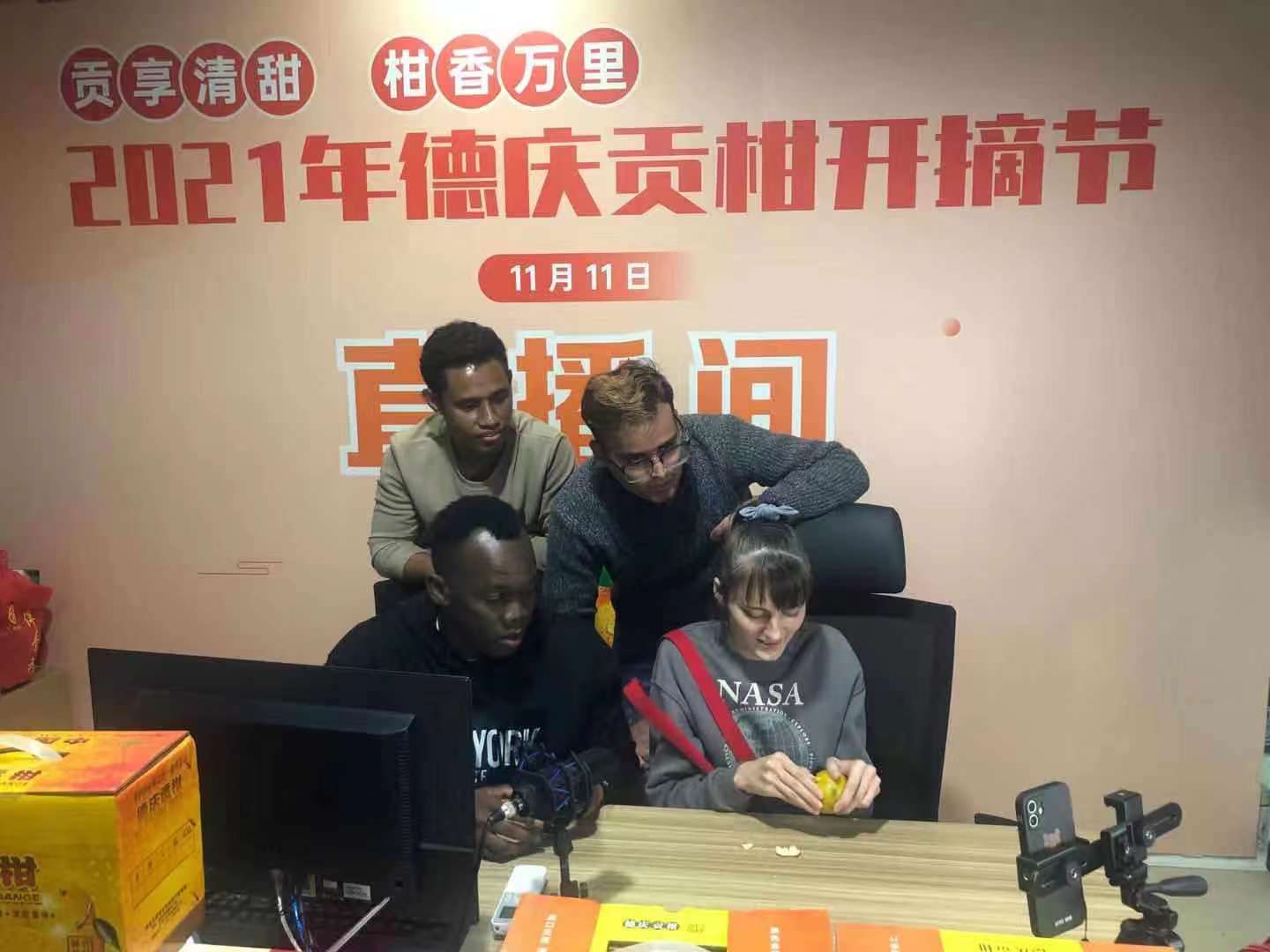 The youngsters try to sell agricultural products by live-streaming e-commerce.

Kseniia indicated that more and more people would like to stay in rural areas rather than seek a job in the cities, because they can discover opportunities in the village.

“I used to think that rural area is the place that people want to run away from,” said Kseniia.

In order to improve people's standard of living and build a moderately prosperous society, China has launched a large-scale poverty alleviation campaign starting in 2012. According to a white paper titled "Poverty Alleviation: China's Experience and Contribution", per capita disposable income of the rural poor increased from 6,079 RMB in 2013 to 12,588 RMB in 2020. As a result of the development, a total of 832 counties, 128,000 villages, and nearly 100 million people in China have shaken off poverty by the end of 2020.

In February this year, China unveiled its "No 1 central document" for 2021 on Feb 21, stressing the efforts to comprehensively push forward rural vitalization and accelerate the modernization of agriculture and rural areas.

As a youngster coming from Southern England, Jan said that there is still a gap between British countryside and the countryside in China, however, in his opinion, though a huge progress has been made, China has laid a good foundation for improving quality of life for the people living in rural areas through “rural revitalization”.

“The project is a very good first step into making this reality in China too.” he added.

In order to develop various industries to avoid the problem of returning to poverty, up to October this year, more than half a million members of Communist Party of China (CPC) were dispatched to rural areas.

Coulibaly Nathanael Melkisedek is a Burkina Faso's postgraduate student currently studying in South China University of Technology. He told Newsgd.com/GDToday that he has great admiration for the contribution that the Head of Deqing County has done for rural revitalization. 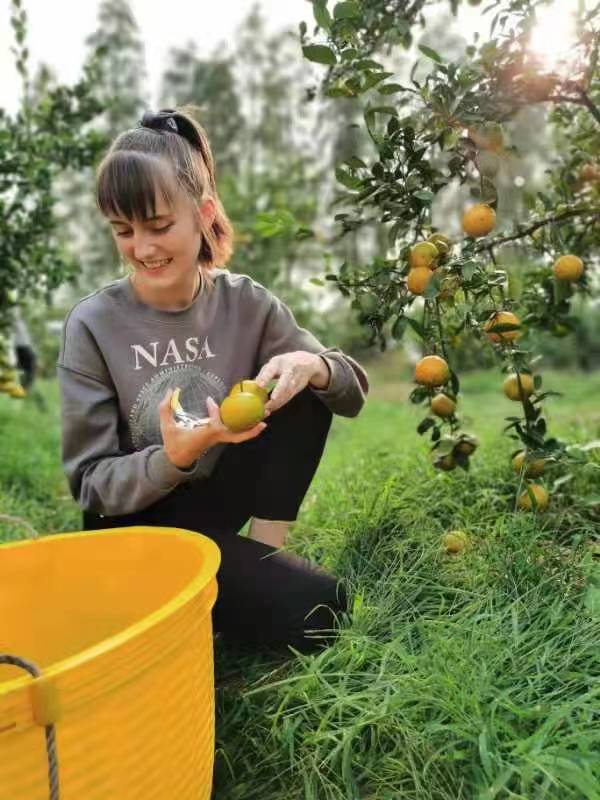 “I asked him (Head of Deqing County) why did you choose to stay in countryside rather than settle down in big city like Guangzhou or Beijing,” said Melkisedek. “He told me he loves the country and he wants to serve the people.”

“A great many of members of the CPC have this faith and this is the driving force of national development” he added.

“Young people are the future of the world, as well as the promoters and builders of peace and development,” said Qian Hongjie, Deputy Director-General of GPAFFC. “I hope that all the young friends from China and abroad here will take this activity as an opportunity to enhance mutual understanding and friendship.”