Michael Gunner, Chief Minister of Northern Territory (NT), led a large delegation of 110 representatives to both Guangzhou and Shenzhen, two of Guangdong’s major cities, on October 24th and 25th.

Michael Gunner, Chief Minister of Northern Territory (NT), led a large delegation of 110 representatives to both Guangzhou and Shenzhen, two of Guangdong’s major cities, on October 24th and 25th.

Michael Gunner said the delegation took a direct flight from Darwin, the capital city, to Shenzhen at night on 23rd. “It’s only a 5.5-hour flight, very quick and convenient.” This route was opened by Donghai Airlines in May 2018, and the NT delegation now visits Guangdong on an annual basis.

This year, the delegation has strengthened the relationship as Darwin and Guangzhou signed a MoU for cooperation while the Northern Territory Department of Education and Shenzhen Bureau of Education signed a cooperative framework to boost exchange.

Our relationship is both historical and modern: Michael Gunner 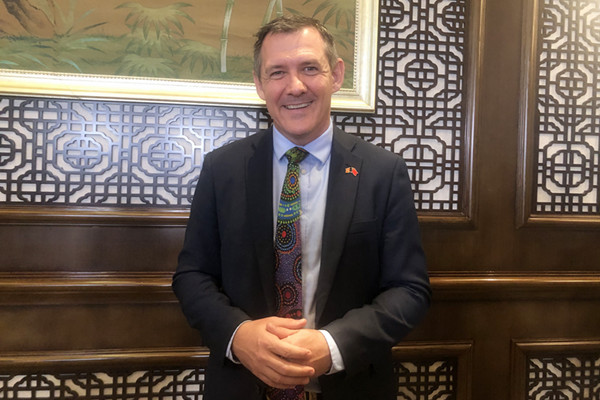 The Northern Territory has a long trading history with China which began when Chinese from Singapore and Guangdong province arrived in Darwin during the gold rush at Pine Creek in 1874.

Cooperation between China and NT has not only been maintained but has entered into a modern chapter. According to Michael Gunner, the Landbridge Group, a giant Chinese company, has a 99-year lease on the Darwin Port, the only deep water port in the north of Australia.

“The port is now part of China’s Belt and Road Initiative and part of the Australian government’s Develop the North agenda,” he said, “We have two economic policies but one goal in mind, that is, how do we improve the prosperity of both countries?”

The launch of the Shenzhen-Darwin direct flight means enormous opportunities as far as Gunner concerned. “Shenzhen’s market is smart and high-end. There's a lot happening here with smart tech or smart engineering. We have a lot of raw resources in NT, lithium, rare earths and vanadium,” he said, “so if you look at the electric vehicle battery market, I think there's a natural partnership between Shenzhen and Darwin. We can produce what Shenzhen needs to manufacture.”

In the future, Michael Gunner insists that convenient transportation continues to enable a wider range of exchange and cooperation, especially in terms of tourism and education.

“As part of the MoU, we will have teacher and student exchanges between Darwin and Shenzhen. And we're looking at some sister school arrangements,” said Gunner.

Darwin and Guangzhou have what each other wants: Kon Vatskalis 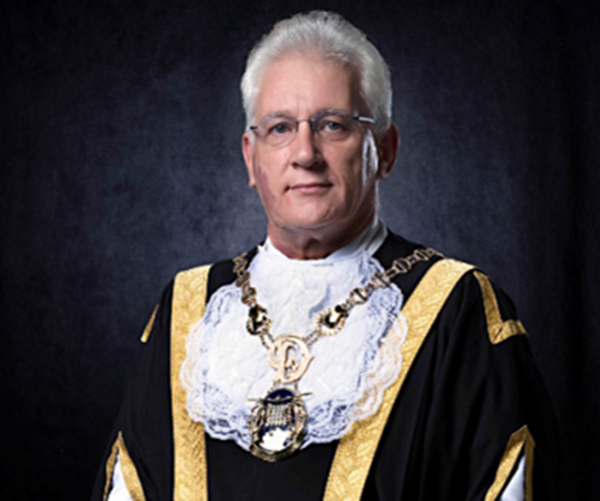 Kon Vatskalis has a deep connection with China. He once studied at the Anhui Normal University now supports education and activities in the Chinese community in Darwin. Furthermore, Darwin has started to celebrate Chinese National Day officially from this year (2019).

Kon Vatskalis said this was the fifth time that he had been to Guangzhou since 2006 and his second time here as the Mayor of Darwin. This time, he and Wen Guohui, the Mayor of Guangzhou, signed the MoU for cooperation between the two cities.

“If you look at the map, Guangzhou is exactly to the north of Darwin. The distance is very small and very quick: it’s only 11-day sailing from Guangzhou to Darwin Port,” he said, “we also share a common culture and tradition as the first batch of Chinese that came to Darwin were from Taishan (a town of Jiangmen, west Pearl River bank).”

Because of these common links, Vatskalis believes that through coming to Guangzhou and talking to the Mayor of Guangzhou, he can develop stronger partnership between the two cities in such fields as education, culture, trade and mineral resources.

“We've got what each other wants,” he said, “Guangzhou wants natural gas and seafood, and we have plenty of natural gas and seafood to export. We can provide Guangzhou students with the opportunity to study in Australia. And because we are so close, it makes it easier for the families to visit their children even for the weekend.”

“We just signed a memorandum of understanding to start working towards developing a relationship which probably will possibly later develop into a sister city partnership,” said Vatskalis, “Mayor Wen and I are both prepared to do our best to develop the first foundations for this future relationship.”