The European Chamber South China Chapter launched the Business Confidence Survey 2021 on September 3. The report details European companies’ outlook on the business environment over the next two years

The European Chamber South China Chapter launched the Business Confidence Survey 2021 on September 3. The report details European companies’ outlook on the business environment over the next two years and highlights the key challenges they face.

According to the report, European companies are more committed than ever to South China as an investment destination. 90 percent of the respondents say they have no plans to relocate their business outside of the region while 74 percent of the companies have a very optimistic view on the growth of the next 2 years. ANDRITZ, a multinational corporation headquartered in Austria, won EUCham’s Top Performers in China Award this year. Thomas Schmitz, President of ANDRITZ (China), said they are mainly producing for the Chinese market and their markets of paper, hydro, metal and separation were all booming in China last year. They also expanded and had a groundbreaking ceremony for its 5th factory in Foshan just one month ago.

“We actually had very positive business background in China during the pandemic. Some of the markets were booming because the government gave some stimulus in the industry or there were more permits granted,” said Thomas Schmitz, “the pulp and paper sector also saw rapid growth last year as people consume more packaging paper, tissue paper and masks because of the Covid-19.”

Despite this increased commitment, the report shows many challenges remain. 61 percent of the respondents face major challenges in terms of labor costs, which could slow down growth. Klaus Zenkel, Chair at European Chamber South China Chapter, said foreign companies still face difficulties bringing back employees outside China and organizing short-term projects that involve skilled professionals overseas due to the recent travel restriction and quarantine policies worldwide. 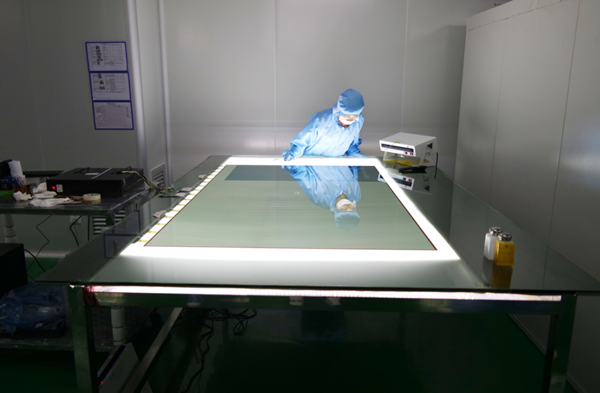 Faytech AG, a touch device supplier, is the SME that won this year’s Top Performers in China Award with an average growth rate of 35 percent per year. Arne Weber, the founding manager of faytech, said “as a company which relies on electronics and technology, the Guangdong-Hong Kong-Macao Greater Bay Area is a place to be because it has a strong supplier-network. However, the high costs of rent, land and the lack of talent give us headaches.”

“We are looking to increase our production size here in Shenzhen but the lack of talents slowed us down. We have been searching for engineers for more than a year but the competition for talented people is intensive in Shenzhen and young people prefer working in technological giants like Tencent than a SME,” said Arne Weber.

Fabian Blake, Vice Chair of European Chamber South China Chapter, added European companies are looking forward to more GBA-related information in English especially in terms of subsidies and tax preferential policies that are targeted foreign-funded companies and foreign professionals. “It's very important for the local governments to showcase what foreign companies and foreign direct investment could benefit from the GBA development. We expect more incentives and innovative policies in such fields as the green cards in the future.”