On April 2nd, 2019, the Nansha Bridge, formerly known as the Humen Second Bridge, was officially opened. The Bridge is located on the Shiziyang of the Pearl River in Guangdong Province. 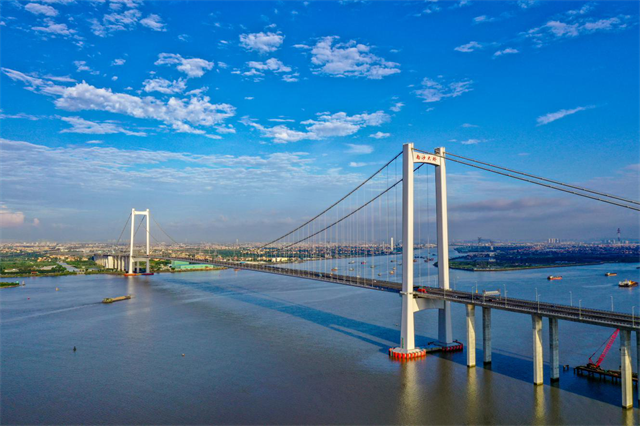 On April 2nd, 2019, the Nansha Bridge, formerly known as the Humen Second Bridge, was officially opened. The Bridge is located on the Shiziyang of the Pearl River in Guangdong Province. It links the east and west sides of the river and connects Guangzhou and Dongguan. The Bridge's opening makes it more convenient to travel to and fro between Shunde, Panyu, Nansha and other areas on the west bank of the Pearl River Delta as well as cities on the east bank. The Bridge can effectively relieve the pressure from short tunnels crossing the Pearl River's estuary and boost connectivity in the Greater Bay Area.

The 13-kilometer Bridge starts from the Nansha District of Guangzhou, crosses the Hai'ou Island, and ends at the Shatian town of Dongguan. The whole cross-river solution adopts the bridge design. With a two-way eight-lane design, the Bridge has a design speed of 100 kilometers per hour and a designed service life of 100 years. The above is a panoramic rendering of the Nansha Bridge. 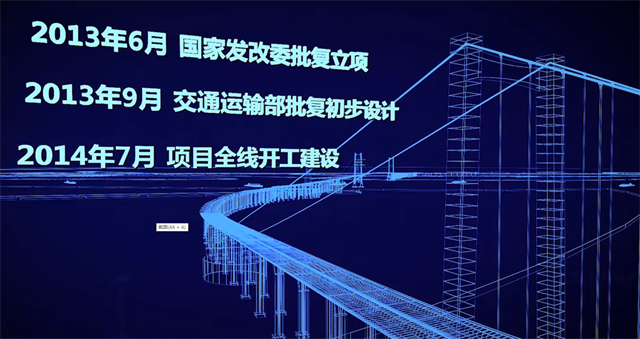 The project started overall construction in July 2014. While it was under construction, it was named the Second Humen Bridge and finally renamed the Nansha Bridge. The Bridge has set many world records. For example, steel wires with a tensile strength of 1960 MPa were developed and applied in this project, which added China's intelligent manufacturing to the construction of this Bridge. 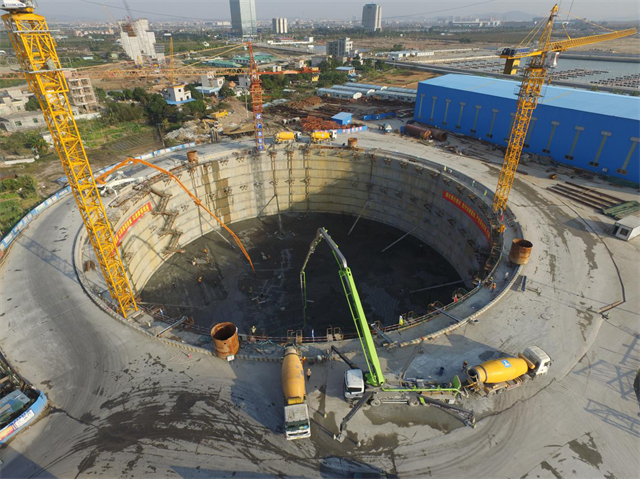 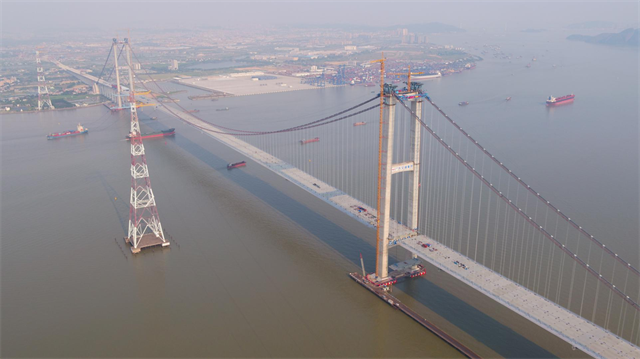 On May 25th, 2018, the Nizhou Waterway Bridge with a main span of 1,688 meters, known as the ‘world’s largest steel box girder suspension bridge,' saw a closure, which means the main construction of these two bridges was completed.

On March 12th, 2019, the load test for the Nizhou Waterway Bridge was finished. On March 14th, both dynamic and static load tests for the Dasha Waterway Bridge were completed. These two bridges passed their 'examination,' which means the Nansha bridge has met design requirements and applicable standards. 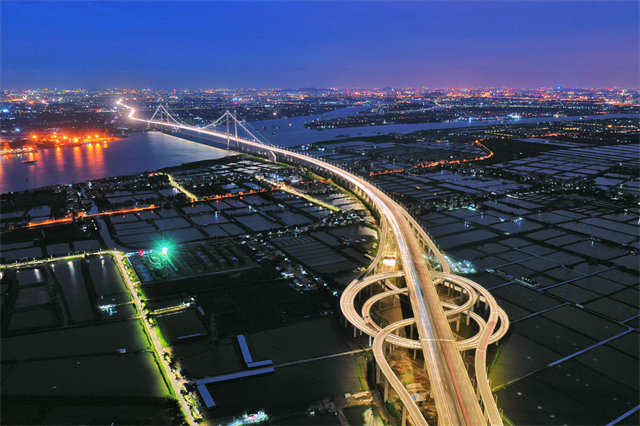 The project tested out all its 3,837 lights on March 21st, 2019. A magnificent view of colorful lights is seen in the sky, and the Bridge looks like a dragon. On March 29th, 2019, the project was officially delivered and accepted. 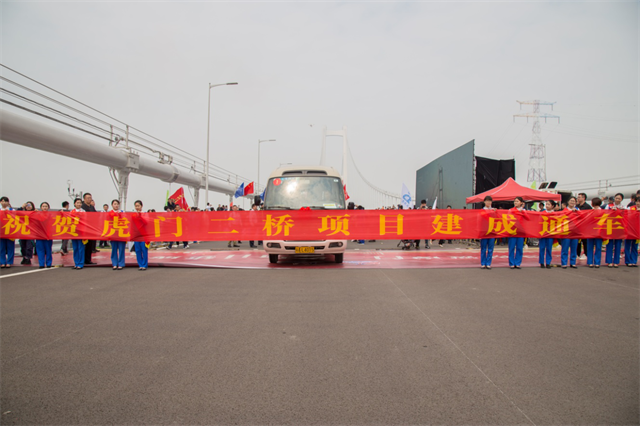 On April 2nd, 2019, the Nansha Bridge marked the first super project to be opened for use after the release of the Guangdong-Hong Kong-Macao Greater Bay Area Development Plan. About 50,000 vehicles passed over the Nansha Bridge on the first day of its opening, accounting for 18% of the total daily traffic volume through the Pearl River’s estuary.