Accroding to the Guangdong Provincial Development and Reform Commission, the province plans to set up 1230 key projects with a total investment of 5.9 trillion RMB, highlighting a new round of investm

Accroding to the Guangdong Provincial Development and Reform Commission, the province plans to set up 1230 key projects with a total investment of 5.9 trillion RMB, highlighting a new round of investment stemming from the construction of new infrastructure.

The projects focus on digital information infrastructure such as intercity channels and 5G technology. Since Guangdong returned to work on February 10th, progress on key projects has been accelerating.

In western Guangdong, Baogang Zhanjiang a steelworks project with a total investment of 18.9 billion RMB, has entered the full construction period, and will produce more than 10 million tons of steel upon its completion. In eastern Guangdong, the intelligent offshore wind-power industrial park, constructed by Mingyang Intelligence, will be completed this year. 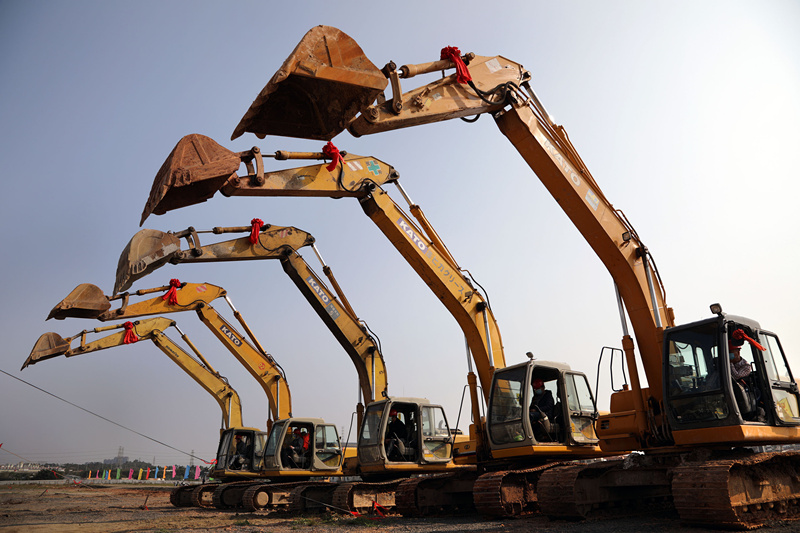 A large number of major innovation platforms with a total investment of more than 10 billion RMB will start construction this year, such as the Hong Kong-Zhuhai-Macao cooperative innovation base (Zhuhai), Gree Electric's high-end intelligent manufacturing industrial park in Zhuhai, and Han's Technology R & D manufacturing project in Dongguan.

High speed and intercity railways and other transport infrastructure further promote connectivity both within Guangdong and with other provinces. For example, Guangdong will push the construction of 11 intercity railway projects, including Foshan-Dongguan Railway and Guangzhou-Foshan Loop, with four of the eleven projects newly started this year.

As of March 8th, construction work has been resumed on 927 provincial key projects, including 4 airports, 16 railways and 46 expressways, as well as all major ongoing transportation infrastructure projects.

Guangdong will incorporate a number of new public service programs into key projects, with an investment of no less than 50 billion RMB within the year, the Provincial Development and Reform Commission has stated.

Foreign-funded firms in Guangdong are confident in China's market

Fortune 500 enterprises in Guangdong have also got back to work, demonstrating their confidence in China and Guangdong's development. "The government has taken effective measures to control the spread of the epidemic, and we fully support it," Stephan Kothrade, president and chairman of BASF greater China region said.

Work at the Jieyang offshore wind-power industrial base built by General Electric Company (GE) has resumed. GE international business president and CEO Duan Xiaoying said that GE is looking forward to deepening cooperation with Guangdong in terms of clean energy, manufacturing transformation and upgrade, the Belt and Road Initiative and digitalization.

Stable investment will bring more confidence, explained Joerg Wuttke, president of the European Chamber of Commerce in China, "We believe that Guangdong can harness opportunities present in the current situation and attract more foreign investment and companions, putting the economy back on track."

"The steady progress of Guangdong's major foreign investment projects is not only related to the normal and effective operation of the global production, supply and service chains, but also to (wider) global economic recovery," said Wei Jianguo, former Vice Minister of the Ministry of Commerce and Vice President of the China and International Economic Exchange Center.