How we help each other is amazing: Acting Ukrainian CG in GZ

A Ukrainian military aircraft landed at Guangzhou Baiyun International Airport on March 22nd to pick up more than 20-tons of virus test kits, ventilators and medical masks and gowns, which are all exp

A Ukrainian military aircraft landed at Guangzhou Baiyun International Airport on March 22nd to pick up more than 20-tons of virus test kits, ventilators and medical masks and gowns, which are all expected to aid in the battle against COVID-19 in the Ukraine.

Dmytro Kamkov, Acting Consul General of the Ukraine in Guangzhou, said they have spent more than 20 hours on this project, and he expressed his gratitude to the Embassy of Ukraine in Beijing, Guangdong and Guangzhou Government Officials, airport staff and people who have provided their utmost assistance during his interview with Newsgd.com. 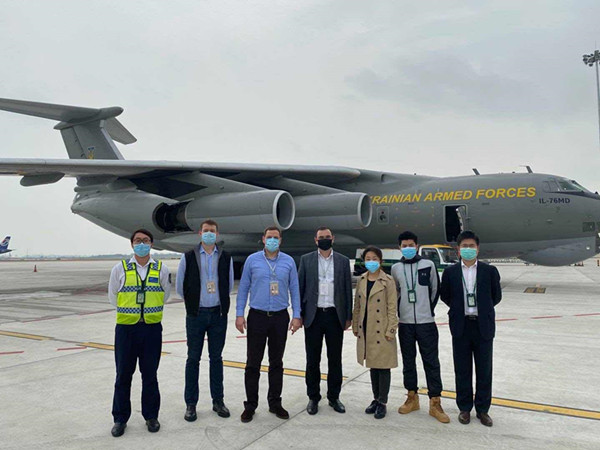 A Ukrainian military aircraft landed at Guangzhou Baiyun International Airport on March 22nd to pick up to pick up medical supplies. [Photo provided to Newsgd.com]

The Acting Consul General said he has been working non-stop in Guangzhou since the outbreak started. “We have been keeping our country and the Ukrainian people in South China informed about the situation here since the very beginning,” he said.

“Calm down and be patient” is the line he frequently used when addressing concerns from the local Ukrainian community. “I can see the results of the measures taken in China not only from their reports but also in the community I’m living in, the streets and everywhere in the city.”

The way Ukraine and China help each other is amazing

“We were officially informed about COVID-19 in China by Guangdong Foreign Affairs Office (GDFAO) on January 21st,” said Dmytro Kamkov, “and a couple of weeks later we received so many phone calls raising a series of inquiries about the situation and how to buy masks here.”

According to Kamkov, there are about 500 Ukrainians registered in Guangdong with permanent residency or long-term visas, and about 5000 the visitors and businessmen holding short-term visas are taken into account.

“It was a time when it was difficult to buy a mask, not only for foreigners but also Chinese people,” said the Acting Consul General, “GDFAO started sending us masks from January 30th. We left around 20 for ourselves every time and sent the remaining masks to people in need.”

Kamkov added that the China Council for the Promotion of International Trade (CCPIT) also helped source masks in the Ukraine itself and sent them to the Ukrainian community in China. The Consulate General in Guangzhou sent more than 1500 masks to around 80 Ukrainian families during the most difficult period of the outbreak. 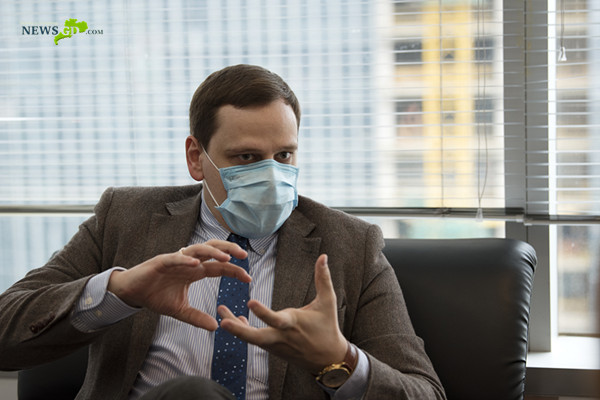 Although the situation has become increasingly stable in China, Dmytro Kamkov’s phone never stops ringing and beeping. He and other Ukrainian diplomats, accredited in China is now helping the Ukraine to source medical supplies and ventilators in South China as the number of cases increases in his owncountry.

“My job has totally changed in just three or four weeks,” he said, “this is something amazing to me as people sent medical supplies to China from around the world earlier and now China is sending things in return to all these countries.”

Kamkov added that he found China to have taken strict measures to control the quality of medical supplies as the list of his suppliers has been cut from more than ten thousands companies to about seven or eight hundred.

“First, these companies must hold all the relevant licenses and certificates, only then can they export. We face quality problems not only in China, but I think the Chinese government has made the right decision to control it,” he said.

We could cooperate more in medical matters

Dmytro Kamkov considered China and Ukraine could cooperate further, because China faced this problem first and has seen results after having made a huge effort.

“The way of regular life has changed in China. Now we have these social distancing and disinfection measures. I cannot imagine entering any stores or public places without first showing my hand for the temperature check.”

The Acting Consul General said he saw that some of the measures taken in China before are now being taken in the Ukraine as well. “The Ukraine has excellent specialists in the medical field. We can join hands to combat this virus through sharing data and having more video conferences.” 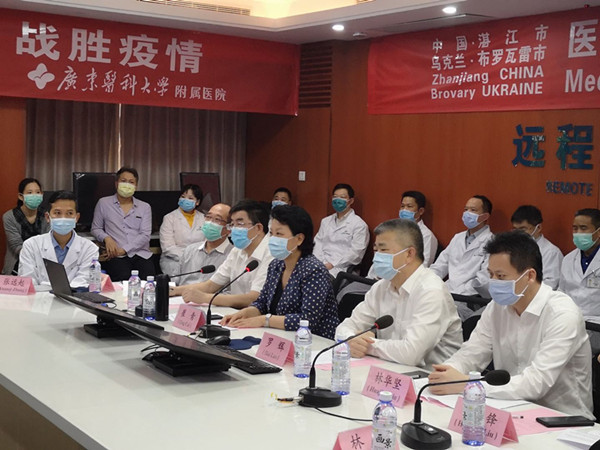 The video conference between Brovary and Zhanjiang [Photo provided to Newsgd.com]

The first video-bridge, between Brovary (the city near the Capital of Ukraine) and Zhanjiang city, Ukraine’s sister city in Guangdong) has been held recently. During this 3-hour conference, medical professionals of two places shared relevant information on the COVID-19 outbreak. “We now seek for more possibilities of such bridges with other cities”, he added.

Dmytro Kamkov also stressed technology will be one of the major spheres for cooperation between the Ukraine and China in the future. “We worked with Huawei in October last year, when we were looking through the 5G networks. I personally think the ‘Suikang’ program is also a tremendous thing as both Chinese people and foreigners can use it easily.”