On February 18th, 56 reporters from various Chinese and foreign media outlets visited two Foshan-based manufacturers to see how these enterprises have gotten back to work during the COVID-19 epidemic.

On February 18th, 56 reporters from various Chinese and foreign media outlets visited two Foshan-based manufacturers to see how these enterprises have gotten back to work during the COVID-19 epidemic. 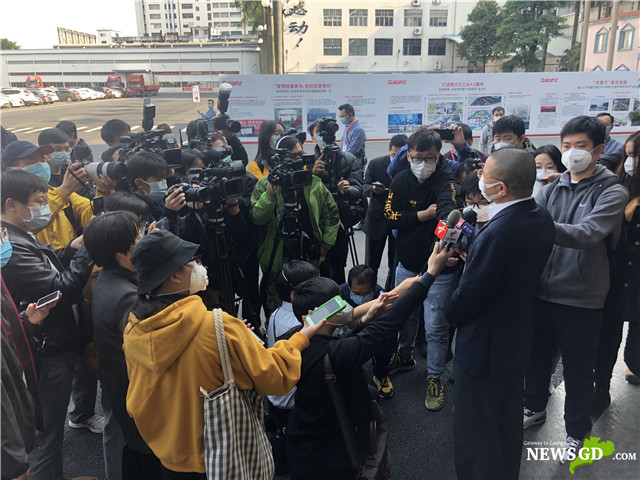 The press corps included the International Daily News from Indonesia, NHK from Japan, Lianhe Zaobao from Singapore and European Pressphoto Agency. Foreign media were concerned as to the effect of the epidemic on production, and how the companies are dealing with it. 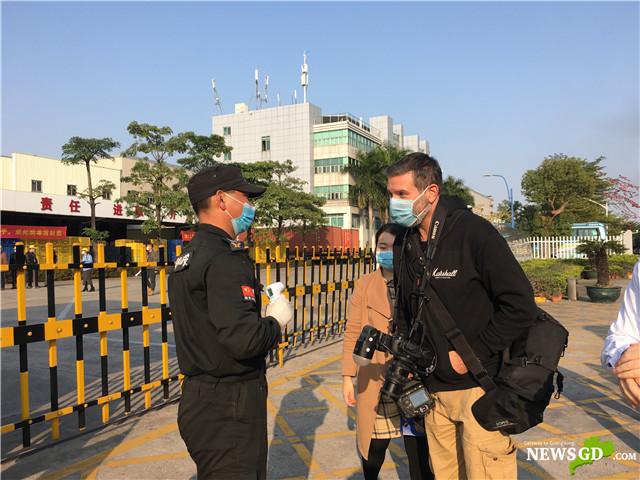 European Journalist ready to receive a temperature check at the gate of Sunwill.(Photo: Hannah Zhou)

There is a large demand for disinfection equipment on the front line of the epidemic fight. “We are proud of playing a role in the fight against the COVID-19,” said Leung Chiu Yin, Chairman of the Galanz Group. Soon after the outbreak, the manufacturer of home appliances, donated the first batch microwaves and sterilizers to Wuhan Union Hospital on January 23rd, and later donated a further 100,000 microwaves.

To ensure supply, Galanz prepared essential protective materials for workers returning from their homes. “We have 550 workers in the factory and at present, over 80% of the employees have returned to their positions,” said Huang Zhaohua, Director of Electrical Accessories Manufacturing Department. 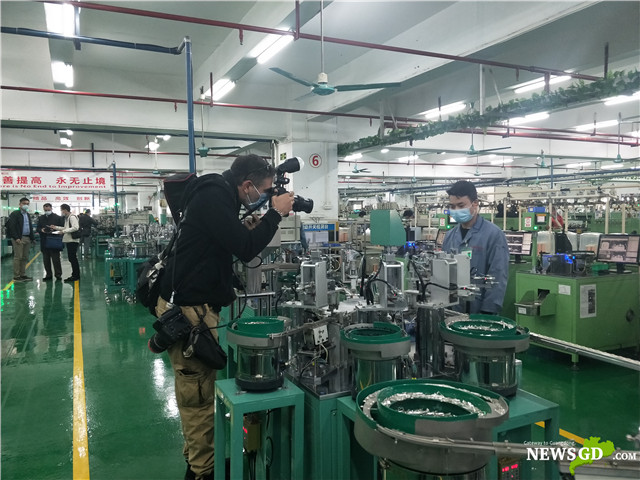 Precising Plastic manufacturer Sunwill provided air conditioner fan blades for the ventilation system of Leishenshan and Huoshenshan Hospital. Since the company resumed production on February 4th, over 700 of the total 1,300 employees in its Shunde headquarter have gone back to work.

Ensuring staff safety is the key to resuming production. Sunwill purchased enough masks and disinfectant to equip staff for three months. It is estimated that the company will return to regular production by the end of February. 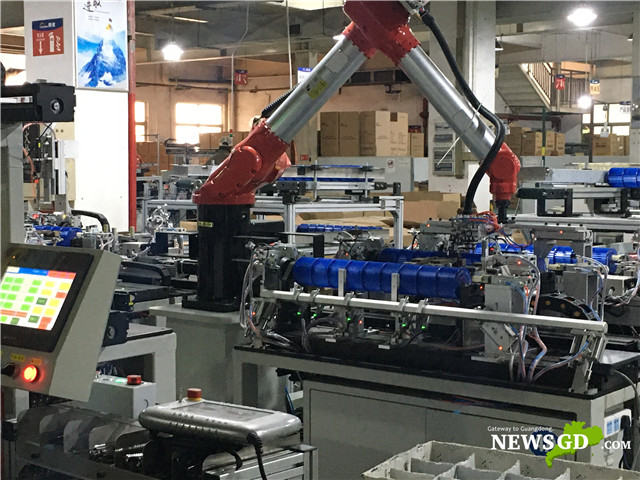 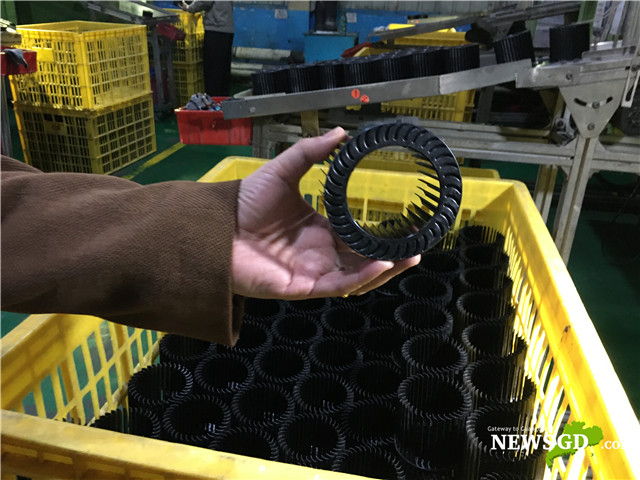 While summer is always the peak season for air conditioner producer, it’s a common practice for Sunwill to stockpile materials and goods before Spring Festival. Its factory in Thailand did not need to suspend production, which means their overseas business will remain stable.

Furthermore, the application of automated manufacturing devices has helped the two companies resume operation smoothly with only a skeleton staff.

Chen Haoguang, a journalist from the International Daily News of Indonesia, said “Based on what I observed in the enterprises here, I'm confident in Guangdong's manufacturing industry,” before adding “China has a plan and is doing a good job to curb the epidemic, like sending medical staff and supplies to Wuhan and helping enterprises resume production”. 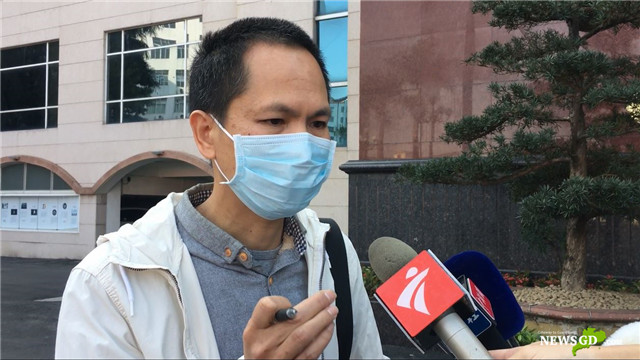 Chen Haoguang, a journalist from the International Daily News of Indonesia.(Photo: Hannah Zhou)

As of February 17th, over 5,100 companies above a certain size in Foshan have resumed production, accounting for 64.6% of the total. It has thus far produced 4 batches of medical supplies for the frontline, including 3.352 million masks and 27,000 sets of protective clothing.