I am very lucky to be a part of Guangdong’s development: Harley Seyedin

“Today Guangdong is a different world than when I first time came here. I've been very lucky to witness all of the development and to be a part of it,” said Dr. Harley Seyedin, president of AmCham Sou 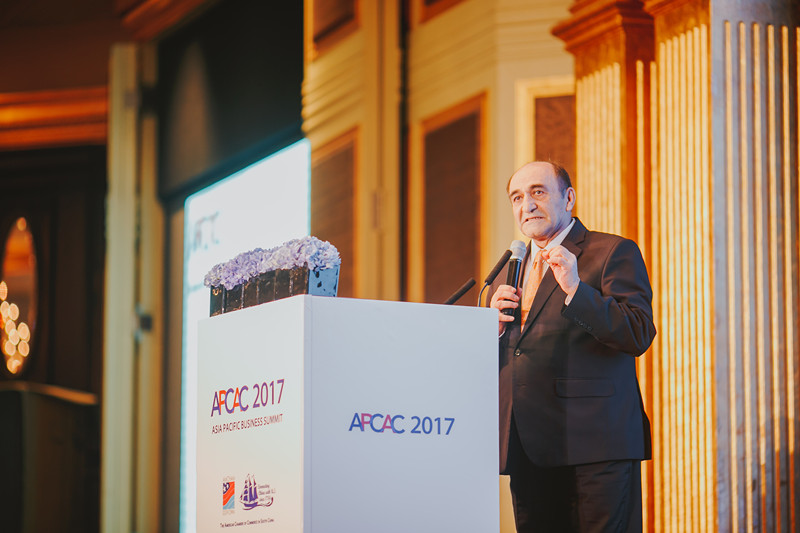 “Today Guangdong is a different world than when I first time came here. I've been very lucky to witness all of the development and to be a part of it,” said Dr. Harley Seyedin, president of AmCham South China.

When Seyedin became president, AmCham South China had just 211 members, while as of today, the number stands at more than 3,000 members.

Since 1991, Dr. Seyedin and AmCham South China have seen Guangdong’s change and its capacity to be a major player in development projects and global economy grow.

Guangzhou and Shenzhen ranked as the two most popular destinations for investment from a list of 44 cities in China, according to Special Report on the State of Business in South China released by AmCham South China in March this year.

Everything in Guangdong has changed

When Seyedin came to Guangzhou in 1991, the city looked quite small and many parts of today’s city did not yet exist. There was no Zhujiang New Town, just a few sports facilities in Tianhe District.

In the old Baiyun Airport, there were no signs that could tell you whether a flight was coming or leaving.

But people were still very happy and friendly. They were anticipating the explosive development to follow: “I could see people who were very excited about what we could do together,” said Seyedin.

At present, there are thousands of kilometers of super highways connecting cities and towns. The high speed railway now links Guangzhou to Hong Kong.

With the launch of Baiyun Airport’s T2, the city will handle a hundred million passengers a year, not to mention the airport in Shenzhen, which is an international airport of the highest quality. In regards to business, Guangdong is now the thirteen largest economy in the world. It has surprised many countries with a large GDP volume.

Also, people’s quality of life is steadily improving. A number of museums, opera houses, theaters and river walks are common now in every city across Guangdong.

The province is on its way up.

Guangdong was the first place to open to the outside world. With the development of Shenzhen, it provided the opportunity for China to experiment with opening up, to see how foreign investment could help develop the economy of China.

The province has always been at the forefront of transparency with an open government, inviting foreign investment in almost every area. It has also been very protective and supportive of new technology being introduced to Guangdong by foreign companies.

According to Seyedin, Guangdong offers advantages that some other places can not. One of them is being very closely located to Asia-Pacific region, for example, from Guangzhou or Shenzhen, in just two or three hours you can be in the capital of one of the surrounding countries like Singapore, Malaysia, Indonesia, Cambodia, Laos. This unique location has made it the regional headquarters of many foreign companies.

Furthermore, way Seyedin sees it, Guangdong has done a great job to provide the brain power for development of foreign companies, for example, following the establishment of the Guangzhou Higher Education Mega Center, there are now more than one hundred thousand students in higher education.

Today, nearly every university graduate speaks a reasonable standard of English and are well educated. That has enabled foreign companies to grow in Guangdong, and as regards the Guangdong-Hong Kong-Macao Greater Bay Area, it gives Guangdong the talent pool that many innovators around the world will need.

The province now boasts many new types of technological development centers in Guangzhou, Shenzhen among other areas. When taken together, they provide a capability that doesn't exist anywhere else in the world.

Finally, for foreign companies, Guangdong is offering the best in telecommunication, transportation, cargo handling, and supply chain facilities in China.

Learning is the best way to go

Seyedin also offered advice as to how Guangdong can develop better and bring in more foreign talent.

Guangdong has been learning from its experience collaborating with companies and organizations that are based in other countries. For instance, under the Guangzhou Award for Urban Development, it will bring together hundreds of urban planners, urban developers and architects from all around the world. They will give their opinions as to how better plan out Guangzhou’s development over the next twenty years.

In January 2018, Guangdong put a new visa policy in place with an expected benefit to over 5000 individuals already working in the province and which should help attract scientists, entrepreneurs and talented individuals. According to the policy, those eligible can apply for confirmation letters from the Human Resources and Social Security Department of Guangdong Province. And with these letters, they can then apply for the R Visa via their respective country’s consulate in China.

To attract more foreign talent, it needs to have funding and to make sure that the foreigners have the basic necessities (to settle down), said Seyedin. Many people will come if they feel the doors are open. There has to be an established, determined plan, an organized recruitment process. 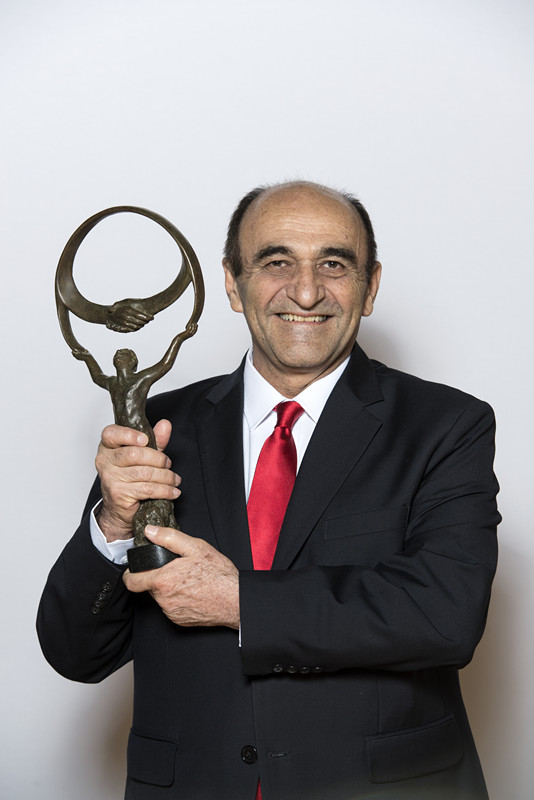