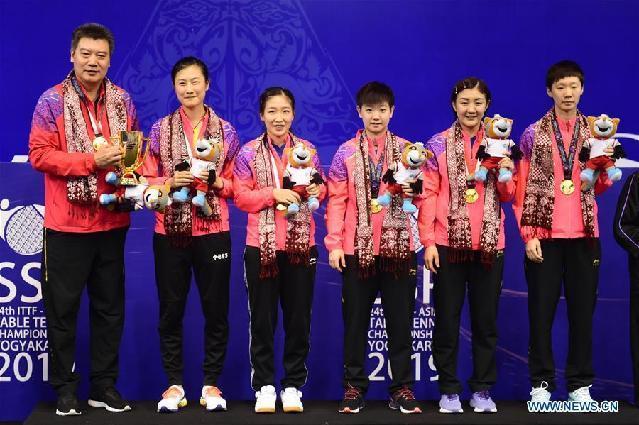 Team China poses for photo during the awarding ceremony after the women's teams final match between China and Japan at the 2019 Asian Table Tennis Championship in Yogyakarta, Indonesia, Sept. 17, 2019. (Xinhua/Du Yu)

Liu Shiwen and Chen Meng dominated over their Japanese rivals with identical score 3-0 while Sun Yingsha outclassed her opponent 3-1 to seal the victory for China.

In the opening match, Liu scored 13-11, 11-4 and 11-3 over Miu Hirano who only managed a tough resistance in the first game that lasted for 17 minutes.

"We must do our best to keep our glory since our opponents in Asia are getting stronger, and they push us to be stronger," Cheng said.