President Xi Jinping announced the start of the basketball tournament Friday night at the opening ceremony, where his Philippine counterpart, Rodrigo Duterte, also appeared. Basketball has provided a common language that brought the two leaders closer together.

As an enthusiastic sports fan, Xi has promoted friendship and cooperation with other countries and international organizations through sports. Here are some of the best moments in Xi's sports diplomacy. 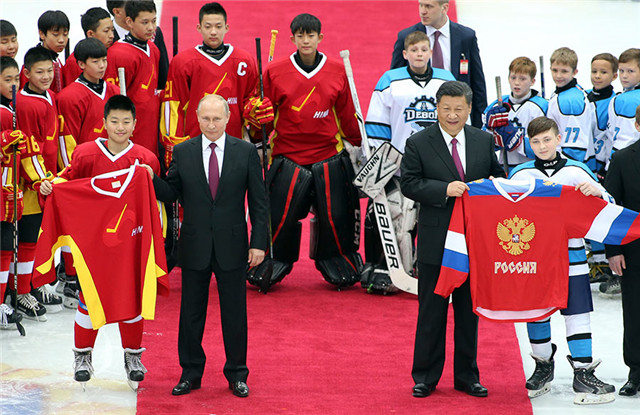 China will continue to expand sports exchanges with Russia, especially in ice hockey, to strengthen bilateral ties, Xi said, adding that the friendships between youths of the two countries were inspiring. 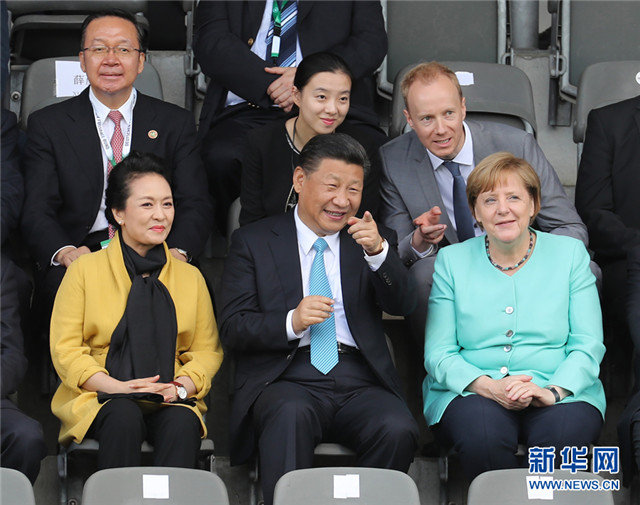 China wants to enhance soccer exchanges and cooperation with Germany in order to raise its game on the world stage, Xi said. Xi noted that sports exchanges are an important bridge in promoting the China-Finland friendship, saying that China has a lot to learn from Finland as the Nordic country excels in winter sports. 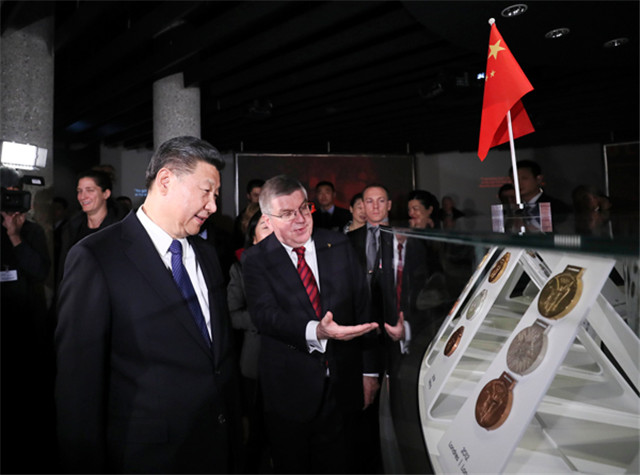 President Xi Jinping and the International Olympic Committee President Thomas Bach look at the Olympic medals during a visit to the Olympic Museum in Lausanne, Switzerland, Jan 18, 2017. [Photo/Xinhua]

China will seize the opportunity of the Winter Olympics to promote sports and improve health among the general public, Xi said, adding that hosting such an event will also push forward the Belt and Road Initiative, which he proposed in 2013. 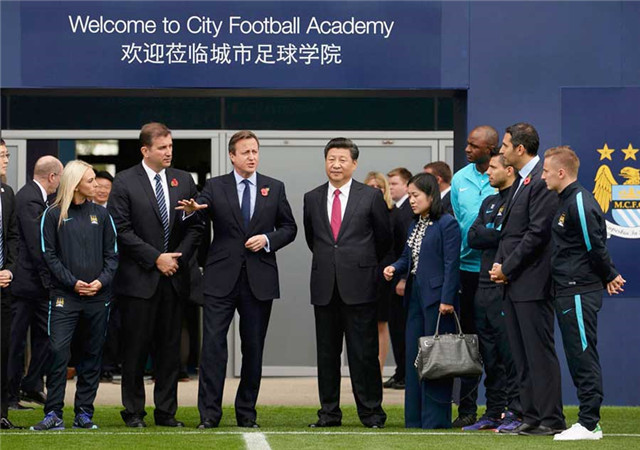 Xi, a well-known football fan, called for more exchanges and cooperation between China and Britain on football as well as other sports. Compared with other sporting activities, football has spread across a wider range. Garnering the largest number of fans, football has broad influence and is deeply loved by people all over the world, said Xi. 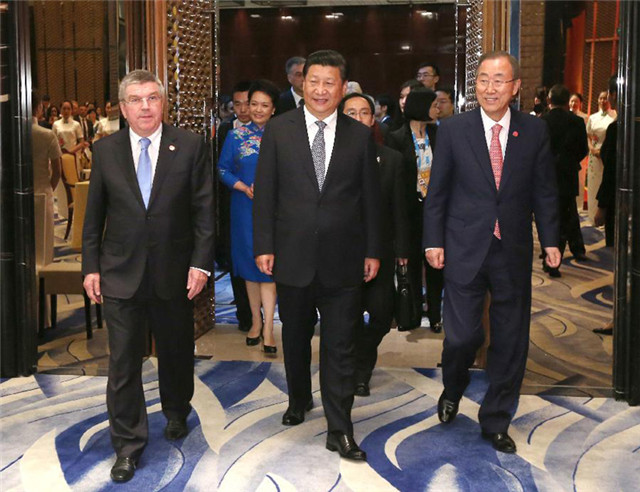 The youth Olympics are not only games where young people can show their skills in sports, but also a platform for cultural exchanges that belongs to all the young people in the world, said Xi.

Xi said every youngster that participates in the games can be a "goodwill ambassador" who promotes understanding, friendship and cooperation between different nations, which will help to lay a solid social foundation for friendly interactions among countries and build a harmonious world featuring permanent peace and common prosperity.