The 7th Franco-Chinese Month of the Environment is already underway in Guangzhou and Shenzhen starting on October 17th and finalizing on November 15th, featuring dozens of cultural activities includin

The 7th Franco-Chinese Month of the Environment is already underway in Guangzhou and Shenzhen starting on October 17th and finalizing on November 15th, featuring dozens of cultural activities including online conferences, exhibitions, screenings and seminars.

Due to the COVID-19 pandemic, parts of the event will take place online, with documentaries, webinars and lectures exploring topics such as the impact of COVID-19 on tourism, ecological protection and light pollution.

In a few months time, the World Conference on Conservation of Nature will be held in Marseille, France. And COP15, the 15th Conference of the Parties to the Convention on Biological Diversity, will be held in Kunming, Southwest China's Yunnan province.

The poster of the 7th Franco-Chinese Month of the Environment. (Photo provided to Newsgd.com)

Accordingly, the Franco-Chinese Month of the Environment 2020 centers on biodiversity conservation. Architects, researchers, writers, filmmakers and others will be encouraging people to adopt sustainable ways of protecting biodiversity and natural resources.

On the morning of October 17th, the opening ceremony of the 7th Franco-Chinese Month of the Environment in South China was held at the Guangdong Science Center in Guangzhou. 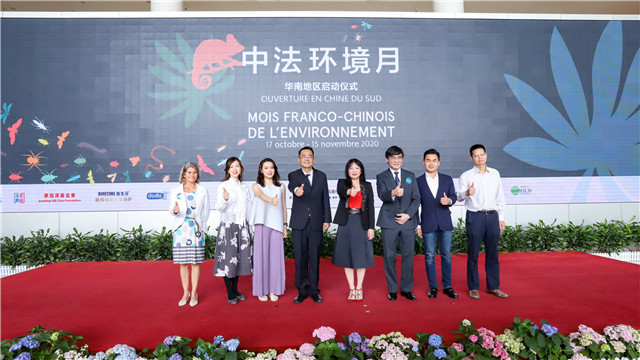 Guests pose for a group photo at the opening ceremony. (Photo provided to Newsgd.com)

At the opening ceremony, Siv Leng Chhuor, Consul General of France in Guangzhou, pointed out that China and France work closely in biodiversity conservation and combating climate change, and both will continue to take joint actions in these two fields.

In addition, local people learnt more about biodiversity and environmental protection by visiting an exhibition called "Ocean, a fantastic exploration" or attending the lecture "The strategic significance of ocean health and its global actions" presented by Dai Minhan, an academic from the Chinese Academy of Sciences, and watching the movie "Spread Your Wings" directed by Nicolas Vanier at the science center. 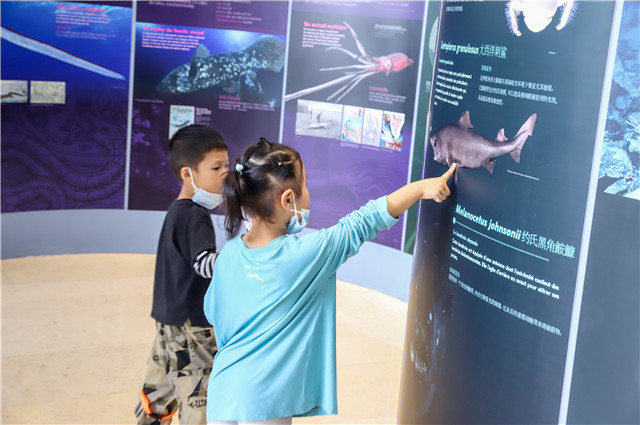 Over the following days, more activities will be held in the city, including a lecture about mosquitoes, the carriers of disease, a photo exhibition "When we left, _______ Naturalia: Chronicle of Contemporary Ruins" by French photographer Jonk, as well as several documentaries about biodiversity. 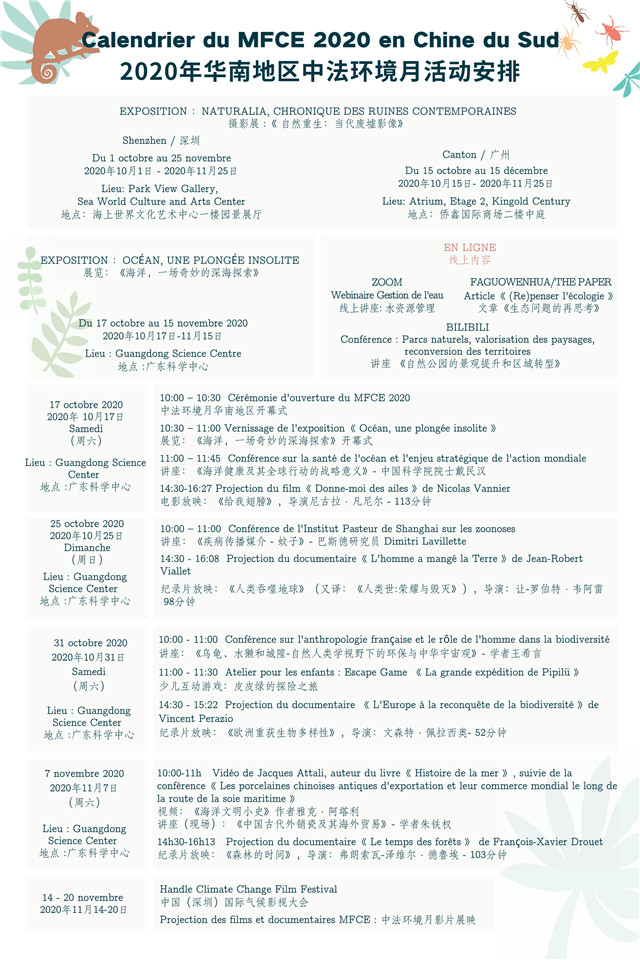