"An Ecuadorian Experience to Honor Women on Board"

In order to pay tribute to the majority of Chinese women, on the day of International Women's Day 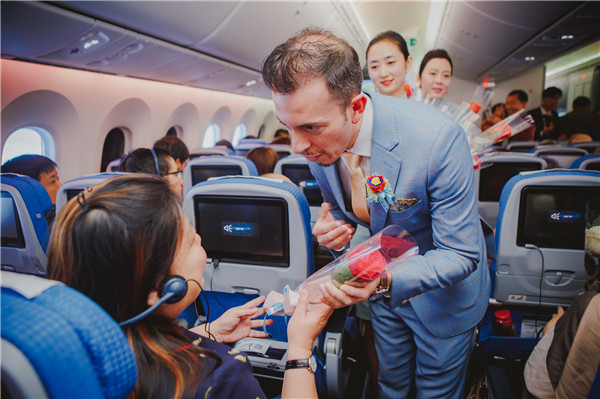 Mr. Carlos Larrea, Ambassador of the Republic of Ecuador to the People's Republic of China, announced the start of the event as the representative of the Ecuadorian side. This is the fourth time that Ecuador has launched this activity, which seeks to promote the search between Ecuadorian export companies and airlines. More and better opportunities for cooperation. 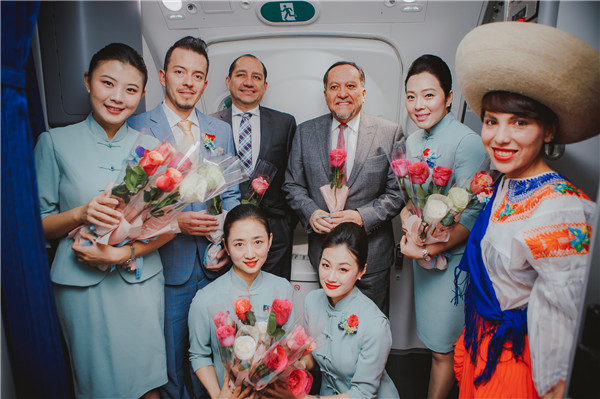 The previous three events have been accepted and recognized by the public and major media, which has made the business and cultural links between China and Ecuador closer. For this reason, the activities of 2019 have made important contributions to the development of bilateral economy and trade through the joint efforts of the government and enterprises.

This time, Ecuador presented more than 5,000 roses and other flowers at Guangzhou Baiyun International Airport, and these flowers will be given to domestic flights to central and northern China (Beijing, Shanghai, Chongqing, Xi'an, Dalian, Qingdao, Chengdu). And female passengers in Kunming).

At the same time, all first-class and business-class passengers tasted the specialty coffee of the Andean region of Ecuador and the high-quality prawns of Ecuador cooked by local famous chefs according to the Chinese cuisine. 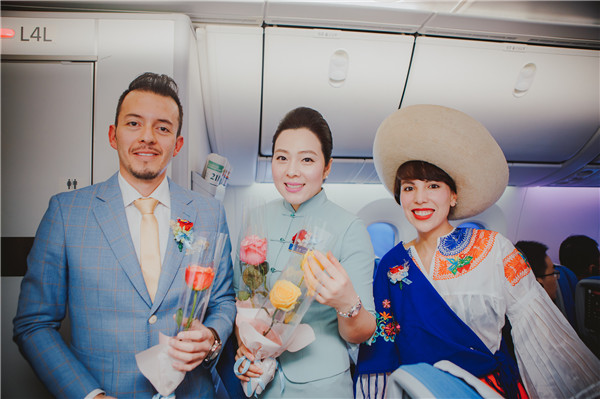 There is also an additional surprise gift to the airline's top management, local and international news media as well as first class passengers on domestic and international flights. They received a top-grade Ecuadorian chocolate made from 100% pure cocoa. The cocoa beans used in this chocolate include Arriba, Nacional and Fino de Aroma, both of which are produced in the "Piedra del Plata" of Manabí, where the cocoa tree is the longest and oldest species on the planet. The history can be traced back more than 5,000 years ago.

In 2018, Ecuador, as China's largest flower supplier (mainly Rose and Gypsophila), exported about 1,700 tons of flowers to China. The main reason is the beauty of the flowers, which are planted on slopes close to the volcano. These regions are also strategic regions and have made Ecuador the "closest country to the sun".

The Ecuadorian rose is also known for its long stems and colorful petals, and their beauty can last longer after cutting than other places of origin. Ecuador is also a major exporter of fresh-cut roses in the Chinese market, and its quality has been recognized by the international market. These flowers are mainly used for interior decoration and flower arrangement decoration for high-level social activities.

At the same time, Ecuadorian shrimp is also firmly established in the Chinese market and enjoys a high reputation internationally. Therefore, in 2018, Ecuador exported about 100,000 tons of white shrimp to China. This figure means an economic income worth 600 million US dollars, making this industry one of the most important industries in the country.

At the end, it benefited from the increasingly intensive economic transactions between China and Ecuador. In order to minimize possible barriers to communication between domestic exporters and Chinese importers, Ecuador has developed the official e-commerce platform e-Ecuador, through which the Ministry of Production, Foreign Trade, Investment and Fisheries is located all over the world. Offices around the world, import and export companies can easily access information and unimpeded communication.a