When talking about US’s ‘new’ policy on the South China Sea and its Indo-Pacific Strategy, Liu Xinsheng,Former Chinese Ambassador to Brunei, believes both will be less and less welcomed in the region because the geopolitical landscape of the South China Sea is turning to a rules-based order.

The ASEAN-China relationship was upgraded to a comprehensive strategic partnership during the ASEAN-China Special Summit to Commemorate the 30th Anniversary of ASEAN-China Dialogue Relations on November 22.

When talking about US’s ‘new’ policy on the South China Sea and its Indo-Pacific Strategy, Liu Xinsheng believes both will be less and less welcomed in the region because the geopolitical landscape of the South China Sea is turning to a rules-based order. 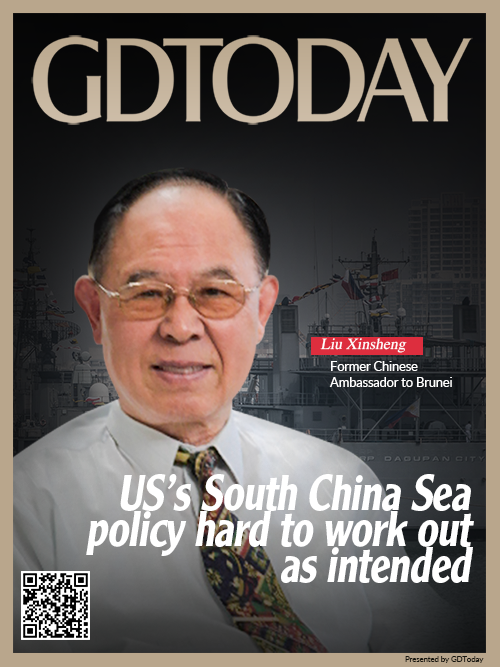 GDToday: The US has been retooling alliances under its Indo-Pacific Strategy. What’s your comment on the US’s involvement in the South China Sea issue? How will this affect China-ASEAN relations?

Firstly, the ASEAN countries have no intention to be involved in the competition between China and the United States. Singapore Prime Minister Lee Hsien Loong has already made this unwavering position clear to the international community on behalf of ASEAN. The US claims that it is not asking ASEAN to take sides, but it is obviously playing a double game. In fact, there has already been a consensus between China and ASEAN that the South China Sea issue is not the entirety of China-ASEAN relations, and most ASEAN members do not want to be involved in the competition between major powers because of the issues, which would affect economic and trade cooperation relations with China.

Secondly, the Philippines is the most important ally of the US in the South China Sea region, but Philippine President Rodrigo Duterte is unwilling to serve as the “cat’s-paw” of the US to carry out the‘new’South China Sea Policy. In his State of the Nation Address in July this year, Duterte made it clear once again that he would deal with the South China Sea dispute through diplomacy rather than geopolitical competition.

Last but not least, the US is trying to use the maritime dispute to provoke China-Vietnam relations, but the two countries have long agreed on avoiding the South China Sea issue from affecting the relations between them. In April this year, Vietnamese President Nguyen Xuan Phuc made it clear to China that Vietnam would be vigilant and resolute in resisting any attempts to undermine Vietnam-China relations and would never work with other countries to oppose China. The US can rope Vietnam in through arms supplies, vaccine aid and economic cooperation, but it cannot challenge the time-tested China-Vietnam relationship.

At present, the South China Sea situation has developed into a new stage of seeking peace and establishing order by rules. Since 2021, the Meeting of the China-Philippines Bilateral Consultation Mechanism on the South China Sea, which has been suspended for a year, has resumed. China and other ASEAN countries have reached a preliminary agreement on the “Preamble” of the “South China Sea Code of Conduct”, and the second deliberation of the Code of Conduct is being actively pushed forward in an online format.

Undeniably, the US’s policies and movements which involve military force and tactics have heated up the tactical confrontation and strategic competition between China and the US, and will lead certain disputants to implement unilateral offshore oil and gas resource exploitation plans, but they can not change the geopolitical pattern of the South China Sea region that has evolved from an out-of-order state to an orderly one. Therefore, the US’s ‘new’ policy on the South China Sea will not work out as intended.

ASEAN shows concerns of being marginalized and divided

GDToday: What are the different reactions of ASEAN countries to the US’s Indo-Pacific Strategy?

GDToday: Is it still possible for the ASEAN countries to seek balance between powers under the recent context?

Liu Xinsheng: 2021 marks the 30th anniversary of ASEAN-China Dialogue Relations. The China-ASEAN strategic partnership has been continuously enriched over the past 30 years. It is certain that the ASEAN will not change its long-held strategy that seeks to balance its relations with China and the West.

To commemorate the 30th anniversary, China and ASEAN have drawn a blueprint for development in the next 30 years, make joint efforts to push forward their relations to a new stage, and work together to build a closer China-ASEAN community with a shared future. I firmly believe the China-ASEAN relations will be more dynamic.

“Could Guangdong send a trade delegation to Brunei?”

GDToday: 2021 marks the 30th anniversary of the establishment of diplomatic ties between China and Brunei while Bruneiassumes the rotating chair of ASEAN.How did the China-Brunei relationship evolve over the past 30 years?

Liu Xinsheng: There are indeed special implications. Over 30 years, the bilateral trade volume has grown more than 200 times from less than 10 million USD at the beginning to 1.9 billion USD. Two-way investment has emerged and grown rapidly. So far, China has become Brunei’s third largest trading partner and the largest source of foreign investment.

After the outbreak of COVID-19, the two countries have written a new chapter of friendship by standing with each other and overcoming the difficulties together. As the first Chinese Ambassador to Brunei, I am pleased with such a promising development of the relationship between the two countries. Today, China and Brunei have become sincere friends and important partners for each other.

In the future, we can see that there are many essential opportunities. China and Brunei are taking the celebration of the ‘double 30th anniversaries’ as an opportunity to further strengthen the strategic convergence between China’s Long-Range Objectives Through to the Year 2035 and Brunei’s Vision 2035. The two countries are mutually beneficial in the field of economy and they can continue to steadily advance cooperation on major projects such as petrochemicals and actively cultivate new growth points.

Not long ago, both China and Brunei completed the approval process of the Regional Comprehensive Economic Partnership (RCEP), which will enter into force on January 1, 2022. After the RCEP comes into force, it will not only help boost economic connectivity in the Asia-Pacific region, accelerate the process of the integration of regional economy, promote economic and trade cooperation as well as economic growth, and inject new momentum into the regional economic recovery. 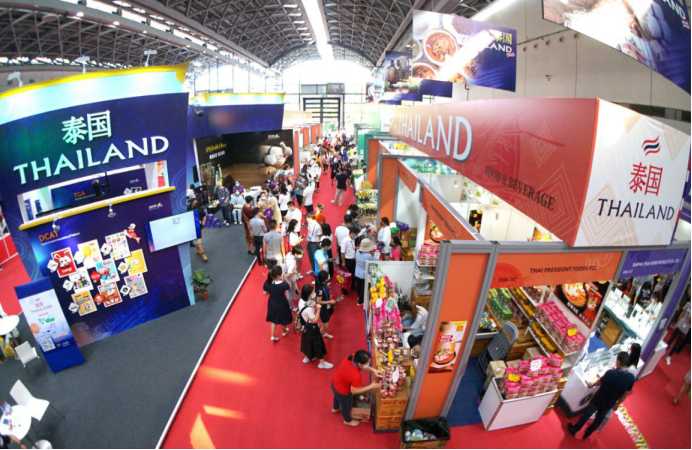 GDToday: Guangdong is the most economically active province with the largest volume of foreign trade in China. It’s also a famous originating point for many overseas Chinese. Do you have any suggestions for the future exchanges and cooperation between Guangdong and ASEAN?

Liu Xinsheng: Guangdong used to account for nearly 30 percent of China’s total trade volume with ASEAN by virtue of its favorable geographical and human advantages. Since the RCEP will come into effect in the near future, Guangdong has new opportunities to strengthen the economic and trade cooperation with ASEAN. Guangdong should make full use of the advantages of ASEAN’s role as an overseas Chinese hometown and seize the opportunities to achieve better and faster development.

As the saying goes, “everything is difficult at the beginning”. Above all, is it possible for Guangdong to take the 30th anniversary of the establishment of China-Brunei diplomatic ties as an opportunity to send a trade delegation to visit Brunei’s local markets, and emphasize the advantages of Guangdong’s geographical location and economic development there?