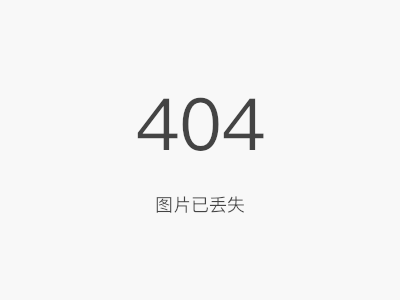 The ballet performances Goddess of the Luo Riveron and Carmina Burana on Saturday night at the David H. Koch Theater at Lincoln Center for the Performing Arts in New York performed by Guangzhou Ballet, presented by China Arts and Entertainment Group Ltd. [Photo provided to Newsgd.com]

In Goddess of the Luo River, the corps de ballet flowed across the stage in a variety of patterns, moving like water.

"It's really marvelous," Galeyn Remington, an audience member, observed after the show on Saturday at the David H. Koch Theater at the Lincoln Center for the Performing Arts in New York.

"The women lead dancers were so exquisite and fabulous, and the men's dancing was also very beautiful," she said. "I loved the grace and enjoyed it."

The performance was recomposed by Canadian choreographer Peter Quanz, based on a violin concerto.

The ballet performances Goddess of the Luo Riveron and Carmina Burana on Saturday night at the David H. Koch Theater at Lincoln Center for the Performing Arts in New York performed by Guangzhou Ballet, presented by China Arts and Entertainment Group Ltd. [Photo provided to Newsgd.com]

"Originally when I started working on the piece, I read a Chinese poem about having a lover on each side of the river who'll never meet but they are in love with each other," Quanz told the media before a preview performance.

"I thought the poem (to be) really evocative and gave many images I could use with the corps de ballet being the water, with them separating the two lovers," he said.

"I found it very easy to find the emotional quality in this Chinese poem," said Quanz, who has worked manly in China the past five years.

For the musical style, it features "grand as well as Eastern-classic lasting appeal. It established the romantic, solemn and stirring atmosphere in the emotional tone of the whole play. Dance music is driving the plot forward, like floating clouds and flowing water," the press release said.

Another ballet production, Carmina Burana, was performed the same night by Guangzhou Ballet, presented by the China Arts and Entertainment Group Ltd (CAEG).

Carmina Burana is considered one of the most complete and artistic medieval poems. For centuries, it was buried deep in a monastery south of Munich, Germany, and then made public.

According to Zou Gang, head of the Guangzhou Ballet, the contemporary version of Carmina Burana "is not a classical ballet in the usual sense, but an exploration and attempt of ballet and medieval poetry, aiming at the perfect integration of medieval poetry and music".

"Moreover, Western poetry and music is performed and interpreted by the Chinese ballet dancers, while integrating different cultural essences," he said.

The ballet has a repertoire of 18 large-scale dance operas and more than 70 small and medium-sized programs. It has toured more than 20 countries and regions, including Russia, the United Kingdom, Canada, France, Australia, and Germany.

CAEG stages on average more than 4,000 performances, exhibitions and cultural activities in over 200 cities in dozens of countries and regions, attracting more than 10 million attendees every year.